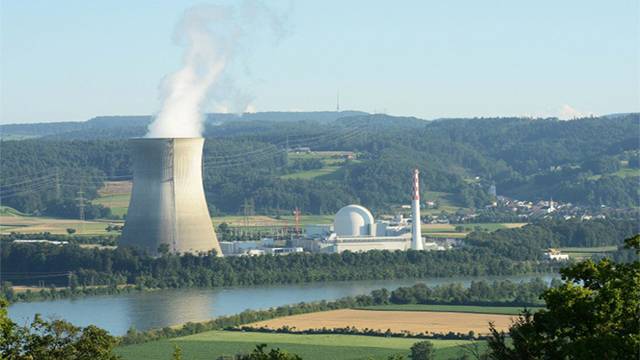 File: The trend away from nuclear is reflected in South Africa’s most recent Integrated Resource Plan for Electricity.

On 14 June the South African Ministry of Mineral Resources and Energy issued a controversial statement initiating a process that could lead to the construction of new nuclear power station. The timing of the release, on a Sunday evening with the country completely focused on the COVID-19 pandemic, suggested a secretive revival of the much maligned Zuma-era nuclear deal.

The statement accompanied an official request for information intending to let the ministry “gain insight into the cost of the programme, possible ownership structures, cost recovery, the end user cost and sustainability of the programme”. Interested parties are invited to submit non-binding proposals on how they might build, operate and finance nuclear facilities with a generating capacity of 2500 MW. This is slightly larger than Koeberg, South Africa’s only existing nuclear plant.

Nuclear energy has become a decreasingly popular mode of electricity generation, especially since the falling cost of wind and solar power allowed these technologies major inroads into energy markets. Last year the global completion rate of new nuclear plants dropped to four from about 30 per annum in the mid 1980’s.

The plants still being built now are typically running well behind schedule and construction costs are much higher than initially projected.

The trend away from nuclear is reflected in South Africa’s most recent Integrated Resource Plan for Electricity. This framework guides the government’s decision making in the power generation sector. No new nuclear plants are scheduled to become operational for the time period covered by this plan, 2019-2030.

But there’s a statement on new nuclear in the Integrated Resource plan that’s also central to the present controversy:

Commence preparations for a nuclear build programme to the extent of 2500 MW at a pace and scale that the country can afford.

This clause was presumably the subject of substantial debate and disagreement at the cabinet meeting that endorsed this plan. It replaced an earlier draft clause to “immediately commence the nuclear build programme”, without any consideration of affordability. We know about this earlier draft because it was published by mistake in the Government Gazette in the days that followed the cabinet meeting.

Linking a possible nuclear build to the condition of affordability is an old compromise designed to paper over deep cracks within the government and governing party between proponents and opponents of nuclear development.

But the problem remains that the position is widely open to interpretation and used to back diametrically opposed standpoints.

Economists argue that South Africa can’t afford new nuclear power stations for the foreseeable future. This is especially true in light of the post COVID-19 budget woes and massive cost overruns in recent mega-projects such as the Medupi and Kusile coal power stations. In response, nuclear proponents argue that a nuclear build would improve electricity security and boost infrastructure development.

The ambiguity of the government’s position is becoming a source of policy uncertainty. Concerns about reckless mega-project investments have also hastened credit rating downgrades.

What’s making things worse is that the ministry has been slow and obstructive in implementing a much shorter term aspect of the Integrated Resource Plan – the roll out of new renewable energy plants. This has exposed the government to accusations that it can’t be relied on to implement its own energy strategies.

The dragging of heels on renewable energy is in sharp contrast to the speed with which the government is moving with respect to nuclear. Especially because according to the Integrated Resource Plan, any new nuclear plants would only become operational after 2030.

Trying to make sense of the mixed messages

The government’s seeming embracing of new nuclear may be interpreted in several ways:

I’m deliberately not considering the popular perception that nuclear may be supported due to better opportunities for personal gain through tenders.

If the last point is the motivation then this is unlikely to work. No bidder would submit a pricing structure or financing options under the request for information that would appear unaffordable for the country. The true projected costs would only be disclosed once the country commits to a nuclear build and invites binding bids. Even then further cost escalation is likely.

There’s also speculation that one of the options that may feature in a request for information is the so-called Small Modular Reactor. This is a new-technology mini nuclear plant championed by individuals such as Bill Gates. The technology is however not yet commercially available, and is still expected to be uncompetitive compared to renewables.

Not a time to talk about big nuclear

The policy uncertainty and mixed messaging relating to South Africa’s position on nuclear will harm South Africa’s post COVID-19 economic recovery. There’s no way that a nuclear build can be pulled off with state funds in these times of budget shortfalls and ballooning debt.

An alternative option is a nuclear build that’s in part financed by a foreign developer. But this entails incurring an additional national debt that would eventually have to be repaid with interest, or higher electricity rates.