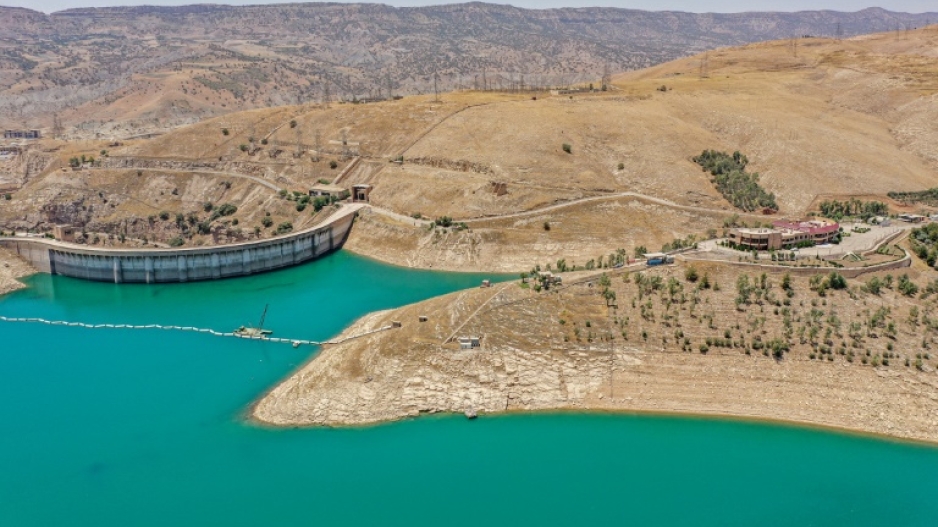 LAKE DUKAN - Farmers in Iraqi Kurdistan seeking to irrigate crops face seeing their economic lifeline slip away as the waters of Lake Dukan recede and dams upstream in Iran stem the flow.

Bapir Kalkani, who is also a trade unionist, farms near the picturesque lake but has seen marked changes over the past three years as Iraq suffers prolonged drought.

"There was water where I'm standing now" in 2019, the 56-year-old said. "It used to go three kilometres further, but the level has retreated."

Sesame and beans are being grown on the plain under a blazing sun, adjacent to the lake which is fed by a Tigris tributary, the Lower Zab river which has its source in Iran. 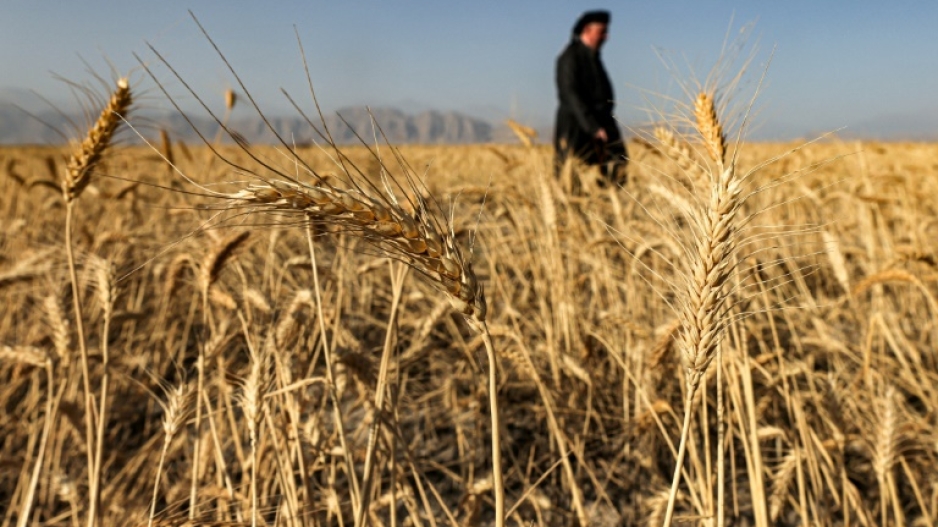 The large artificial lake was created in the 1950s following construction of the Dukan dam, to supply irrigation and drinking water for the region, as well as to generate electricity.

But for several years both the lake and the river have been shrinking -- as have all of the rivers in Iraq.

The country is classified as one of the five nations most vulnerable to the effects of climate change and desertification.

Its water reserves have fallen by 60 percent compared with last year, the government says.

With rainfall becoming a rarity and after three successive years of drought, Iraq has been forced to halve the area it devotes to agriculture.

"If we hadn't had a little rain in late spring, there would have been no crops in Kurdistan this year," Kalkani said.

Farmers in the area used to dig shallow wells fed by the Dukan so they could irrigate their crops. But not anymore. 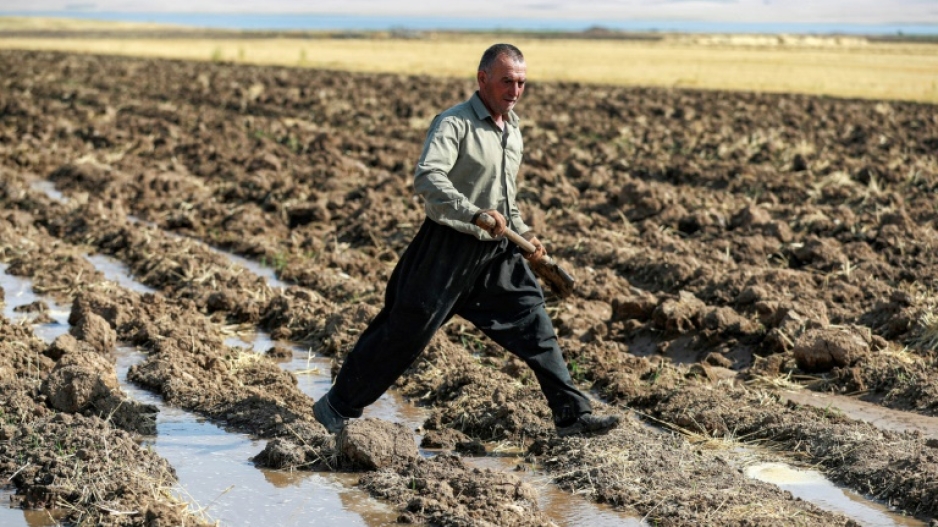 A Kurdish farmer digs with a shovel irrigation ditches for water supplied from a well, in the Rania district near the Dukan Dam

"The wells have lost 70 percent of their water," he said.

Sesame farmer Shirko Aziz Ahmed had to dig a well several metres deep so he could access water and raise it using a diesel-powered pump.

"Sesame needs a lot of watering, so I'm going to have to dig even deeper as the water level goes down," he said.

Drought is not the only source of the farmer's water problems.

Iran has built several dams on the Lower Zab, notably the Kolsa barrage.

"The Kolsa dam has caused at least an 80 percent drop in the water levels" of the Lower Zab, said Banafsheh Keynoush of the Washington-based Middle East Institute.

She said Iran is going through one of the worst droughts in its history and has had to revise its irrigation policy.

"Iran is on a dam-building spree, and many of its dams are small," she told AFP.

The Dukan dam in Iraq has also been badly affected by the reduced river flow, said its director Kochar Jamal Tawfeeq.

"Now we have only 41 percent, below half of the capacity" of the dam, he said.

It supplies drinking water for "about three million people in Sulaymaniyah and Kirkuk", two major cities downstream, he said.

But at just 300mm of rainfall last year -- half the previous annual average -- the skies have not been generous. And Tawfeeq said 2022 is on track to mirror last year's figures. 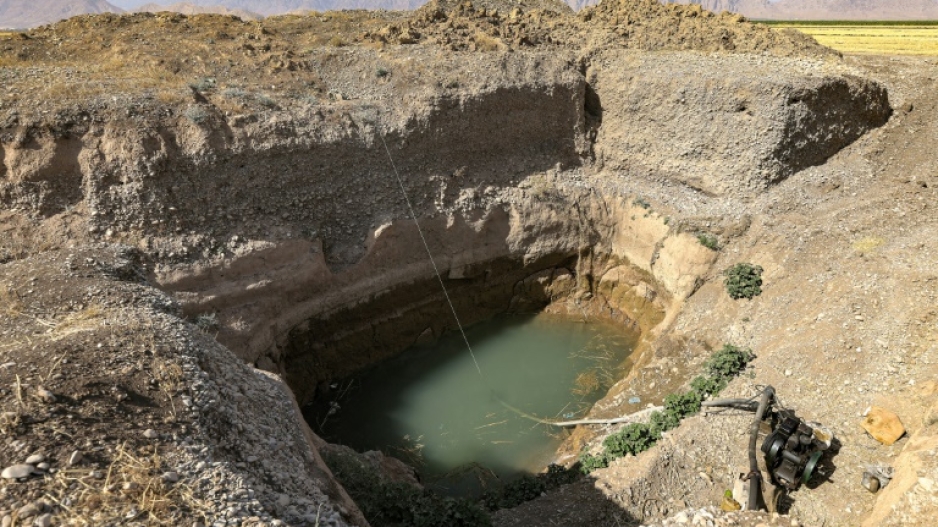 A pump drawing out water from a farmer's irrigation well in the Rania district, near the Dukan Dam

Tawfeeq said farmers were being told "not to grow crops that need too much water".

He said Baghdad had sent teams to Iran to discuss the reduced flow of the Lower Zab river, but "there's no cooperation from the Iranians".

Iran contends its river flow contribution into the Tigris and Euphrates basin is only about six percent, according to Keynoush.

"What Iran is trying to say is: 'The Euphrates and Tigris problems you have are really between you and Turkey'," where the two main rivers have their sources, she added.

But Iraq itself is not above criticism, said Azzam Alwash, founder of the Nature Iraq non-government organisation and presidential adviser.

Iraqi Kurdistan in the north plans to construct new dams but the projects lack any coordination with Baghdad, Alwash said.

Downstream, in central and south Iraq, the situation is being exasperated by a lack of modernisation of water resources and could result in disaster, he warned.