Lockdown didn't work in SA: Why it shouldn't happen again 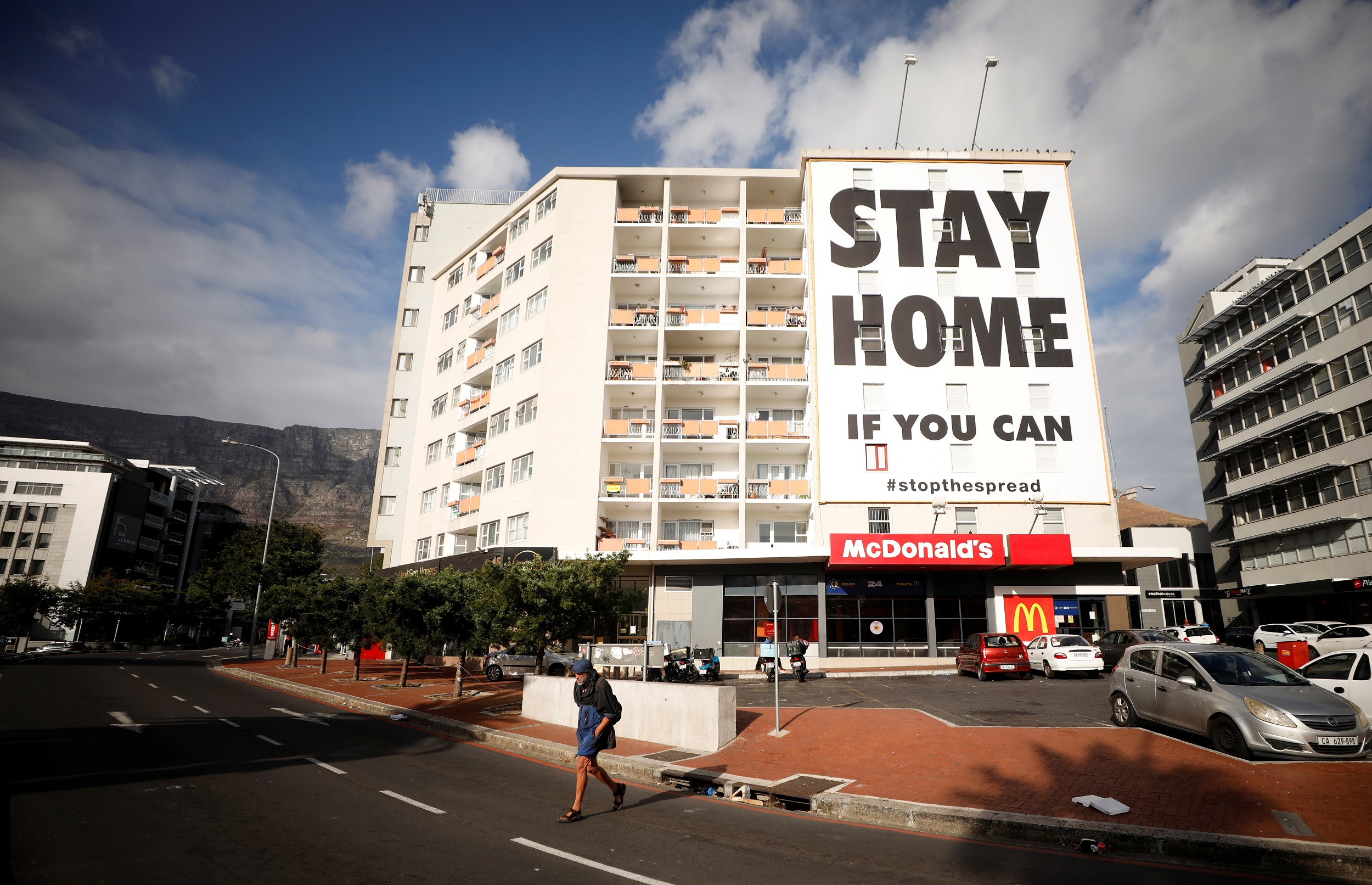 File: The evidence suggests that lockdown was not an effective strategy against COVID-19 in South Africa. Reuters/Mike Hutchings

At the start of October, the World Health Organisation (WHO) and the Chinese government lauded South Africa’s response to the global COVID-19 pandemic. Yet data concerning both the spread of the virus and the indirect consequences of the lockdown suggest that the severe restrictions imposed in South Africa – some of the strictest in the world – were far from effective.

We recently reviewed the evidence for the effectiveness of the lockdown at slowing the spread of the pandemic. The mitigation strategies initially implemented may well have gone some way to “flattening-the-curve” – that is, reducing the rate at which the virus spreads through the population. But we found no decline in either daily new cases or deaths between around 27 March, which was the first day of level 5; and the latter part of July, when cases began to tail off during level 3.

Lockdown level 5 in South Africa was one of the world’s strictest. Citizens weren’t allowed to leave their residence except for essential purposes such as grocery shopping and medical care. All non-essential businesses were shut down, and cigarette and alcohol sales were banned.

If this “hard lockdown” had been effective, the rate of infection would have dropped significantly 7-14 days after lockdown was implemented. Note that one must look for a delay due to the disease’s 5-6 day average incubation period, and time for test results to be released. This simply did not happen.

Of course, the number of cases did increase over time, but what counts is whether the rate of increase changed when lockdowns changed.

We found no such changes. As lockdown restrictions were relaxed and South Africa entered levels 4 and 3, when much of the economy re-opened and restrictions on movement were substantially reduced, there was no increase in the rate of infection.

In fact, during level 3, the pandemic peaked. And as the country entered level 2, the pandemic started to recede. If lockdown regulations were having the intended effect, one would expect the rate of infection to spike as restrictions were relaxed. This did not happen.

It is important to bear in mind that the correct way to assess harder lockdown measures is not against total inaction, but against a baseline of mitigation strategies such as the lockdown level 1 which is now in place. We found a sharp change in cases that could be attributable to initial mitigation strategies. But there were no subsequent changes that might be attributed to further regulation changes.

The evidence suggests that lockdown was not an effective strategy against COVID-19 in South Africa.

Was it the wrong decision?

It is easy to be right after the fact. However, in this case, it was easy to see from the outset that lockdowns would be unfeasible in much of South Africa, and in the region more generally. Overcrowded conditions, reliance on social grants and food parcels for which queuing is necessary, and shared ablutions all substantially change the effect of a regulation that says “stay at home”.

Given the age demographics in African countries, and the existing data on those the disease affects most (primarily the elderly), Africa’s population would be less susceptible to COVID-19 than its counterparts in Europe and the USA. A hard lockdown was always wrong for South Africa.

Further, the contextual conditions of Africans meant that lockdown strategies were unlikely to be very effective in curbing the spread of the virus, and the unintended health and non-health consequences of such interventions were likely to be more damaging than the virus itself. We thus previously warned against implementing the kind of lockdown strategies that may be effective in the West, and to look for interventions more suited to the African context.

It seems to us that South Africa succumbed to international pressure rather than considering what was best for its own particular circumstances. That is understandable, but it must not happen again.

The economic costs of lockdown in South Africa were enormous.

In addition to the economic costs, significant damage was done to South Africa’s existing health programmes. Despite valiant efforts from the Department of Health to maintain the availability of free HIV testing throughout the country, there was a huge reduction in HIV testing of 57% from 1.6 million in March to 590,000 in April as travel restrictions put strains on community testing. As a result of interruptions to testing and to the availability of chronic medications, deaths from HIV and tuberculosis are projected to increase by 10% and 20% respectively over 5 years. That’s 63,000 excess TB deaths, alone, exceeding any reasonable estimate of lives saved by the ineffective lockdown.

At the time of writing, there were 17,547 recorded COVID-19 deaths. But even if one attributes all of South Africa’s 45,213 excess deaths in 2020 to COVID-19, the fact that the rate of infection was not affected by changes to lockdown regulations strongly suggests this number would be no higher had the country not gone into a hard lockdown.

These measures were implemented, one might note, off the back of wildly inaccurate COVID-19 mortality projections of up to 351,000 deaths.

Even though we didn’t agree with it, putting South Africa into a hard lockdown was understandable as a precautionary measure in a state of ignorance.

However, there is no evidence for the effectiveness of these drastic actions.

The silver lining is that, if our analysis is correct, there is currently little reason to fear a severe second wave in South Africa (or the region generally). The most likely reason for the ineffectiveness of lockdown is that it did not reduce social contact sufficiently to achieve suppression (reproduction number below 1). Therefore exposure has probably been widespread, and dramatic resurgence is not likely.

Even if there is a resurgence, the government mustn’t be tempted to start implementing similar strategies. Effectiveness is local, and there is no evidence that lockdown works in South Africa. As experience with HIV has conclusively shown, it is vitally important to understand the context before implementing public health interventions.