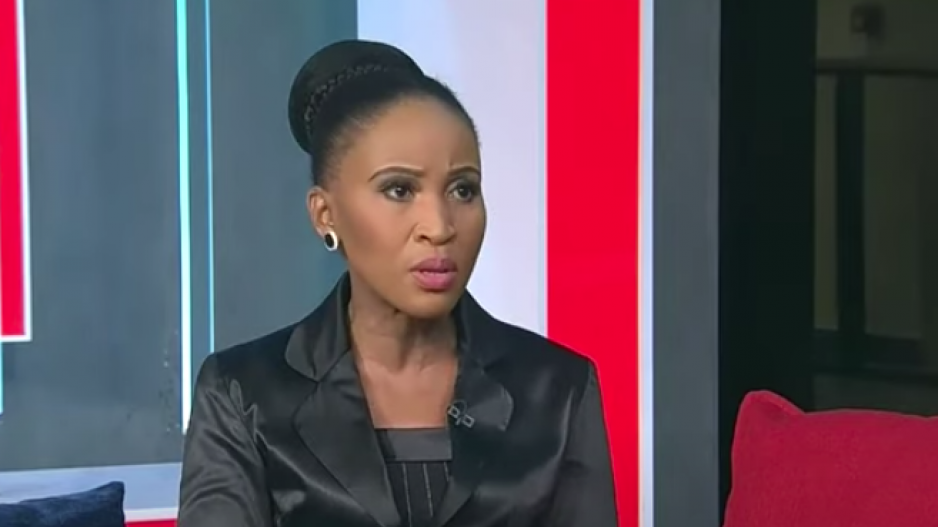 South Africa’s nationwide local government elections held on 1 November 2021 saw a continuing trend of no outright winners in some key cities, resulting in coalition governments. This is a relatively new phenomenon in South Africa, resulting from the decline in support for the African National Congress, which has dominated politics since democracy in 1994. The coalition governments have been marred by volatility and instability, owing to posturing and power plays. Research specialist Joleen Steyn Kotze talks to Mpho Phalatse, from the opposition Democratic Alliance, the first woman to be elected the mayor of the economic powerhouse of Johannesburg.

Local government councils are often political theatres. How do you manage this?

Mpho Phalatse: Multi-party governance requires a high level of political maturity and a full understanding of our role in society. It can be brought into focus through the Kenyan proverb when two elephants fight it is the grass that suffers. Meaning that our political disagreements leave communities without services such as healthcare, safety, security, housing as well as job opportunities.

While as partners we have agreed on certain principles and values, which are non-negotiable, there are matters that we may not agree on and that require negotiation, which play into processes like budgets. Without the budget, there can be no government. Ultimately it is the people that suffer.

So, we cannot be ideologically rigid or stubborn. All parties must compromise.

What are the interventions you will advance to ensure meaningful change?

Mpho Phalatse: Before we can start hoisting up cranes and rolling out capital projects, we need get the basics right. These are the foundation on which we are going to build the city we desire.

These basics align with our priorities. When we table the state of the city address in April, followed by the budget in May, these will signal the start of the multi-party government’s full control of the city and its direction.

Some basics include establishing good governance as the gold standard. This means playing by the book, identifying corruption and acting against it. This way, we can stop financial leaks in the system and direct those funds to their intended service delivery programmes.

Through operation Buya Mthetho, a campaign aimed at restoring rule of law and creating safe communities, as well as a revenue collection programme we have identified that our revenue collection is not where it ought to be. So, we have embarked on a campaign to collect as much of the R38-billion owed to the city in outstanding rates, taxes and levies. Those who have the means to pay but simply refuse to, have their service suspended until they pay what is owed.

For those who are unable to pay, we have reopened the debt rehabilitation programme. It assists financially distressed ratepayers and defaulting customers to bring their outstanding municipal accounts up to date.

We have also accelerated maintenance projects. Our service delivery teams from City Parks and Zoo, the Johannesburg Roads Agency, Joburg Water and City Power are conducting region-by-region blitzes to fix potholes, clean open spaces and curbs and cut trees, paint lines on the roads, fix traffic signals, repair leaking pipes and taps, and so on. This is part of getting the basics right.

We have deployed an additional 1,800 city police officers to supplement existing patrols to prevent and fight crime in the Central Business District (CBD) and other business nodes. We will be deploying 150 park rangers to safeguard the city’s open spaces.

The rejuvenation of the CBD is important. We have begun taking back hijacked buildings – buildings, mostly in the CBD, which were either shuttered or abandoned by their owners and taken over by criminal syndicates who then rented out without paying rates and taxes – and returning them to their owners. If the owners can’t be traced, we will convert the buildings into affordable housing, among other things, to bring more people closer to economic opportunities.

And we recently launched a site and services project in the Zandspruit informal settlement that will bring decent housing to communities that have been left behind.

Your term will be five years. What legacy would you like to leave?

Mpho Phalatse: The administration of the city must work, regardless of who leads it politically. This means having professional, skilled and dedicated staff at all levels who appreciate what it means to work for local government.

One can have the best political and policy intentions but, without a working administration, making ones’ priorities reality becomes difficult. This is why I am obsessed with getting the basics right.

In short, governments come and go, so we must leave the administration stronger than we found it so that there is smooth transition between governments as well as lasting and equitable development.

How will you ensure balanced consultation in the volatile context of coalitions?

Mpho Phalatse: Consultation and implementation are not mutually exclusive. It is understanding what we need to consult on. For example, we consulted extensively ahead of the adjustment budget. We will also consult ahead of the budget in May.

The budget is a key policy and implementation document. Once we pass it, we’ll get on with the job of delivering services.

There was wide consultation on the appointment of board members to serve the municipal entities. Thus, we have highly qualified board members who must now be given the space to do their jobs. Likewise, we will again consult on appointing the right city manager.

All multi-party partners understand what needs to be done.

What are the lessons from the previous coalition governments?

In many ways we are writing the multi-party government playbook as we go. But, key to the success of this project is working together, mutual respect and abiding by the coalition agreement all partners have signed.

In a nutshell, the rules of engagement must be clear, understood and followed.

Joleen Steyn Kotze, Senior Research Specialist in Democracy and Citizenship at the Human Science Research Council and a Research Fellow Centre for African Studies, University of the Free State