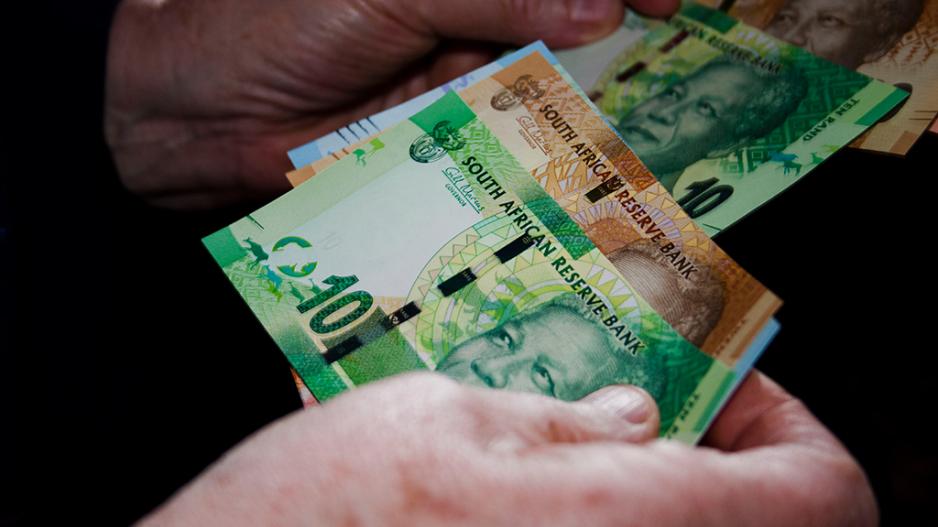 JOHANNESBURG - The new dawn promised by Cyril Ramaphosa when he took over as president of the country as well as the African National Congress (ANC) last year was always going to break slowly for South Africa’s public finances. This was because it was inevitable that the damaging effects wrought by his predecessor, Jacob Zuma, would continue for a long time.

This year’s medium-term budget – an outline of state spending, revenue collection and borrowing over the next three fiscal years – suggests that the damage was deep. It also suggests that the new political administration is unable to stabilise public finances and increase economic growth.

Five years ago the then Finance Minister Nhlanhla Nene promised to stabilise national debt at less than 50 percent of the size of the economy. It is now projected to breach 60 percent this year and grow to more than 70 percent by 2022/23 and 80 percent by 2027/28.

This dire outlook is a function of three main factors that are to some extent related. These are consistently low economic growth, revenue collection below targets, and support for state-owned enterprises beyond what had been planned in past years.

Economic growth for 2019/20 is now expected to be only 0.5 percent. This is significantly below the 1.5 percent forecast in the February budget and means that economic activity is increasing more slowly than estimated population growth.

Slow growth has had an impact on tax revenue, which is now expected to be approximately R250bn below what was forecast in the 2019 budget. Meanwhile, additional support to state-owned enterprises like the power utility Eskom has caused the government to exceed its expenditure ceiling in the current year. It will need continued support, amounting to hundreds of billions over the next ten years.

Changes are needed, but where and how?

Bad policies, and some good

The Minister of Finance, Tito Mboweni , rightly notes that it cannot be business as usual. As he pointed out yesterday, sacrifices must be made and stale ways of thinking must be disrupted.

But it appears that the winds required to clear stuffy heads and focus minds may not yet be blowing through the corridors of those who inform and determine public finance decisions.

A major concern is that government’s resolve is strongest on policies that are actually quite suspect. Some reflect the need for political rhetoric. But in many places it does reflect questionable policy positions.

One of these is the institutional separation of Eskom, even though the case for this as a crisis management tool is unconvincing.

The minister said yesterday that such enterprises must learn to stand on their own feet.

This makes for a nice soundbite. But it papers over the origins of these crises and says nothing about the role these enterprises were expected to play in a developmental state.

Similarly, the idea that managers of these enterprises should be rewarded or punished based on meeting financial targets seems sensible until the case of the transport and logistics enterprise, Transnet, is brought into focus. The entity’s financial outcomes have often been relatively good because its port charges have been excessive for many years.

Another is the notion that introducing economic regulation and more private sector involvement in areas like transport will resolve problems that are mostly to do with basic failures by the state.

Read more: South Africa is planning more regulators: this is a bad idea

And in the area of employment, the renewed commitment to the employment tax incentive is unsupported by any credible evidence of its efficacy. This means that it is likely simply to be a handout to the private sector at a time when the money could instead be used to create jobs at the coalface of public service delivery.

There were some positives, such as proposals on politicians’ salaries. These will be frozen and perks cut. And although no clear recommendations have yet been made, there appears to be an understanding that if the public sector wage bill is reduced, employees earning the most will also need to take the largest reductions.

This provides some credible basis for difficult negotiations with public-sector unions. Those should be focused on reducing – or limiting – salaries, rather than reducing posts in a country where unemployment is at record highs and key service delivery areas remain understaffed.

It appears that compromises on public sector wages may be what the treasury is targeting in its efforts to somewhat reduce the anticipated escalation in debt levels. The policy statement says that the budget in February 2020 will announce R150bn of adjustments. Some may come from additional tax. But most will come from reductions in planned spending.

Other positive aspects include increased allocations to institutions critical for addressing the legacy of state capture and increasing revenue. These include the National Prosecuting Authority and the South African Revenue Service.

The minister also showed a clear appreciation of the fact that subsidising the national airline, South African Airways, is a highly regressive use of funds which must be stopped. And Gauteng province has been pulled back into line on the question of e-tolls, with government continuing to insist that road users must pay for the infrastructure they have benefited from. Whether this will have any tangible effect remains to be seen.

The minister argues that the medium-term budget is supposed to stimulate debate. But, in fact, history tells us that the national treasury never meaningfully changes its plans in response to public input. So now it is a matter of waiting to see what comes from behind-the-scenes negotiations with public sector unions and between spheres and departments of government.

Regardless of what proposals are ultimately tabled when the minister of finance stands before parliament to deliver the full-year budget in February, the long dark economic winter in which South Africa finds itself seems likely to persist for some time.

Ramaphosa has done relatively well in rolling back state capture in various key institutions. For the moment he appears to have solidified his political position, with internal opponents increasingly muted and opposition parties in disarray. And the immediate focus of the treasury is necessarily on merely stabilising public finances.

But a much broader state and societal effort is required to bring about the new dawn promised by Ramaphosa’s ascendance. At the heart of such an effort is further reform of state institutions whose functioning, in complex areas like education, is key for development. So too is the much-talked-about “social compact” in which organised business and labour in particular – as well as those societal groups that can – make some sacrifices for the long-term public interest.

Ramaphosa remains arguably the best politician in the country to do this, but it remains an almost Herculean task.