The Mueller report is out, but the probes continue 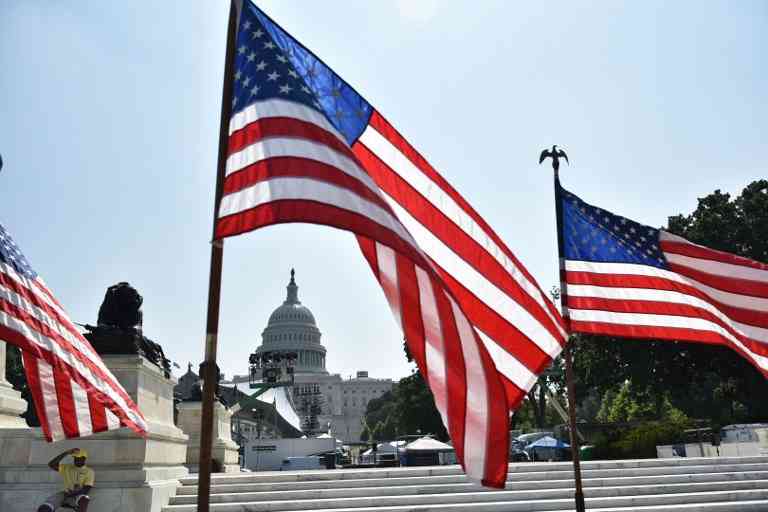 File: President Donald Trump's national security advisor, Robert O'Brien, said the government is "monitoring" the decision by British Airways to suspend all flights to and from China.

WASHINGTON - Special Counsel Robert Mueller's report into Russian interference in US democracy is done, but the investigation isn't finished.

The final report from the probe, released on Thursday, made clear that more than a dozen other cases, most of them secret, remain in the pipeline.

About 10 percent of the 448-page report was blacked out, with many of the redactions explained as being information on "ongoing matters" -- unspecified cases still under probe by the Justice Department and the FBI.

Some ongoing matters are known. Of all the charges lodged by Mueller's team, 26 are against Russian individuals and three against Russian companies that are out of the reach of US prosecutors. The cases remain open and active, the report says.

Of the eight others charged by Mueller, five have been sentenced, two await sentencing and one -- Roger Stone, a former consultant to President Donald Trump's 2016 campaign -- is awaiting trial after his arrest in January. Some details of his case remain secret.

In a case spun off by Mueller, US businessman Bijan Rafekian and Turkish national Kamil Ekim Alptekin face charges of illegally acting as agents of Turkey and lying to investigators.

Beyond that, the Mueller report indicates another 15 ongoing investigations linked to the original Russia meddling probe.

Two are developed cases that Mueller's now-shuttered office transferred to the FBI and Justice Department.

One, the report indicates, involves "individuals and entities" related to the case of former Trump campaign chairman Paul Manafort.

READ: Trump uses GoT image to declare Russia saga over

Manafort was sentenced to 90 months in prison on charges mostly related to payments for his work for the Russia-backed Ukraine government years ago.

There are no hints about the second transferred case. It could be an investigation only known to involve an unnamed foreign, government-owned company.

That company has been fighting a grand jury subpoena of its records, and has been ordered to pay a $50,000-a-day fine until it hands them over.

In addition, the Mueller report lists 14 investigations he referred to other federal prosecutors.

Two are known: the already completed case of former Trump lawyer Michael Cohen, who admitted multiple charges and was sentenced to three years in prison; and lawyer Greg Craig, recently charged with illegal lobbying for the Ukraine government in relation to Manafort's activities.

The other 12 referred cases were listed with no identifying information. They could involve many things, including Trump's finances and business practices, and possibly the business of other members of his campaign.

One possible indication is the redactions in Mueller's report. The largest amount of blacked-out information relates to Moscow's interference activities -- hacking by the GRU intelligence agency and social media manipulation by the Internet Research Agency, a troll farm.

Mueller indicted 25 Russians for conspiracy in those operations, but the "ongoing matters" redactions suggest that prosecutors have more in their sights.

Another group of redactions appears to involve WikiLeaks, which published the GRU-hacked material and coordinated its actions with the Trump campaign, in part through Stone.

The Justice Department is already seeking the extradition of WikiLeaks founder Julian Assange from Britain on charges related to leaks of US secrets in 2010.

But the government could also be weighing charges related to the 2016 election.