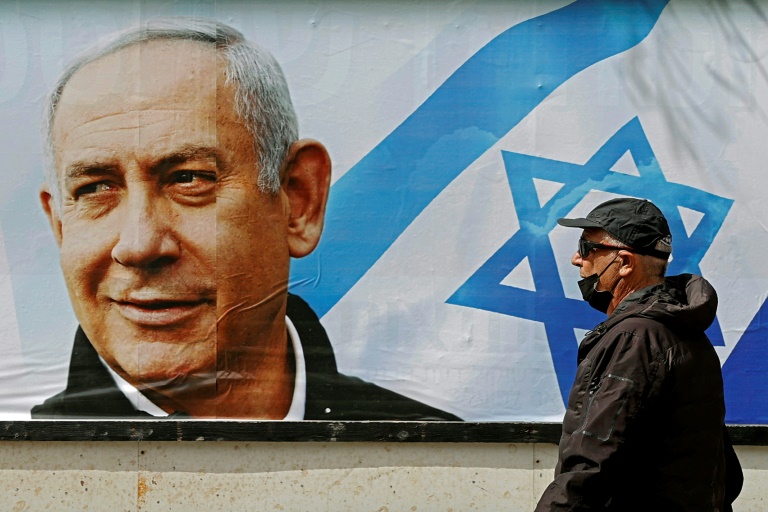 JERUSALEM - Benjamin Netanyahu has remained in power as Israeli prime minister for a record 12 consecutive years, partly by convincing some voters that only he can keep the Jewish state safe while defending it on the world stage.

But on March 23, the 71-year-old wily politician faces his fourth re-election contest in less than two years, after repeatedly failing to unite a coalition behind him, despite his devoted right-wing base.

Since Israelis last voted a year ago, support for Netanyahu's Likud may have even dipped, despite clinching historic normalisation agreements with four Arab states and unrolling a world-beating Covid-19 vaccination campaign, the envy of many nations.

One reason why his political standing remains fragile is that his dealings with coalition partners are so often undermined by mistrust, said Colin Shindler, a leading Israel scholar at London's SOAS University.

"You trust people insofar as you can use them, as you can pretend to forge friendships and alliances with them," said Shindler, author of "The Rise of the Israel Right: from Odessa to Hebron."

"But at the end of the day your core belief is to protect yourself and survive," Schindler told AFP. "That is how I perceive Netanyahu."

Yet despite being the first sitting Israeli premier indicted while in office over corruption allegations which he denies, Netanyahu may well survive the ballot box again.

That is because part of the electorate still sees him as the safest available pair of hands to guide the nation, Shindler said.

"That's the reason he's still in power. He's the national goalkeeper and he doesn't let in any goals."

- Shaped by father and brother -

He is the son of a historian who was active in right-wing Zionist groups, an ideological inheritance that helped shaped the premier's political career.

Addressing the World Holocaust Forum last year, Netanyahu said the Jewish people had a mandate "to always take seriously the threats of those who seek our destruction".

"To confront threats even when they are small; and above all, to always have the power to defend ourselves by ourselves."

An occasional cigar smoker with a husky voice and greying comb-over, the broad, burly and square-jawed Netanyahu has two sons with his wife Sara and a daughter from a previous marriage.

His brother, Yonatan, was the only Israeli soldier killed in a commando raid to free hostages at Uganda's Entebbe airport in 1976.

It was an experience which was to mark him deeply and Netanyahu called the event "one of great personal consequence".

He was raised partly in the United States and graduated from the prestigious Massachusetts Institute of Technology.

His perfect English made him a fixture on US television channels defending Israel through the late 1980s and early 1990s, exposure that raised his political profile both at home and abroad.

A sceptic of the Oslo Peace Accords, Netanyahu became Likud's leader in 1993 and led the party to victory as Israel's youngest-ever prime minister in 1996, aged 46.

He lost power in 1999, but regained it 10 years later and has not relinquished it since.

Netanyahu has not engaged in substantive peace talks with the Palestinians while overseeing a boom of Jewish settlement expansion in the occupied West Bank.

He frequently cites the risks Israel faces from the Lebanese Shiite Muslim group Hezbollah and has called Iran's regime the greatest threat to the Jewish people since Nazi Germany. 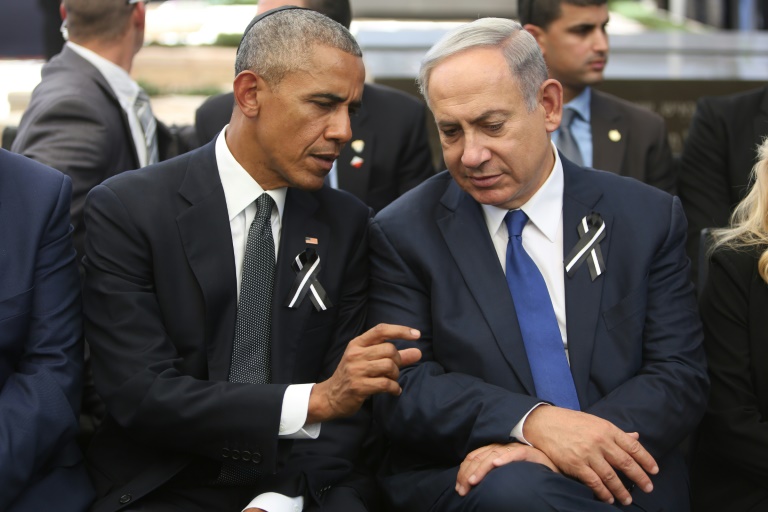 In one of the most controversial diplomatic episodes of his tenure, Netanyahu addressed a joint session of the US Congress in 2015 without having been invited by then president Barack Obama to condemn Obama's nuclear negotiations with Iran.

Netanyahu's "vision of himself as the chief defender of the Jewish people against calamity allowed him to justify almost anything that would keep him in power," Obama wrote in his presidential memoir, "A Promised Land."

Following three inconclusive elections in 2019 and 2020, Netanyahu agreed to a unity government with his rival, the centrist Benny Gantz.

The three-year coalition formed in May called for Netanyahu to hand power to Gantz after 18 months.

But Netanyahu experts widely predicted he would find a way to sink the coalition before allowing Gantz to become prime minister.

And as a deadline approached to either pass a government-saving budget or let it collapse, forcing a fourth election, Netanyahu baulked.

Gantz said "he had no illusions" about Netanyahu when he entered the coalition, but had hoped that the pandemic and the economic crisis it wrought would compel the premier to opt for political calm over another vote.

"Much to my dismay, that didn't happen," Gantz said, days before the government fell.

"Netanyahu didn't lie to me. He lied to all of you."