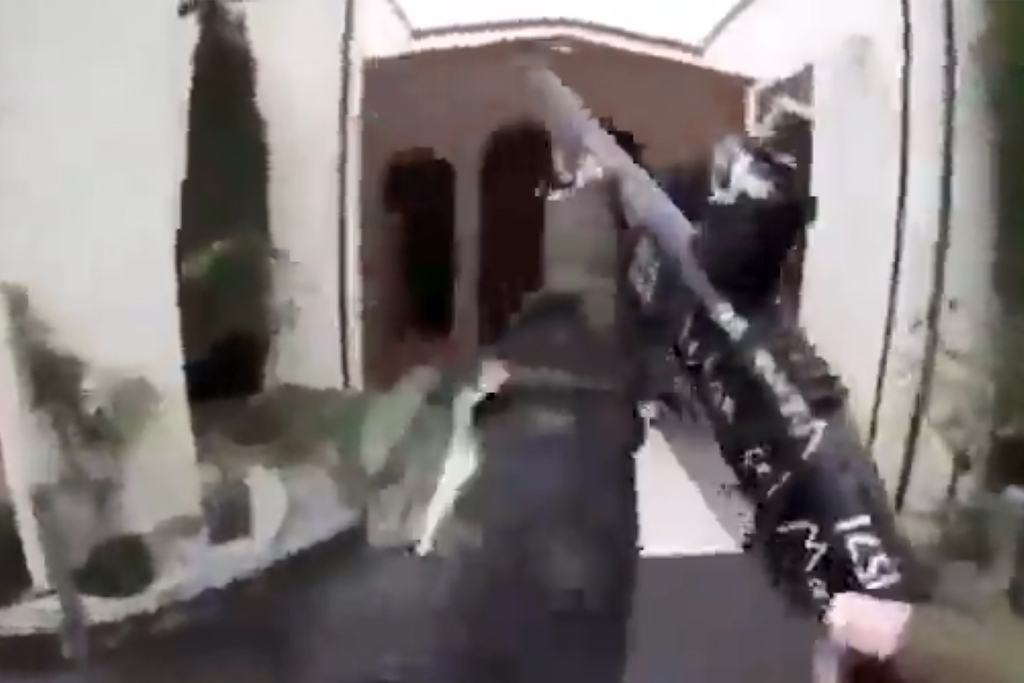 Facebook said it "quickly" removed a live video from the suspected gunman in twin mosque shootings in Christchurch that killed at least 49 people.

WASHINGTON - A horrific video of the New Zealand mosque massacre was blocked by Facebook during its livestream but circulated on other social media, highlighting the challenges faced by internet platforms in curbing the spread of violent content.

Facebook said it "quickly" removed a live video from the suspected gunman in twin mosque shootings in Christchurch that killed at least 49 people.

But the livestream lasting 17 minutes was shared repeatedly on YouTube and Twitter, and internet platforms were scrambling to remove videos being reposted of the gruesome scene.

The major internet platforms have pledged to crack down on sharing of violent images and other inappropriate content through automated systems and human monitoring, but critics say it isn't working.

"There's no excuse for the content from that livestream to be still circulating on social media now," said Lucinda Creighton, a former government minister in Ireland and an advisor to the Counter Extremism Project, which campaigns to remove violent internet content.

The online platforms "say they have their own technologies but we don't know what that is. There is no transparency, and it's obviously not working," she told AFP.

The organisation has developed technology that would flag certain kinds of violent content and offered it to internet firms, but has been rebuffed.

Internet platforms have cooperated to develop technology that filters child pornography, but have stopped short of joining forces on violent content.

Facebook has said it uses a combination of technology tools along with its own monitors and community reports to take down inappropriate content.

While Facebook has hired about 20,000 moderators, several media reports have highlighted the stress it puts on people to watch violent content, and problems dealing with live videos.

"We are adding each video we to find to an internal data base which enables us to detect and automatically remove copies of the videos when uploaded again," she said in a statement.

"We urge people to report all instances to us so our systems can block the video from being shared again."

New Zealand police, in a Twitter message early Friday, urged people not to share the "extremely distressing" footage from the Christchurch killings, which were seen on platforms such as 4chan and Reddit and some media websites.

"We would strongly urge that the link not be shared. We are working to have any footage removed," the country's police department tweeted.

A Twitter spokesperson said issues such as the Christchurch video were handled rigorously by a dedicated team, adding that the platform cooperates with law enforcement.

"Our hearts are broken over today's terrible tragedy in New Zealand. Please know we are working vigilantly to remove any violent footage," YouTube said in a tweet.

"We're also removing any praise or support for the crime and the shooter or shooters as soon as we're aware," Facebook said.

But Jennifer Grygiel, a Syracuse University communications professor who follows social media, said the companies were doing far too little to prevent the spread of violent content.

"Facebook is an unmoderated platform where you can stream anything you want," she said, arguing that no meaningful measures have been taken since a 2017 Facebook livestream of a murder in Cleveland, Ohio.

Social networks have been caught flat-footed in many cases by videos showing violent acts including suicides and assassinations. The platforms have also been used for videos showing police brutality.

Grygiel said it has become commonplace for perpetrators to use social media to gain attention to acts of violence, and that these are often shared on YouTube and other platforms.

She said platforms like YouTube have the ability to find and remove violent videos with keyword searches, but that more people are needed to monitor the platforms.

"They have the tools with social listening to go in with keyword terms and have moderators view and remove all videos linked to this type of incident," she said.

Grygiel noted that artificial intelligence falls short, saying, "there's no algorithm that can be designed for this, because you can't predict the future."