Not enough fish in the sea for penguin populations 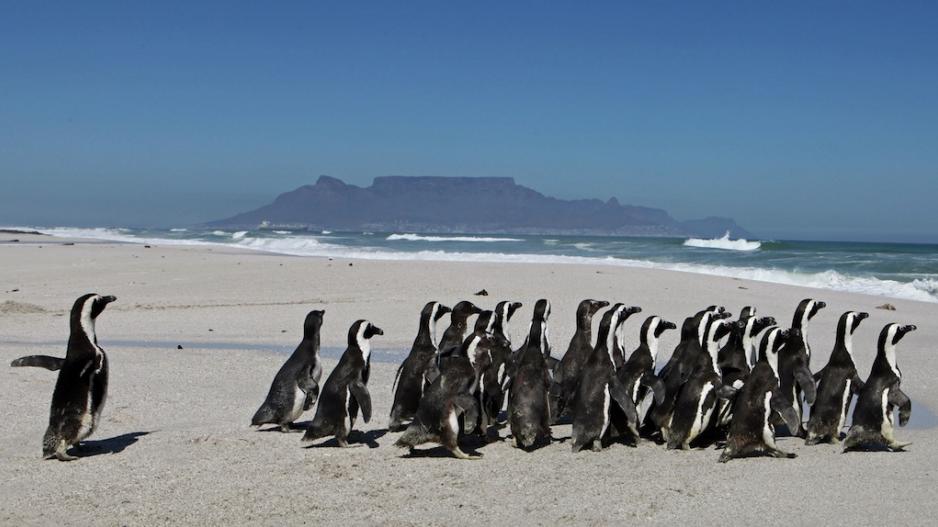 File: The decline of the species is also being compounded by rising tides, caused by climate change.

SIMON'S TOWN - An over-exploitation of food resources is driving the African penguin population away from our shores.

The decline of the species is also being compounded by rising tides, caused by climate change.

Experts have been at pains to point out why African Penguin colonies are decreasing.

Boulders Beach in Simon's Town is home to one of the 28 African penguin habitats endemic to the Southern African coast.

They are only found in South Africa and Namibia.

This colony is also the only place in the world, where people can swim freely with the birds, however, their survival is under threat, because there's just not enough fish in the sea.

Faroeshka Rodgers, a section ranger from Simon's Town, said, "from research that has been done, the African Penguin has to swim far distances to find their food, where in the past, this wasn't the case."

"We suspect that this could be from commercial trawling or over-exploitation of the food sources of the African Penguin".

Rising seas, as a result of global warming, has led to habitat destruction, and a shortage of breeding spaces for these penguins.

At Boulders Beach, they are encouraged to use artificial nest boxes to increase their chances of breeding success.

This penguin colony which is just about an hour's drive from Cape Town attracts nearly a million visitors from around the world every year.