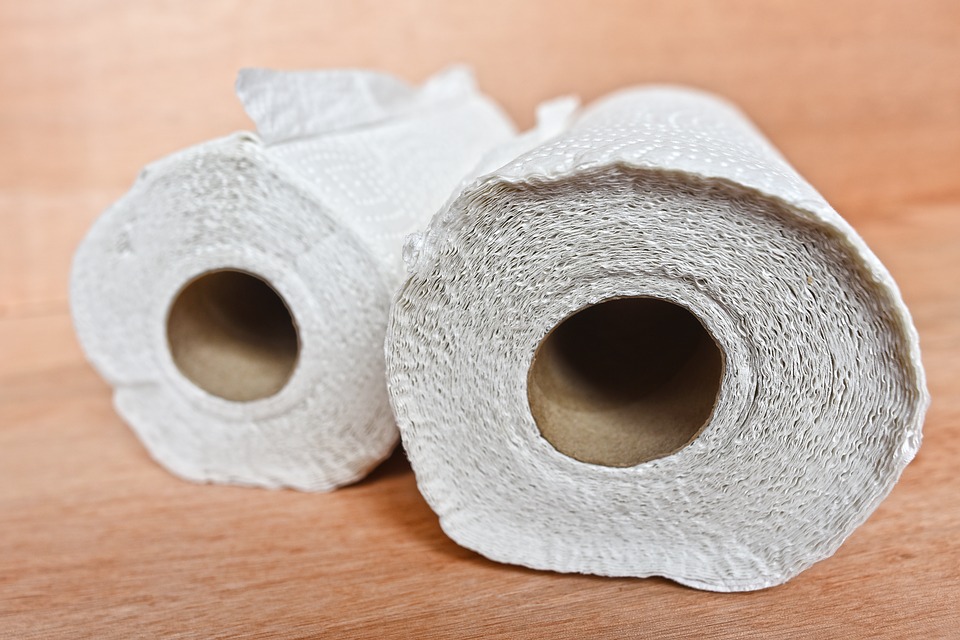 File: A study found that if hands had not been properly washed, drying with a paper towel was more effective at removing microbes.

PARIS - People should dry their hands with paper towels to avoid spreading the new coronavirus, according to the authors of a study published on Friday that finds disposable tissues are better than jet dryers at removing pathogens missed by ineffective washing.

Global health authorities have highlighted the crucial importance of washing hands with soap and water to protect against COVID-19, which has killed tens of thousands and spread around the world.

Contaminated hands are a major route for germ transmission, potentially spreading pathogens to surfaces -- like door handles or taps -- and causing infection when people touch their faces.

A small study by experts from Britain's University of Leeds and Leeds Teaching Hospitals NHS Trust found that if hands had not been properly washed, drying with a paper towel was more effective at removing microbes.

"We believe that our results are relevant to the control of the novel coronavirus that is spreading at pace worldwide," said the authors, led by Ines Moura from the University of Leeds.

"Paper towels should be the preferred way to dry hands after washing and so reduce the risk of virus contamination and spread."

Four volunteers had their hands contaminated using a bacteriophage -- a virus that infects bacteria and is harmless to humans -- and then did not attempt to wash the microbes away.

They then dried their hands either with paper towels or a jet air dryer in a hospital toilet and went on to touch various surfaces including door handles, stair rails, phones and stethoscopes.

Researchers found that using both paper towels and jet dryers reduced the contamination on hands.

But for 10 out of 11 surfaces sampled, the jet method left "significantly greater environmental contamination".

Microbes were found on all surfaces touched after using the jet dryer, with contamination on average 10 times higher than after the use of paper towels.

The authors said the study was particularly relevant for hospital settings.

They noted that while the NHS and World Health Organisation (WHO) recommend the use of disposable towels after hand-washing -- as well as using them to turn off taps -- healthcare facilities in the UK were increasingly using jet dryers.

READ: Yes, washing our hands really can help curb the spread of coronavirus

"Clearly how much virus remains on peoples' hands after washing depends to a large extent on how efficiently people are at washing their own hands," said Paul Hunter, professor in medicine at the University of East Anglia, in response to the research.

"If people do not wash their hands properly then other people may be at risk if standing close to someone using such a jet dryer. This study reinforces the need to wash hands properly so as much virus is removed as possible before drying."

The study was due to be presented at this year's European Congress on Clinical Microbiology and Infectious Diseases (ECCMID) in Paris this month, which was itself cancelled due to the coronavirus pandemic.