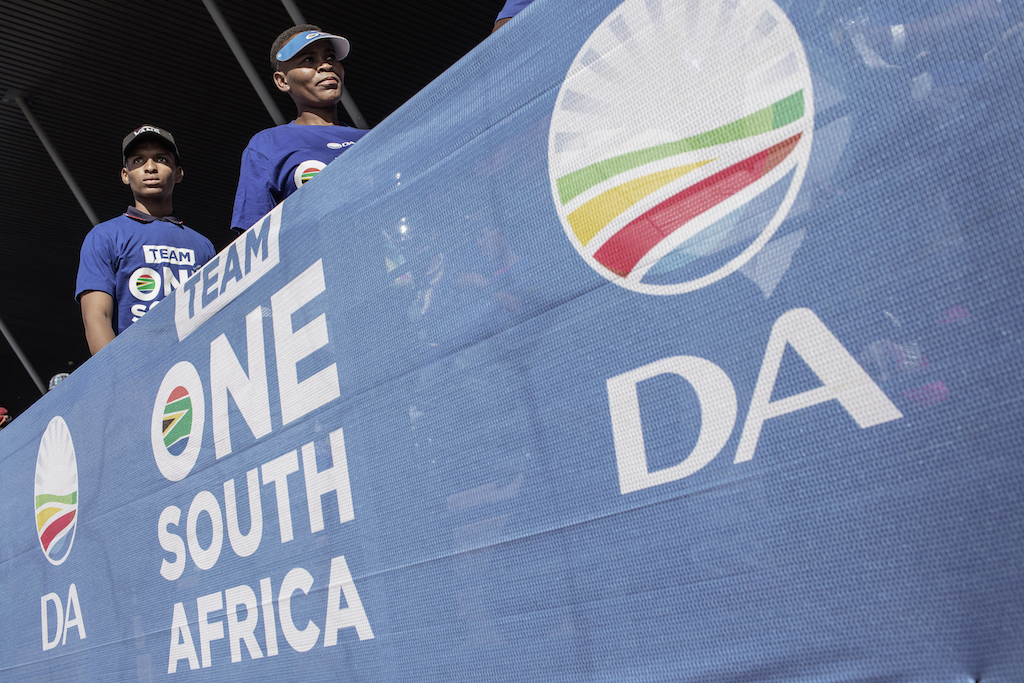 File: Democratic Alliance’s Funzela Ngobeni has resigned from the party and is set to join former mayor Herman Mashaba’s party, The People’s Dialogue.

Roger Southall, University of the Witwatersrand

The return of Helen Zille, the former leader of South Africa’s official opposition party, the Democratic Alliance (DA), to active politics as chair of the party’s federal executive led to many allegations that the party is dominated by a shadowy kitchen cabinet of white people.

Zille’s election to head the DA’s highest decision-making body in between national congresses was soon followed by the resignations of Herman Mashaba, the DA mayor of Johannesburg; Mmusi Maimane, the party’s national leader; and Athol Trollip, its national chairman. Mashaba had charged that Zille’s return set the party on a rightwing path.

Yet, rather than focusing on personalities to understand the DA’s problems, it is better to return to the dilemmas of liberals in South Africa’s tragic history of the politicisation of race. This tendency persisted even after the country became a democracy in 1994. In essence, liberalism has always been reluctant to grant black people equality unless they achieve certain designated standards.

Following the country’s formation in 1910 as a union of four territories (historically, two British colonies and two Boer republics), it was accepted among white people, including those of more liberal persuasions, that people of different “races” should live separately to preserve white people’s culture and languages.

This was used to justify the grossly unequal division of land which resulted in the black majority being left with just 7 percent of the land. This was confirmed by the 1913 Land Act.

The assumption which went with this was that black people were destined to remain in rural areas, and that any movement (such as migration for work on white mines, factories or farms) would be temporary.

But, by the end of the 1920s, liberals were beginning to get uneasy. It was becoming increasingly clear that the fates of black people and white people were irrevocably entangled, economically and politically.

The fundamental dilemma for “liberal segregationists” was that they based their politics on the Cape qualified franchise. Its basic supposition was that black people (and only men) were worthy of the vote – only if they achieved a certain level of “civilisation”. In practice, this meant ownership of property and or educational qualifications.

But this presented the problem that the few black people who acquired education showed that black people were equal to whites. If black equality was accepted, the white minority would be “swamped”.

Assuming power in 1948, the National Party formalised apartheid. It sought to negate this danger by arguing that potential equality between people of different races was irrelevant. It argued that black people and white people were culturally different, cultural mixing would cause cultural conflict.

This led to a number of targeted policies. To avert the dangers of racial mixing, the flow of black people to urban areas should be averted, the entry of black people into the white polity should be blocked off completely, and black politics should be diverted to black “homelands”. These were ten mainly rural areas where black people were required to live, along ethnic group lines.

It was only the tiny Liberal Party which had by now fully accepted the political implications of racial equality, and argued for a universal franchise. The majority liberal response, elaborated by the DA’s forerunners (from the Progressive Party onwards), was to retain the notion of black people having to attain a certain level of “civilisation” to qualify for the vote.

Read more: Liberalism in South Africa isn't only for white people -- or black people who want to be white

One reason was that any attempt to sell the idea of the universal franchise to the white electorate was doomed to failure. When universal franchise eventually arrived, in the election of 1994, the then Democratic Party, albeit now advocating votes for all, secured a mere 2 percent of the vote. The National Party – fighting for “group rights” – swept up 20 percent.

Subsequently, in 1999, under Tony Leon, the DA, then known as the Democratic Party, adopted the ambiguously phrased “fight back” campaign slogan. It argued that the governing ANC was embarking on implementing apartheid in reverse through affirmative action policies. It captured the major portion of the National Party’s white vote. Thus the party of apartheid was condemned to a deserved, albeit lingering death.

Under Zille, the DA embarked on an electoral expansion programme, recognising that if it was going to grow and become a serious competitor for power, it would have to capture a sizeable portion of the overwhelming majority black vote.

This realisation eventually led to the selection of Maimane as the DA’s national leader in 2015. He saw his task as rendering the DA’s liberalism more appealing to black voters by taking it in what he saw as a more inclusive direction. This would be through recognising race as an indicator of disadvantage.

It didn’t go down well with the DA’s established base, which saw it as an assault upon the party’s professedly nonracial values. It was therefore Maimane who, as leader, was to be blamed for the DA’s loss of votes, for the first time since 1994, in the 2019 election.

The recent internal party inquest, headed by Leon, decided that it was imperative for Maimane to go, arguing that under his watch, in a bid to attract black voters, the DA had strayed from its liberal principles.

The DA should, therefore, return to its liberal foundations and confirm its attachment to policies which would effect redress of historical racial inequalities without using race as a proxy for disadvantage. Yet South Africa’s black voters are unlikely to dissociate disadvantage from the colour of their skin.

It is unsurprising that this turn of events should lead to Maimane’s resignation. If the party wants to return to growth, then its analysis is almost certainly wrong. Stronger emphasis on a “non-racial liberalism” is unlikely to appeal to rightwing white voters. It is equally unlikely to appeal to black voters, who view forms of racial redress as the only sure route to greater racial equality.

Black aversion to the DA is likely to increase even more if the party replaces its former black leader with someone, however talented and principled, who is white. The DA is having to struggle with South Africa’s toxic history of black oppression. Yet it remains the case that that history has left it with the dilemma that liberals in South Africa have never been able to solve: how to deal with “the native question” if the natives in question doubt the capacity of liberalism to bring about substantive racial equality.

Roger Southall, Professor of Sociology, University of the Witwatersrand