'Pebble' in the Pacific: Five things about New Caledonia 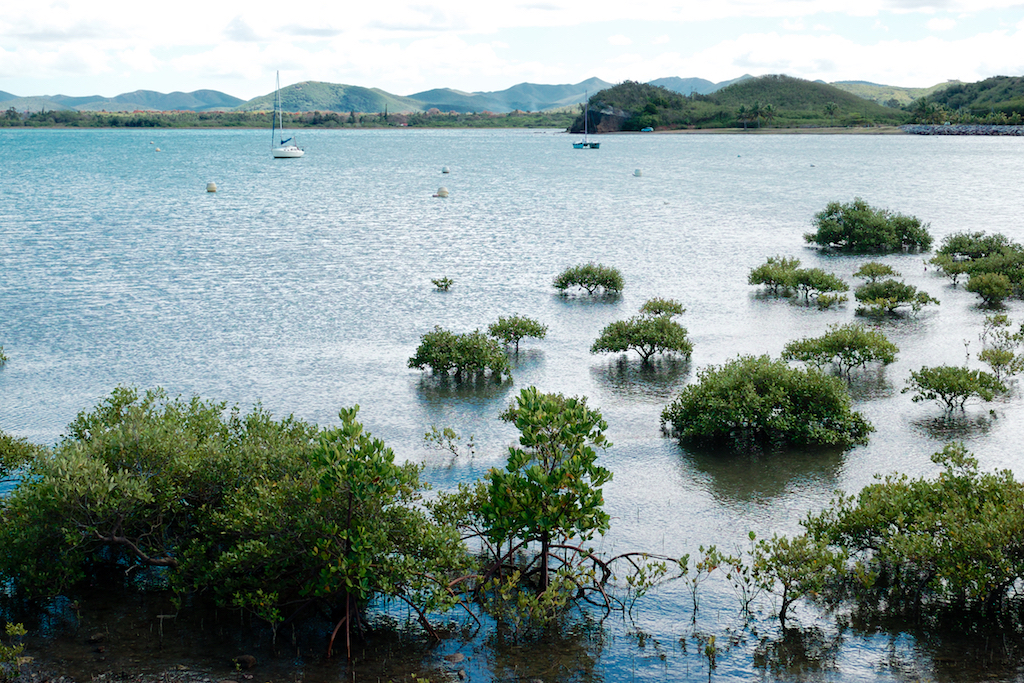 A general view shows the coastline in Koumac, in the North Province of New Caledonia. AFP/Theo Rouby

NOUMEA - New Caledonia, a remote island territory in the southwestern Pacific will hold a third and decisive referendum on independence from France on December 12, after two previous "No" votes.

Here are five things to know about the archipelago whose pristine beaches often restive history.

New Caledonia's lagoons, with stunning reefs that shelter an exceptional array of coral and fish species, were designated a UNESCO World Heritage site in 2008.

Islanders call the main island, Grande Terre, the "pebble" of the Pacific.

It was seized by the French admiral Auguste Febvrier-Despointes in 1853, who declared that he wanted to assure his country of a "position in the Pacific".

But New Caledonia's name hails from the sailor who was the first European to spot it, British explorer Captain James Cook, who said it reminded him of Scotland.

It was initially used as a penal colony for convicts and political prisoners, and was declared an overseas territory of France in 1946. It is now known as an overseas collectivity with a limited degree of autonomy.

The bulk of New Caledonia's population is made up of indigenous Melanesians known locally as Kanaks (41 percent) and European inhabitants, or Caldoches (24 percent).

There are also minorities from the relatively near Polynesia Pacific region, including Wallis and Futuna islanders, and smaller numbers of Tahitians, Indonesians and Vietnamese.

The indigenous population fell sharply in the late 19th century as European settlers brought new diseases such as smallpox and measles with them.

A growing part of the population now identifies as mixed-race or "Caledonian".

There has been a long history of ethnic tensions in New Caledonia, starting in 1878 when an insurgency over the rights of Kanaks in the mining industry left 200 Europeans and 600 rebels dead. Some 1,500 Kanaks were sent into exile.

Clashes between Kanaks and Caldoches in the 1980s culminated in a bloody attack and hostage-taking by Kanak separatists in 1988, when six police officers and 19 militants were killed on the island of Ouvea.

France brokered a reconciliation between the communities, attempting to rebalance wealth and share out political power.

A landmark deal between France and opponents and supporters of independence followed in 1998, giving the islands more autonomy and allowing referendums over independence.

Referendums in 2018 and 2020 returned a majority in favour of staying with France, but the third poll will be closely watched because of new tensions between Paris and its allies in the region.

New Caledonia is the world's fifth-biggest producer of nickel, a core component in the manufacture of stainless steel, rechargeable batteries and coins.

Nickel is, along with aid from the French state, the island's largest source of income, making up six percent of GDP in 2019, though in some years the figure can reach 20 percent depending on market prices.

A quarter of all private sector jobs in the island are linked to nickel, with the locally-controlled Prony Resources signing a multi-year deal in October to supply electric carmakers Tesla.

New Caledonia had been one of very few territories on the planet to be largely spared the Covid-19 pandemic.

But it was finally hit by the virus in early September, with some 280 people dying there since.