The Race unpacked poll results and analysis ahead of the national elections in May.

JOHANNESBURG - National morale is low ahead of the elections and people are drifting away from the top two parties and towards the EFF, according to experts interpreting poll data.

MarkData research used a nationally representative sample of 3058 people to poll the views of the country before the May 8th elections. 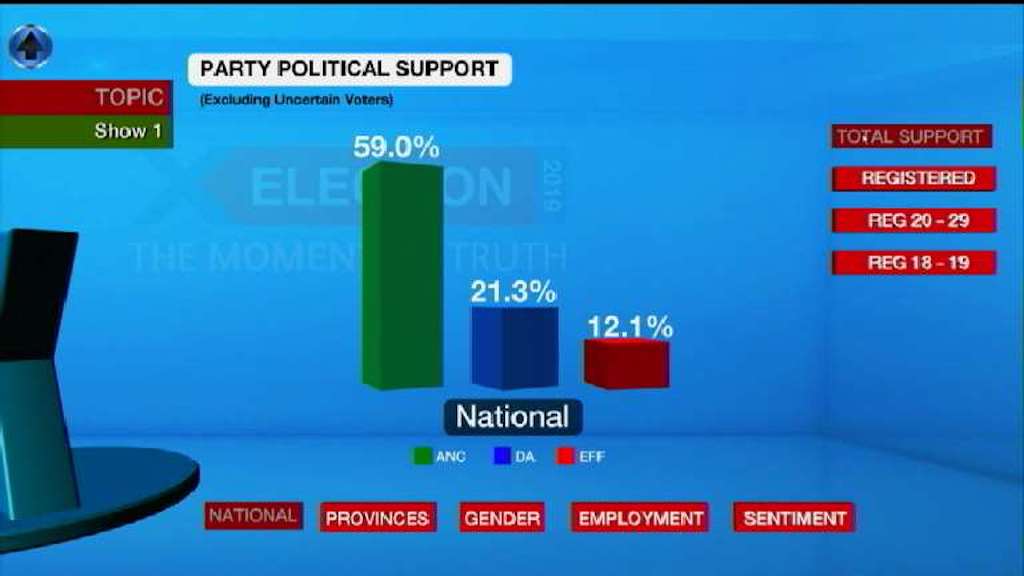 This year’s election comes at a time where serious concerns are being raised about the sustainability of South Africa’s economy including the rising unemployment rate and the Eskom debacle.

Polls suggest there will be greater apathy and lower voter turnout on 8 May as 11,7-million of the 26,7 million registered voters are aged 18 to 29 years – past election results have shown this group tends to vote less.

The only other party to rank higher than 1 percent in the survey was the IFP, which received a 3,1 percent share of the vote.

Note: 23 percent of the electorate which was uncertain, refused to answer or said they would not vote were omitted from this survey in order to produce these figures. 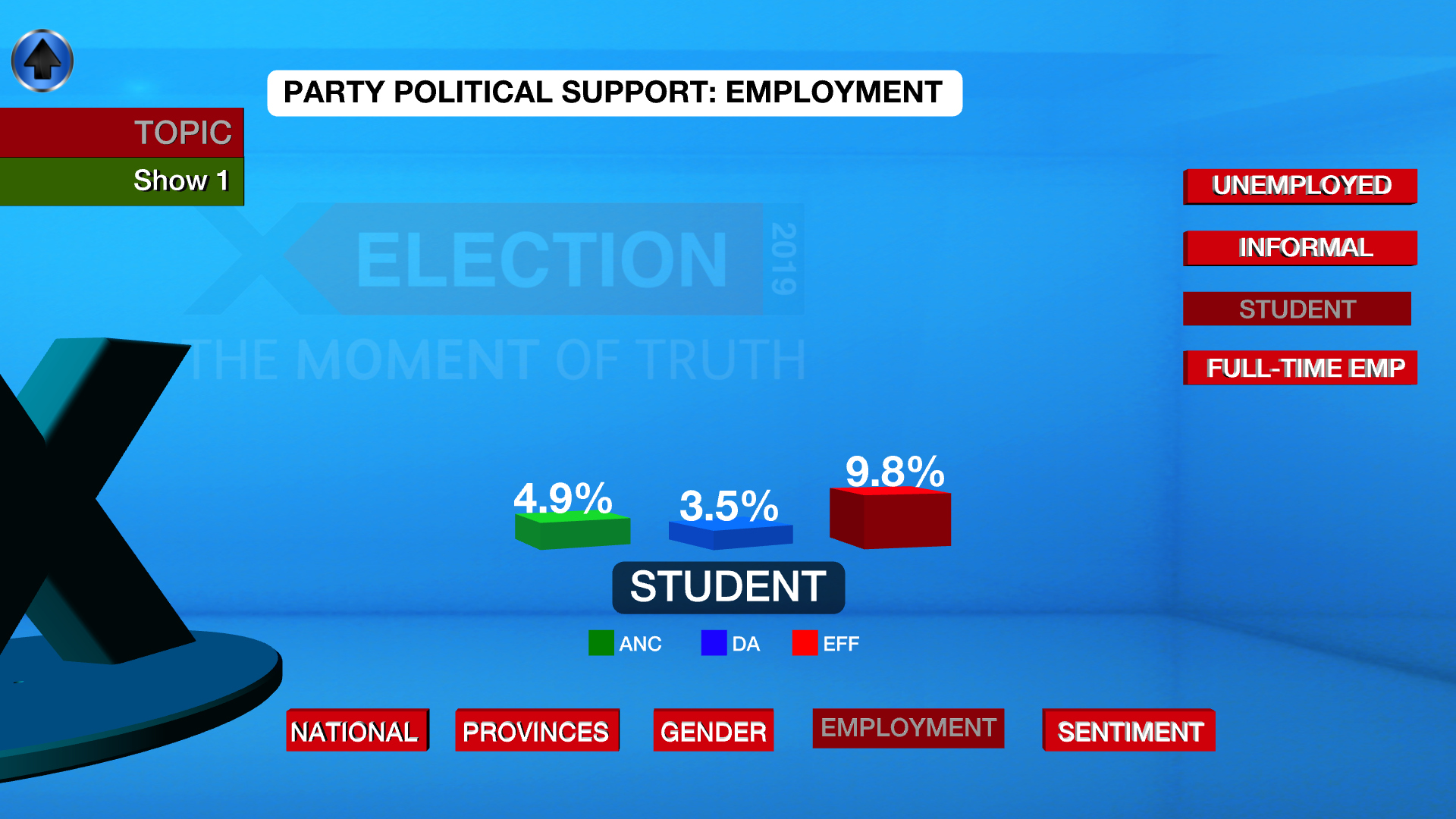 Dr Sithembile Mbete from the University of Pretoria said said the rise of the EFF in recent years is not surprising seeing as the party has been at the forefront of highlighting issues of corruption and state capture.

"The EFF student command is in control of many of the student representative councils in tertiary institutions in the country," she said. 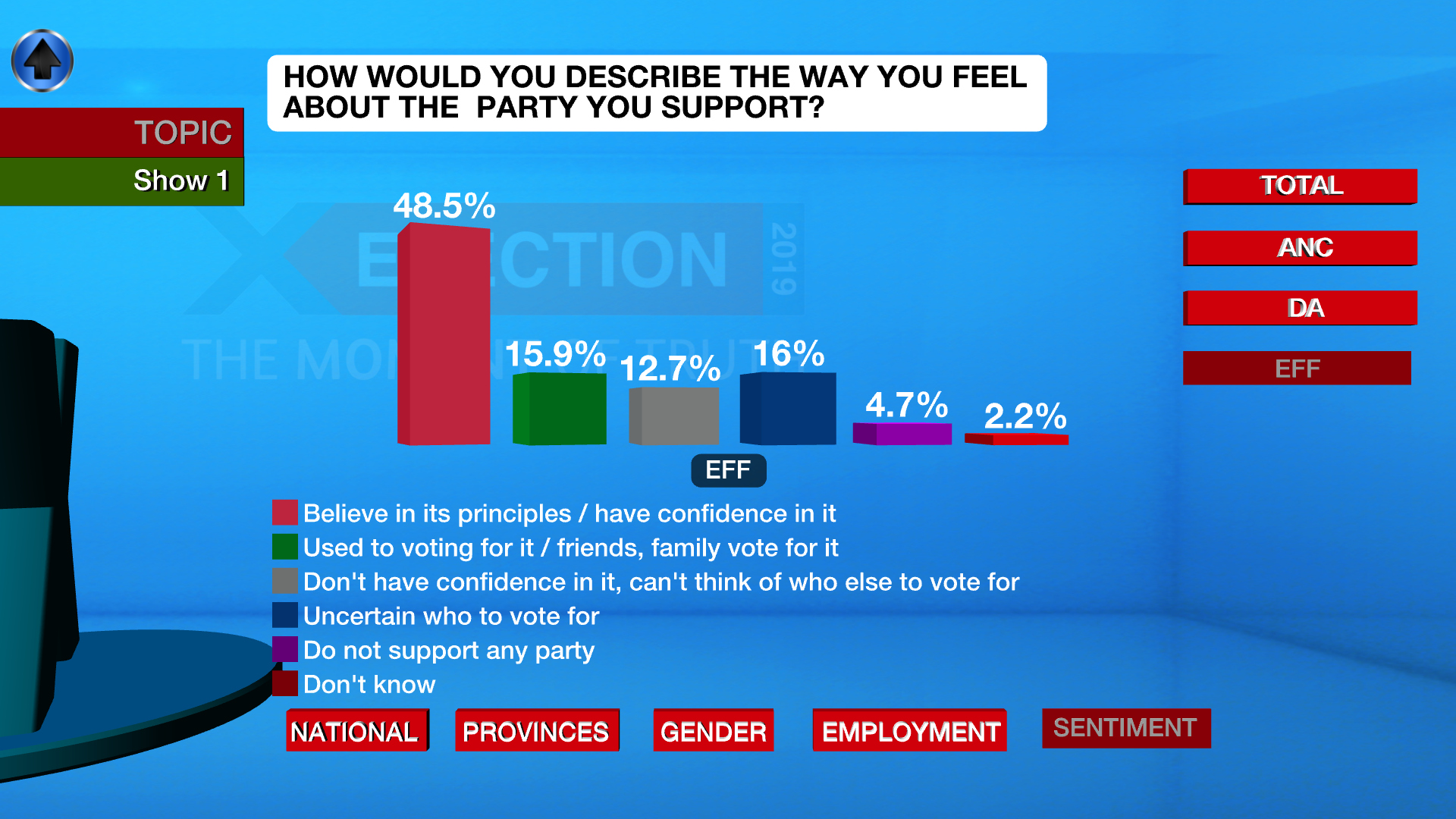 This could see the EFF overtaking the DA as the official opposition in Gauteng.

Meanwhile, the survey shows that the ANC could gain support in Gauteng and Limpopo.

The EFF's largest bloc of support, close to one-third, looks set to be Gauteng, followed by the North West, where it's likely to get 22,3 percent of the share of votes.

Most significant is the EFF’s increase in support in the Western Cape where it has received five times the share of the vote it obtained in 2014. 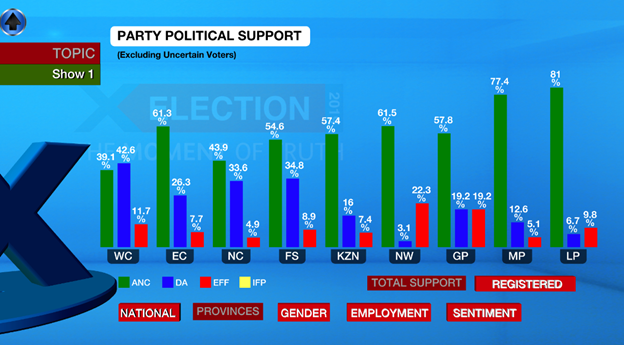 It is important to note that voters have a strong homing tendency during election campaigns, tending to convert back to the party that they previously supported.

This shows further movement is likely and may affect the 2019 election results.

* You can watch the interviews and analysis in the videos attached to this article.