Ramaphosa extends special COVID-19 grant. Why this is not enough 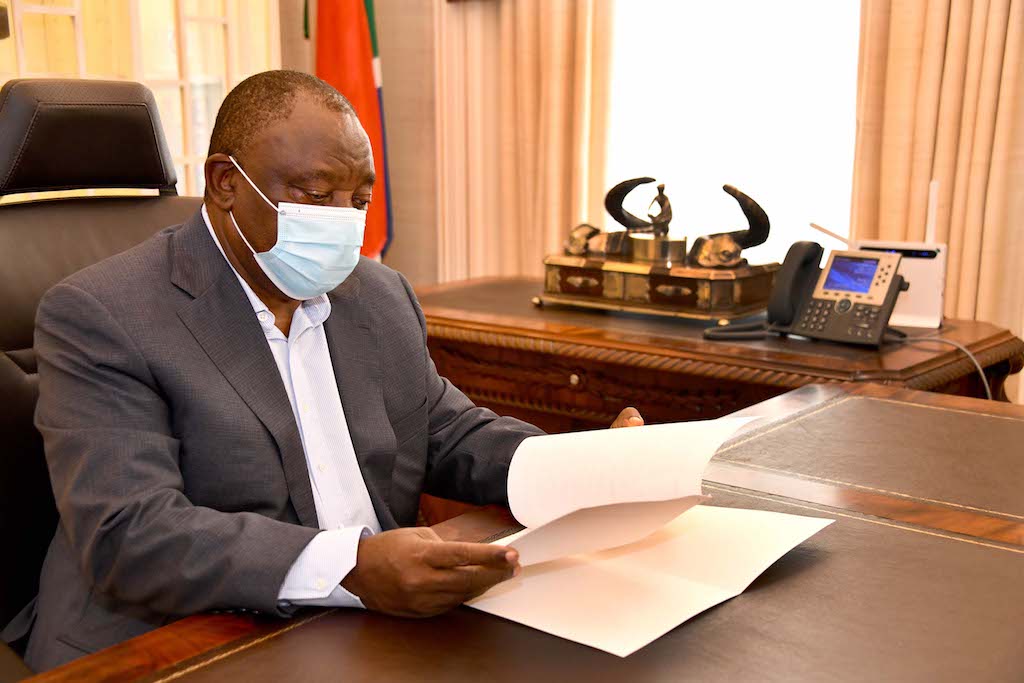 South African president Cyril Ramaphosa has announced a three month extension of a special R350 a month COVID-19 grant for unemployed adults who do not receive any social grant or unemployment insurance.

This comes as the COVID-19 pandemic and lockdown continue to devastate the economy, entrenching extraordinarily high unemployment and poverty. While the extension, announced in Ramaphosa’s State of the Nation Address, has been welcomed by trade unions and civil society, it falls short. The country needs a permanent form of income support, not temporary relief, something the president himself clearly appreciates.

South Africa has an extensive social grant programme which provides income support to over 18 million of the most vulnerable: the elderly, children, and people with disabilities. Despite this, the social grant system has some serious coverage gaps. Most importantly, it excludes unemployed adults aged 18 to 59 who are physically capable of work.

The massive loss of jobs and livelihoods because of COVID-19 has not only exacerbated unemployment, which stands at 42%, when counting discouraged work-seekers. The pandemic has also shown the necessity of basic income support, in the form of monthly cash payments, to working-age adults with no or little income.

The idea of a basic income grant was first presented in 1997 to provide comprehensive social protection. In 2000, the government appointed a committee to investigate ways to extend the social security system inherited from the apartheid era, to provide comprehensive coverage for all. The committee recommended a basic income grant to combat income poverty.

Despite widespread support, the idea was turned down, due in large part to ideological concerns about giving “handouts” to those who should be working.

Because of the COVID-19 crisis, the government implemented a range of short-term relief measures to help alleviate the economic fallout. A caregiver’s allowance – an amount of R500 for each caregiver receiving a child support grant – and top-ups for other grants were implemented between May and October 2020.

Despite significant challenges in implementing the grant, the grant has extended social assistance to over 5.9 million people, providing much-needed relief.

The COVID-19 grant has been celebrated by activists and civil society groups as laying the ground for a more permanent form of income support for unemployed adults, and moving towards the implementation of a universal basic income grant.

But what is a basic income grant and how does it differ from other grants? Are there countries that provide examples that South Africa can emulate? Importantly, can the country afford it?

What is basic income?

A universal basic income is based on a belief that everyone deserves access to the resources required to meet a basic standard of living. It is designed to establish a baseline below which a person’s income should not fall.

A universal basic income scheme, in the purest form, must have three basic features:

First, it must be received by everyone (not a designated head of a family unit) as a right of citizenship. Second, it must be unconditional, received as a right regardless of whether a person works or meets certain conditions. Third, it must be permanent, paid every month without fail.

In the context of South Africa’s structural unemployment crisis, a basic income grant for 18-59-year-olds has received the most traction. It would complement (not replace) existing grants and expand the social assistance provided by the state to include unemployed and working poor adults.

Among the proposals for its implementation is a staged approach, with more vulnerable groups targeted first, while gradually expanding the coverage to all adults over time.

Which countries provide a model for such a grant?

Basic income has been piloted and experimented with across the world. With the exception of Iran, which has a nationwide universal cash transfer programme, and Alaska, which gives an annual dividend to everyone in the state, most basic income programmes give cash to small groups of individuals, not all citizens.

In light of the COVID-19 pandemic, basic income is now at the forefront of policy discussions all over the world. Many countries implemented or expanded cash transfer schemes. Spain launched a basic income programme to a million of its poorest households.

It is yet to be seen if these short-term recovery measures and basic income programmes will be turned into permanent entitlements.

Can South Africa afford it?

Unlike the COVID-19 grant, the proposed basic income grant will be a permanent measure and will require a substantial commitment of fiscal resources. There are many ways to fund it. These include raising taxes on the rich and on companies. Curbing tax evasion and halting illicit financial flows can also help boost the national coffers to pay the grant. These and other possible measures notwithstanding, the primary source of funding will be taxation.

The gross cost includes the cost of a grant paid to people who earn enough not to need it, and would repay it immediately through higher taxes. The net cost is the cost of transfers to those who are net beneficiaries. Basic income is thus a redistributive measure and should be clawed back from those who don’t need it.

A reduction in inequality is a key objective of a basic income grant. It is also an economic investment: it promotes livelihoods, increases buying power and has multiplier effects on local economies that help aid economic resilience and recovery, according to economist Duma Gqubule.

His calculations show “the net as opposed to the gross cost after taking into account increased tax revenue and fiscal multipliers, which measure the additional GDP generated by each rand of new spending”.

He suggests that, at the upper-bound poverty line of R1,268 a month, a basic income grant would not only “immediately generate value-added tax of R75 billion”, but there would be “claw-back through income tax” of R25 billion.

The pandemic has exposed the vulnerability of the vast majority of South Africans, and the huge gap in the existing social protection system. The structural nature of the country’s unemployment crisis makes providing income support to working-age adults inescapable, not only during the COVID-19 lockdown but in the long term.

The need for a basic income grant was established at least two decades ago. It’s now time for real commitment from the government and concrete steps on how it will be implemented.

END_OF_DOCUMENT_TOKEN_TO_BE_REPLACED

Cosatu not impressed with Mboweni's remarks