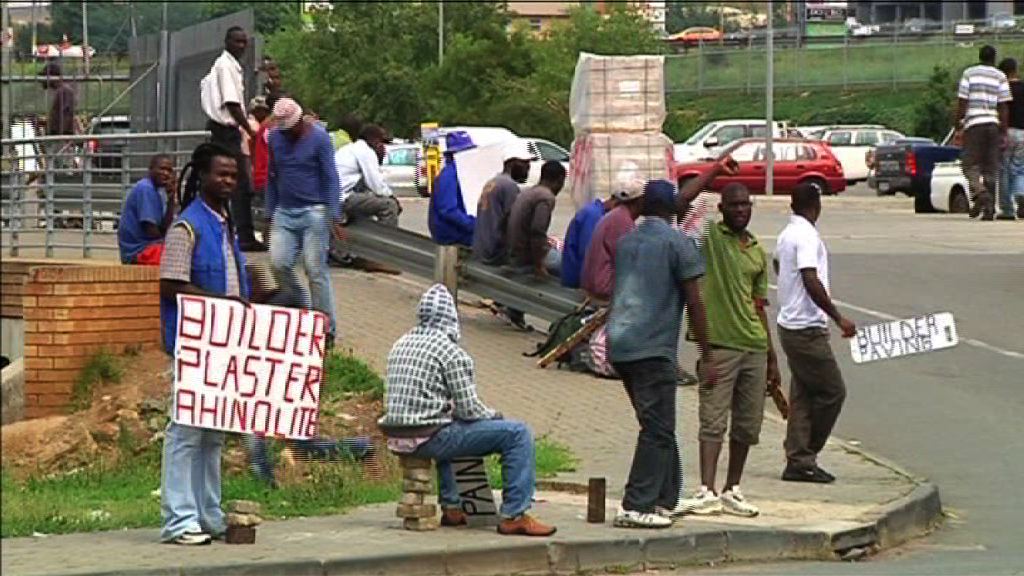 File: While the magnitudes are uncertain, it is already clear that we will see a sharp decline in incomes, rising unemployment, and widespread business closures.

The full economic damage caused by COVID-19 and the lockdowns is uncertain. It will take several months, indeed years, to have a better understanding of where the damage has occurred and how severe it is. While the magnitudes are uncertain, it is already clear that we will see a sharp decline in incomes, rising unemployment, and widespread business closures.

South Africa, in particular, needs to keep a close eye on all aspects of the labour market so that policy responses can support those most in need. Recent work has highlighted the enormous impact of the COVID-19 pandemic and the lockdown on the lives of working people.

A focus on the labour market is particularly important given South Africa’s already high unemployment, and the inequality which is generated by the labour market. We highlight four areas of the labour market which will require scrutiny in the coming months: the informal economy; turbulence and job churn; increasing capital intensity; and gender and work.

Informal sector as a shock absorber?

Before the pandemic, South Africa had about 5 million people working in the informal economy. The orthodox view in development economics on the effect of economic crises is that informal employment acts as a shock absorber for the formal economy. When someone loses a formal job, they take up informal work. The argument is that there are no barriers to entry to informal work, so workers will simply move into this part of the economy and undertake some informal activity.

In South Africa, the evidence is that this is largely not the case. This is due to the very low absorption rate of labour of both the formal and informal sectors. Different to other developing countries, South Africa has both very high unemployment and relatively low informal employment. About 34% of workers in South Africa are informally employed, while the global average is more than 60%.

In the current crisis, this is exacerbated by the design of the lockdown and physical distancing protocols. These have had a particularly severe impact on the informal economy. Any economic policy responses must therefore take the informal economy into account, and provide support where possible.

The second area South Africa needs to focus on is which kind of jobs will be lost, who will be most affected, and where opportunities exist to create new employment. This requires looking deeper than the headline unemployment figures and into the nature of job changes. The economic shock from the pandemic and the lockdown will cause a reconfiguration in the labour market. Many people will lose jobs, but many will find new ones, too. This has been a common dynamic in labour markets since the industrial revolution. But the new jobs might pay less, or be more precarious, or more dangerous.

Given the structural nature of the shock, the changes to the labour market will not be random, and may affect certain groups more than others. Low to medium skilled workers are more likely to be employed in lower paying, more precarious forms of work. And there’s a concern that the sectors hardest hit will be those that employ a large proportion of women. Evidence from other countries suggests that, unlike in previous recessions where men lose proportionately more jobs, the current crisis is affecting women disproportionately.

The third important labour market issue to consider is capital intensity in the economy. In the production of goods and services, firms use a combination of labour, machinery and equipment (capital), land and entrepreneurship; the factors of production. The proportion of labour versus capital that firms in an economy use matters for job creation and unemployment. South Africa has seen a general trend toward capital intensive production. The country is likely to see an acceleration of this due to physical distancing requirements in offices and factories that will make automation more attractive for firms.

Physical capital, technology and labour can be combined in different proportions by a firm to increase or maintain the same amount of production. But in a country like South Africa, with very high unemployment, increasing capital intensity will further increase unemployment, and undermine the prospects of labour-intensive growth. This change will not be instantaneous. It’s more likely to unfold over the next months and years.

An increasing capital-to-labour ratio in production is an important consideration for two reasons. The first is its effect on unemployment. Secondly, a shift towards capital intensity will increase existing inequalities. One way this will occur is through the rising portion of value that is generated by capital that will be claimed by the relatively small number of owners of capital. This is a common driver of long-term inequality that persists if it is not countered by redistributive policies.

The fourth aspect is gender and work. Women in the South African labour market continue to suffer higher unemployment, lower wages, and more precarious working conditions. Indeed, women earn less than men, in general, even when they do the same job. In addition to the fact that evidence is pointing to the crisis affecting women disproportionately in the labour market, there is also uncertainty about how the lockdown has affected the distribution of unpaid work in the household – a burden which falls disproportionately and unfairly on women. It is critical that the country’s policy interventions are developed with these gender considerations in mind.

If the solidarity and social commitment to ending divisions in South African society is to be taken seriously beyond the pandemic, the manner in which these labour market trends will affect inequality must be considered. There is no natural mechanism or economic law that reduces inequality. Reducing it relies on policies of redistribution. This can happen either directly through structural changes leading to employment growth, higher wages or fiscally through taxation and expenditure. All of these require development policies that ensure the benefits of growth accrue disproportionately to low-income groups.

Given the conditions the world finds itself in, an increase in employment or wages is unlikely. In the case of South Africa, the country is also in a highly constrained fiscal position, which limits its ability to pursue redistributive policies.

In the medium to long term, South Africa will need a new social compact that ensures that the economic damage from COVID-19 is not borne disproportionately by the poor. Such a compact will have to address policies that raise the incomes of the poor – through the labour market and fiscal measures. South Africa needs to start an urgent conversation not only about the costs of COVID-19 but also about how the economy is likely to transform and who will benefit from that transformation.