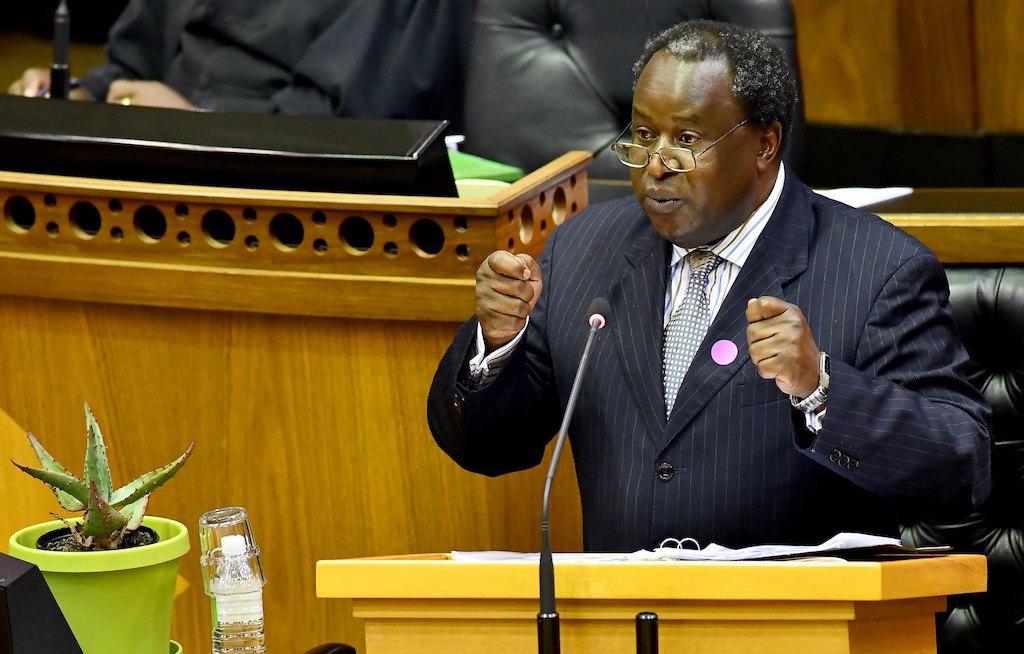 Michael Sachs, University of the Witwatersrand

The social and economic crisis generated by the COVID-19 pandemic has accelerated South Africa’s fiscal crisis. But the origins of the fiscal crisis are deeper. It is a structural crisis that will define public policy over the years ahead.

Two decades ago, South Africa was confident about its economic future. Public expenditure was expanded to deliver on social objectives that had been deferred at the outset of the democratic transition in 1994. The expansion of public sector commitments was deliberate, warranted and well targeted. It included a permanent expansion of core public services (basic education, health and policing), an increase in pro-poor fiscal transfers, significant real improvements in the remuneration of public employees and a surge in public infrastructure investment.

Over the same period – between 2002 and 2012 – taxes were lowered in the belief that economic growth would obviate the need for large sacrifices in return for these improvements. The same assumption informed the expansive policy framework mandated in the National Development Plan.

But the path of economic growth shifted to a permanently lower trajectory, mainly because of shifts in the global economy. Once China’s economic growth began to decelerate (after 2011) the commodity price upswing was gone. South Africa’s economic growth slipped year after year. Even if South Africa had avoided electricity supply constraints, or resisted the rising tide of corruption, these shifts would still have implied slowing growth and the need for significant adjustments to South Africa’s policy framework.

The policy and governance environment also changed after the African National Congress (ANC) Polokwane conference in 2007. This resulted in a fragmentation of political power and a shift of policy authority from constitutional structures of government to opaque and diffuse processes within the party. Government committed itself to further expanding public sector provision. But it did not agree on a fiscal programme to support these aspirations. As in the past, it was assumed that a revival in economic growth would generate the necessary resources without the need to raise taxes. But growth continued to slow. Instead of facing up to the resulting contradiction, fiscal obligations were extended even as the capacity of the state deteriorated.

Although domestic constraints – like load-shedding (electricity) and the disruption of government – were initially of secondary importance, they culminated in a second blow to economic growth after 2015. Macroeconomic policy tightened, export performance worsened, and private and then public investment collapsed in the face of incoherent policy, regulatory capture and intensifying fiscal crisis.

Over a decade of slowing growth, South Africa was able to contain the fiscal envelope. It could not, however, adjust spending downward in line with diminishing economic prospects. This should not be surprising. The idea of a rising floor of social provision, backed by secular improvements in South Africa’s economic fortunes, has been deeply embedded in policy, starting with the constitution. The social consequences of retrogression are so ghastly to contemplate that South Africa has convinced itself that economic progress is the only possibility. But income per capita has been falling since 2011, and this looks set to continue. GDP is not the measure of all value, but if it falls, the quality of life (and the real value of public consumption) is sure to follow.

The decade of expenditure containment has been painful. It has generated chronic fiscal imbalances – national and provincial government spending was strictly controlled, and budgets for capital and the procurement of goods and services were driven down to extract fiscal space. But utilisation of services, and the cost of providing them, continued to rise. The result has been a degrading of public services and a fall in the real value of health, basic education and public security.

Improvements in the salaries of public servants outpaced the growth of compensation budgets. This forced a reduction in employment of teachers, nurses, police officers and the public administration which supports these core public services. While these dynamics worsened the social crisis, the budget deficit has remained entrenched. Containment of social budgets has been fully offset by the rise of interest payments leading to a structural deficit. There was austerity without consolidation.

Although spending was constrained in national and provincial departments, public consumption continued to increase through local government and public agencies. Public infrastructure spending remained buoyant (until 2016), leveraged off the balance sheets of state companies. But the quality of public investments deteriorated so severely that large additional subsidies were required to keep public utility systems afloat. Meanwhile, government continued to widen the scope of its fiscal commitments. New social programmes were agreed, including free university education. These new obligations added to the pressure on core public services.

At first government appeared on track towards a sustainable fiscal position, notwithstanding the increase in debt. Despite the slowdown in growth, private earnings at the affluent end of the labour market continued to grow faster than the economy, leading to buoyant tax revenue. In the face of a seemingly inexorable decline in economic fortunes – and after the second blow to growth in 2015 – tax buoyancy finally succumbed, and fiscal consolidation went into reverse.

A period of fiscal distress

Following COVID-19, the fiscal position is profoundly unsustainable. If fiscal imbalances are not resolved, the burden of interest payments will quickly become intolerable. This raises inevitable questions about willingness of the state to honour its obligations in full, and the policy response should it be unable to.

South Africa is entering a period of fiscal distress, but the crisis cannot be resolved solely by fiscal consolidation. Growth rates have fallen below the interest rate on sovereign debt. In these conditions, the primary balance – the budget deficit excluding interest payments – that stabilises debt is so large that the expenditure cuts (or tax increases) needed to achieve it are not politically feasible. The path of consolidation proposed in Medium Term Budget Policy Statement implies further large reductions in core public services. This attempt at large fiscal adjustment could impose unsustainable social pressures and choke off the recovery, imposing a second blow to livelihoods on top of the COVID-19 catastrophe.

In this unenviable context, it is natural to look for innovative alternatives. Some hope that by inflating the value of rand assets (including sovereign debt) the central bank can avert the fiscal crisis, and restore the momentum of growth. This path is fraught with danger. Short term support to prevent the collapse of the bond market might continue and this will ease the fiscal constraint to some degree. If global monetary conditions remain easy the Reserve Bank should extend bond purchases and other support to ensure liquidity.

But the Reserve Bank cannot resolve the structural imbalances in South Africa’s public finances. South Africa is a small, vulnerable, fiscally unsustainable economy on the periphery of global capitalism. It has had five years of declining per capita output behind it, and an uncertain path ahead. It is a price-taker on the value of its sovereign liabilities, including money and government debt. An attempt to resolve the fiscal imbalance by, for instance, monetising the deficit would invite financial disorder. This will worsen both the current crisis and South Africa’s future growth prospects.

Government believes growth can be revived through a renewed commitment to public infrastructure investment. This approach is unlikely to succeed without action to restore the regulatory, policy and institutional weaknesses that have debilitated the public sector. Achieving these reforms will take time and political effort.

In the short term then, the inertia blocking a resumption of growth can only be overcome with private investment in the lead. This will require policy commitments that back a stream of profit that is large, credible and long-lived enough to justify the upfront commitment of significant private capital. Such a move is unlikely to be popular, but the alternative is to allocate an even larger volume of public resources as guaranteed income to private capital in the form of debt service costs, in exchange for a pipeline of state-mediated mega-projects.

South Africa has been held together (just) by an implicit fiscal bargain. High levels of taxation have financed social grants, universal access to basic education and healthcare, low-cost houses, free basic water and electricity, real pay gains for public servants and a rising distribution of rent to the middle strata. All of this has sustained the income and consumption of the majority. Parallel to this, the collective goods – pensions, education, health care, security and community infrastructure – are supplied to affluent households through segregated systems of provision. Fiscal imbalances and crises will force changes in these structures. The pace and distribution of the adjustment needs to be engaged, but South Africa can no longer sustain its fiscal bargain.

If the country succeeds in raising its rate of economic growth it might stabilise debt but will be left with a huge burden of servicing it – income redistributed to affluent households through interest payments. This debt overhang implies (logically and considering the evidence of history) a significant rise in the general rate of taxation. Without it, it will not be possible to both service the debt and maintain an acceptable level of public services.

Tax increases will need to be focused on the most affluent and corporate capital, but there will also be implications for the middle strata. At the same time consumption of collective goods will have to be reduced to a level more consistent with South Africa’s waning economic fortunes. The poor and lower middle class depend to a large degree on public consumption to sustain their living standards (whereas the affluent are protected in segregated systems). The current contestation about public sector salaries is a first indication of a struggle to determine who will bear the brunt of adjustment.

This article is a summary of arguments and evidence presented in Sachs, Michael (2020) “Fiscal Dimensions of South Africa’s Crisis”, Southern Centre for Inequality Studies, Working Paper 5 (forthcoming). The author was head of National Treasury’s Budget Office between 2013 and 2017 and research coordinator at the ANC’s head office from 2001 to 2007.