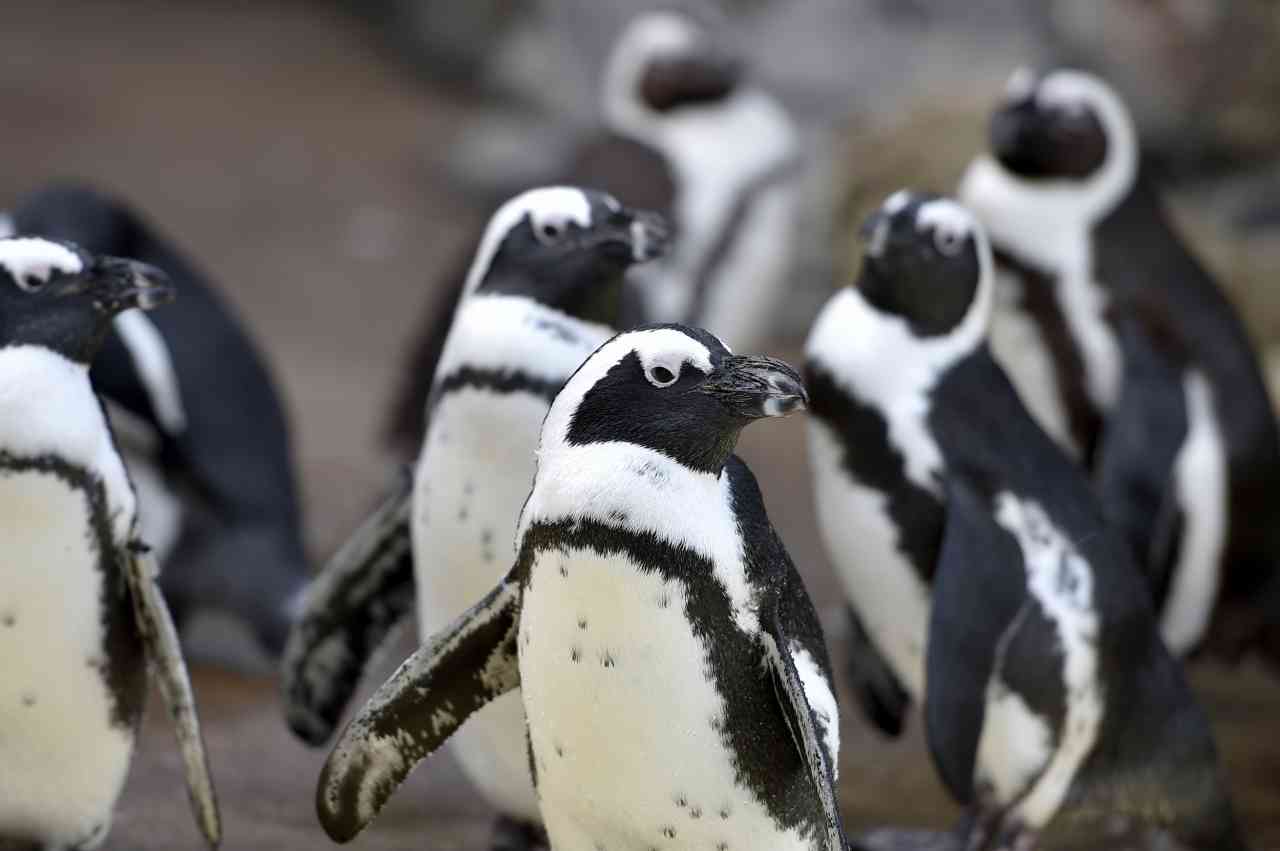 File: Oil spills from a project that's designed to harness the economic potential of South Africa's oceans are threatening the African Penguin colony.

The African Penguin is in serious trouble. Its population has fallen by more than 95% over the last century and, despite ongoing conservation efforts, its numbers continue to fall. There are now barely 20,000 breeding pairs in the world – and the largest colony is in South Africa, on islands around Algoa Bay in the country’s Eastern Cape province.

There are several reasons for the decline in African Penguin numbers. Historically, egg collecting played a major role in decreasing population numbers, and guano scraping for fertiliser removed important nesting habitats. But today the main threat the African Penguin faces is a shortage of the small fish it prefers to feed on.

Environmental changes coupled with local overfishing have seen the penguin’s prey shift their range from the west coast upwelling region to South Africa’s south coast. However, there are very few suitable breeding islands off the south coast, and that leaves the penguins with few safe breeding locations.

Now oil spills from a project that’s designed to harness the economic potential of South Africa’s oceans are threatening the world’s largest remaining African Penguin colony. Although there is a need to balance economic development and conservation, the African Penguin is an endangered species and – given that it is home to the largest colony – South Africa is largely responsible for ensuring its survival.

The colony is on St Croix Island, next to Coega harbour in Algoa Bay near the city of Port Elizabeth. The harbour is a deep-water, free trade port that’s a key component of Operation Phakisa – a government drive to promote the “blue” (ocean) economy.

For the last three years ship-to-ship bunkering, which involves the transfer of fuel from one vessel to another at sea, has been permitted in the bay close to this crucial seabird breeding island. In that time there have been two oil spills that have killed penguins and other seabirds in the area.

The Marine Pollution (Control and Civil Liability) Act 6 of 1981 prohibits such routine bunkering off the South African coast because it is an inherently risky operation. Small leaks in pipelines or tank overflows can cause serious pollution. Once oil has been spilled it is dispersed by currents and the wind. This makes it very difficult to contain.

Oil spills have severe effects on seabirds. Oil reduces the seabirds’ insulation, leaving them vulnerable to hypothermia. It also causes skin irritation and ulcers. They try to preen oil off their plumage, invariably ingesting some of the highly toxic fuel oil, which disrupts their endocrine systems. Penguins are especially prone to oiling because they are flightless, and so are unable to fly over polluted areas.

Rehabilitation facilities such as the Southern African Foundation for the Conservation of Coastal Birds SANCCOB do a tremendous amount to try and mitigate the effects of oil spills. But research shows that oiled African Penguins which are cleaned and released have lower breeding success than unoiled birds.

The two oils spills – one in 2016 and the other in July this year – near St Croix have affected at least 220 African Penguins and there are about 15,000 in the colony.

In each case, penguin nests containing eggs and chicks were abandoned. Cape Gannets and Cape Cormorants, both listed by the International Union for Conservation of Nature as globally endangered, were also oiled. Fortunately, both spills were relatively minor. A major spill could impact a large proportion of the beleaguered African Penguin population.

This is a hugely worrying situation. No environmental risk assessment has been conducted for the bunkering operations that have led to two oil spills. This is also despite the fact that the bay is a marine biodiversity hotspot, and its seabird breeding islands fall within the recently-declared Addo Marine Protected Area.

A number of environmental stakeholders, including BirdLife South Africa, have repeatedly raised concerns about this practice. But their objections have been ignored.

Ship-to-ship bunkering in Algoa Bay should be halted pending a thorough cost-benefit assessment of the practice. We don’t know the benefits to the local economy, but the costs of oil spills are clear: they negatively affect local fisheries and the burgeoning marine tourism sector, as well as several endangered species.