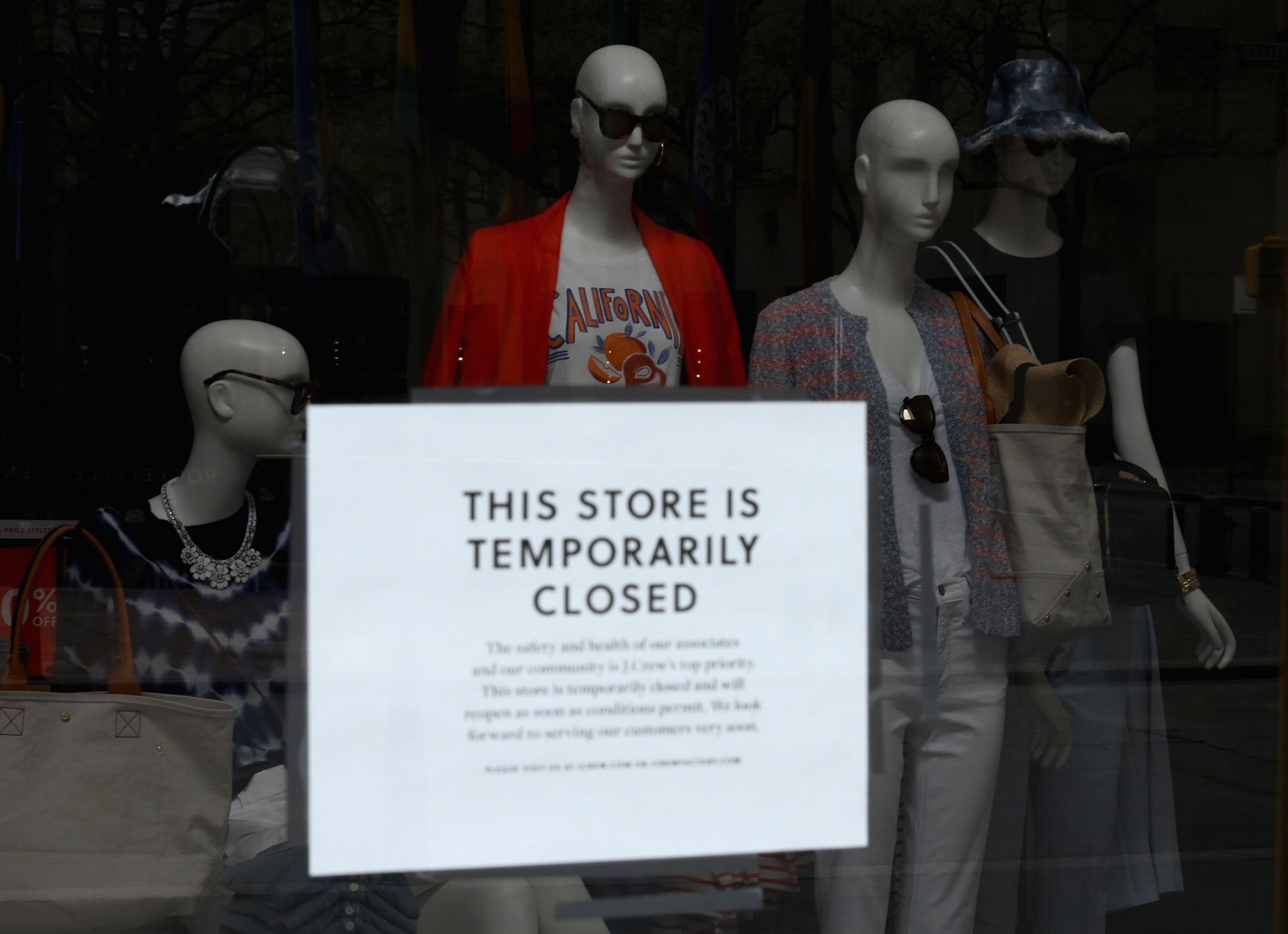 File: Lockdowns brought activity in countless sectors grinding to a halt, forcing governments to make available billions in aid to see them through the worst of the crisis.

PARIS - After months of economic turmoil triggered by the long coronavirus lockdown, battered small and medium-sized businesses are attempting to pick up the pieces.

The post-confinement world remains a deeply uncertain one, with many business owners battling for survival and hoping they can hang on long enough to benefit from an economic upturn, when it comes.

Lockdowns brought activity in countless sectors grinding to a halt, forcing governments to make available billions in aid to see them through the worst of the crisis.

Such businesses form the backbone of many national economies and are therefore vital to the resumption of activity which the International Monetary Fund forecasts will be more sluggish than hoped for as recession looks sure to bite.

The picture emerging from a swathe of AFP interviews with professionals in a range of industries across the world was initially very bleak -- but some now see tentative reasons for optimism. 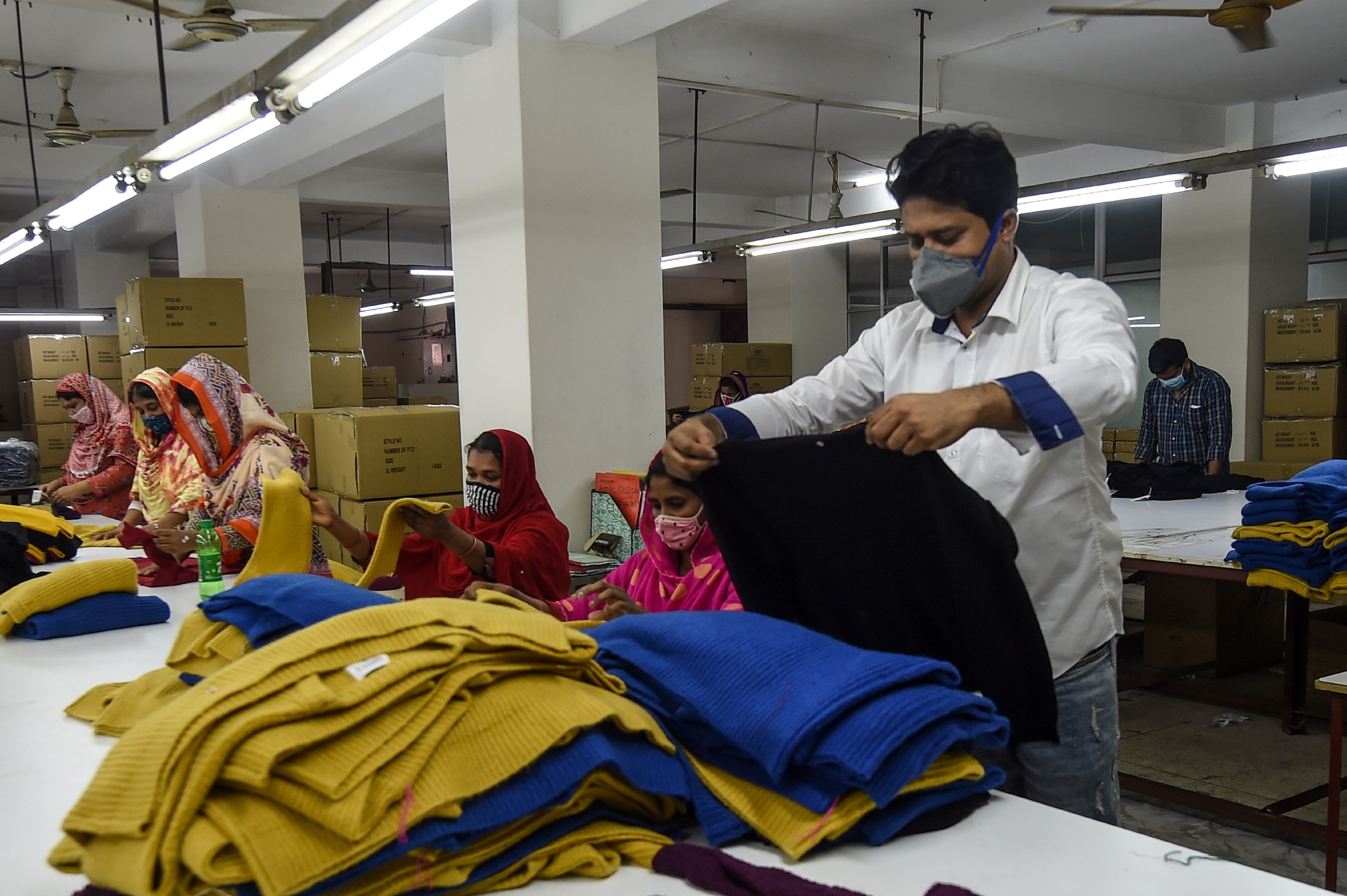 Managing Director of 'Dibbo Fashion Ltd' Rubel Ahmed (R) inspecting a sweater while labourers work at a garment factory as it has reopened.

Among those daring to hope for better times is Rubel Ahmed, the owner of Dibbo Fashion, a sweater factory at Ashulia, a major Bangladeshi garment and textile manufacturing hub just outside the capital Dhaka.

The married father-of-two set up the factory in 2013 and employs nearly 300 workers. He annually exports some $5-million of goods -- much of it to retailers in Spain, one of Europe's countries worst-hit by the virus.

"There were countless times I even prayed to Allah for improvement of the virus situation in Spain," he told AFP at an empty factory on April 6 after a lockdown that started on March 26.

Some 84 percent of Bangladeshi exports are garment-orientated in a country where much employment is informal.

The pandemic caused $3.2-billion worth of orders for Bangladeshi goods -- destined for top Western retailers such as H&M, Primark and JC Penny -- to be delayed or cut altogether.

Ahmed feared for his firm's future as he monitored news from Spain on a daily basis.

But on June 18, interviewed again post-lockdown, he was feeling confident.

Nearly all his staff were busy ahead of a first post-virus shipment since exports were halted in January and "so far everything is running smoothly," he said.

Despite making a loss, and taking out loans from family, friends and the government to pay staff wages during lockdown, Ahmed said proudly: "I didn't fire a single worker. In fact, I appointed some 10-12 new workers to catch up with the shipment deadline."

But he added: "If my shipments are refused and the crisis worsens, then, God forbid, I will be done with business. I will not be able to bear all the losses and the loans on my accounts." Dogs are cared for at the dog daycare 'Biscuits & Bath' in New York City.

Swanky Manhattan may be a world away from Bangladesh -- but COVID-19 did not spare New York-based dog spa, Biscuits & Bath.

Prior to the virus, the firm employed about 220 people in 13 boutiques.

Late March saw the 20-year-old company close its doors and lay off the bulk of its employees.

But grooming services resumed in mid-April due to "overwhelming" demand, said marketing and sales manager David Maher, and business is now back to roughly a third of what it was.

Staff must follow strict protocols that include sterilising leashes, wiping down dogs as they come and go, and directing customers to text a few minutes ahead of pick-up and drop-off to minimise contact with workers wearing face coverings.

Biscuits & Bath averaged $1-to-$2-million turnover per month prior to COVID-19.

The company is confident it will survive because it has maintained contact with its long-term customers, new ones are coming onboard and other competitors may struggle for lift-off in the post-COVID landscape. 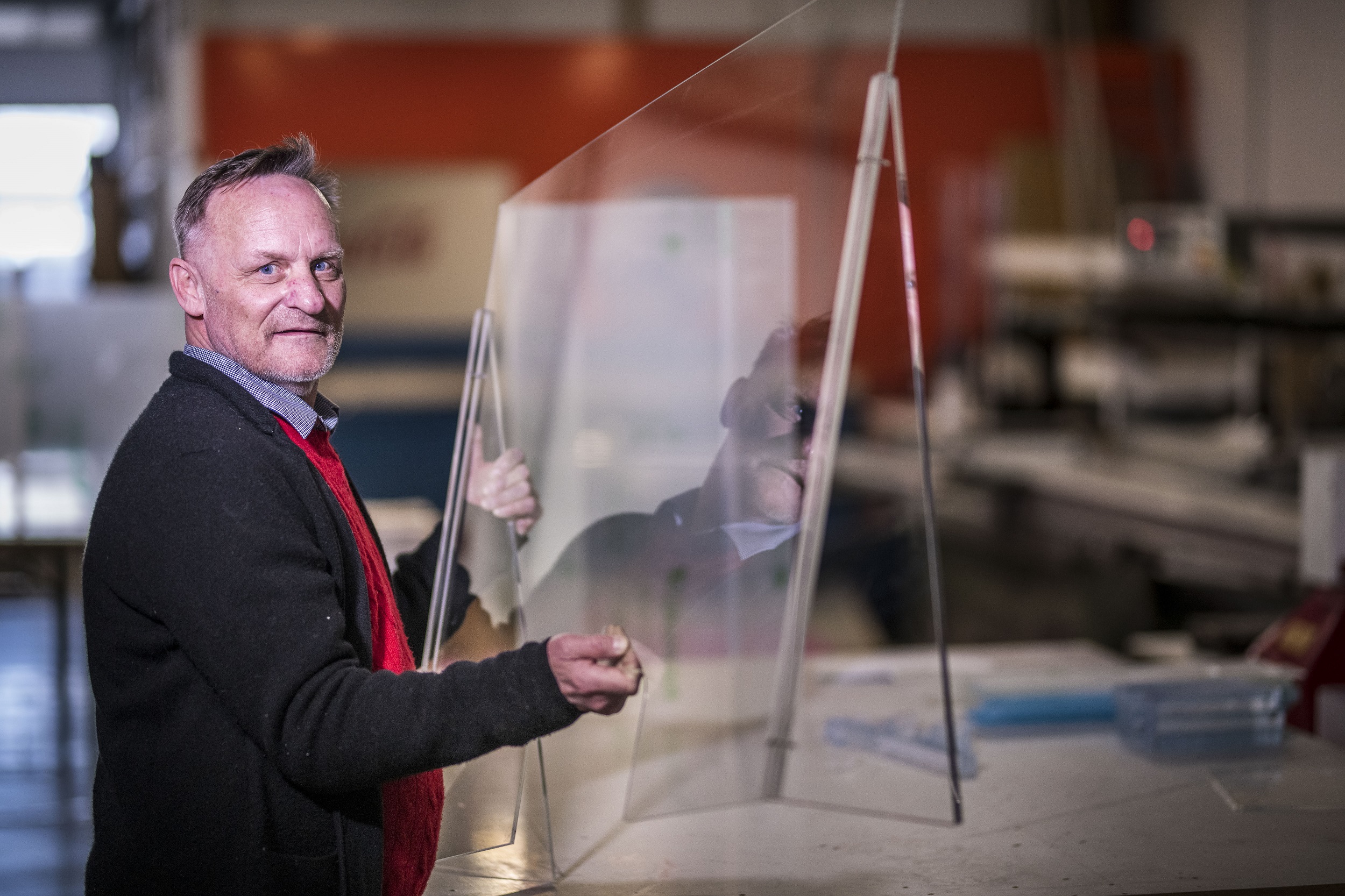 Even the worst crisis has its winners.

In Germany, Claus Mueller, owner of the century-old firm Plexiglas Riesner in Wiesbaden, told AFP in March -- when the crisis was at its peak -- that there was more demand for protective plexiglass than his firm could handle.

"Things have definitely calmed down now. The protective screens were necessary to allow businesses to reopen, and most now have them so the situation has normalised," he said.

With more work than ever for his three staff during the virus peak, he did not need to make use of the German government's massive rescue package for stricken businesses. Nor did he need to put workers on shorter hours.

"If you're one of the winners of a crisis, you can't ask the state for help. Other companies have been much, much harder hit," said Mueller, who was able to reward his employees with a one-off, tax-free bonus of 1,500 euros.

His firm had to turn down a flood of order requests from France, Italy, Spain, Sweden and Switzerland which it did not have the capacity to handle.

Mueller expects that plexiglass screens will remain in places such as pharmacies, doctors' surgeries, supermarkets and other businesses "where you could potentially come into contact with infected people", given the coronavirus crisis is not over yet.

- by Deborah Pasmantier and AFP bureaus