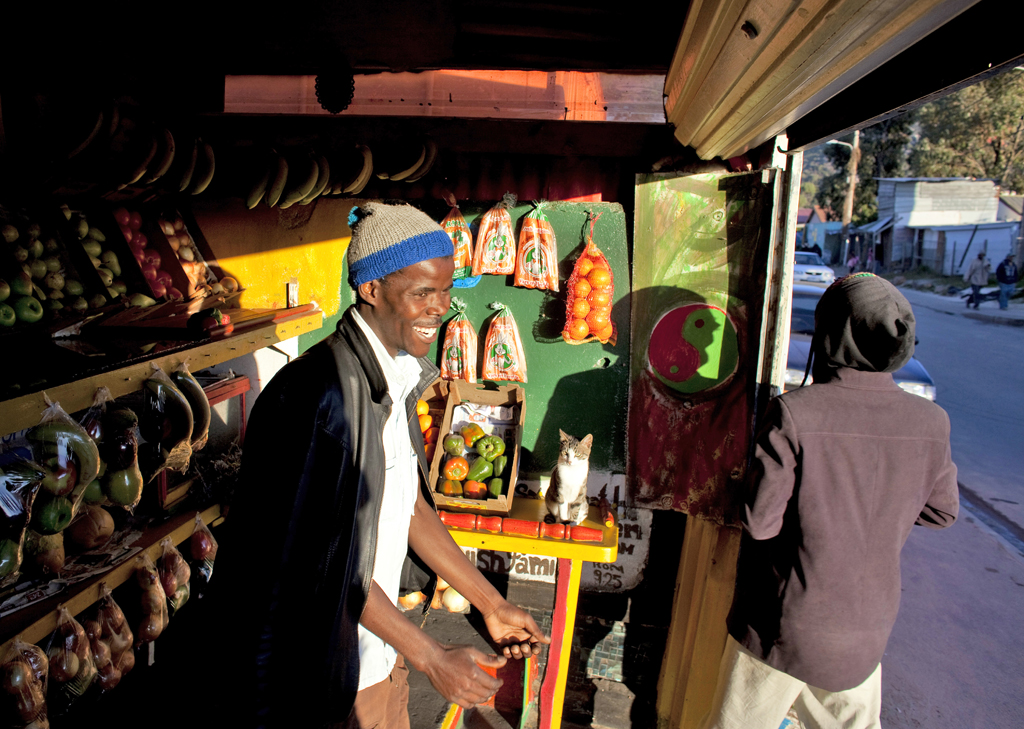 File: Informal food traders will be allowed to do business. But according to regulations, only those selling raw produce are included.

JOHANNESBURG - The publication of South Africa’s latest unemployment figures was accompanied by the usual wringing of hands and promises of job creation. This time, however, a new controversy arose because of an argument that official statistics don’t count economic activities in the informal sector.

In addition, every four years the Survey of Employers and the Self-Employed interviews owners or operators of small businesses which are not registered for value-added tax identified in the QLFS.

What do these surveys show? The latest QLFS found about 3 million people were working in the informal sector. This is just under 20% of total employment.

Critics of official data argue that a wide range of informal sector activities is not visible. Analysis of QLFS data by activity suggests otherwise. By way of example, analysis of QLFS data finds 92 600 mechanics, 71 800 construction labourers, 52 100 traditional medicine practitioners, 35 700 electricians and plumbers and 26 500 tavern and shebeen operators, among many other activities.

In short, official statistics suggest that the informal sector accounts for a large share of total employment. There seems to be little sense in quibbling about the numbers without compelling evidence to suggest that they are way off.

Some characterise the informal sector as the “shadow economy”. They also bemoan the lack of taxes paid by informal sector operators. These criticisms are one such outcome of misrepresenting the size and shape of the informal sector. The vast majority of informal operators (73%) earn well below the income tax threshold of R79 000 per annum (about US$5 372) set by the South African Revenue Service. For example, the hourly earnings of the typical own-account worker in the informal sector are R18 (US$1.20) for men and R13 (US$0.88) for women.

In addition many informal sector workers – and particularly those in retail – pay VAT on their purchases. But unlike their counterparts in the formal sector, they are not able to claim these amounts back from the tax authorities.

This is not to deny that some informal sector businesses are more successful and have the potential to create employment. The Survey of Employed and the Self-employed data suggests that these operators are largely men and working in transport and construction. It is also true that incentivising them to register and pay taxes would benefit the economy. However, the data suggest that this intervention would not be appropriate for the vast majority of own account operators in the informal sector.

We would argue that the informal sector is worth supporting because it is a large part of the workforce. Further, while earnings are often very low in the informal sector, this type of employment is particularly important in keeping households above the poverty line.

But what kind of support should be given to the sector?

The critical first step is “do no harm” measures. Regulations, like municipal by-laws that often criminalise work in the informal sector, need to be reviewed.

If we are serious about supporting the informal sector, we should not assume that it will expand and grow on its own amidst contradictory, opaque and even hostile regulations and practices.

A key driver in punitive approaches is an attempt to regulate the activities of foreign migrants. Research on foreign migrants in the informal sector shows that, contrary to popular claims, they are in the minority. It outlines multiple contributions by immigrants to employment, rent, food security and the tax base.

The need for a conducive environment for informal sector activity applies to South Africans and immigrants alike, and the blunt instrument of harsh regulation damages livelihoods and denies consumers access to the goods and services informal operators provide.

Recent actions to tackle counterfeiting in inner-city Johannesburg have gone way beyond this claimed intention, and prejudiced many traders not involved in selling counterfeits. These actions have effectively destroyed a hub of cross border trade, with annual turnovers twice that of Sandton City, South Africa’s upmarket shopping centre.

In the face of state failure, immigrants are easy scapegoats. Targeted closures of immigrant businesses are not only a violation of immigrants’ rights – but also fundamentally damages the economy.

In addition to the frequent emphasis on access to financial services and training, research on the informal sector demonstrates that investing in the relevant infrastructure has an important and positive impact on the resilience and productivity of informal workers.

Homes are the workplace of many informal workers. But too little attention is paid to this in approaches to the upgrading of informal settlements and low-cost housing developments.

And for women working in the informal sector, care responsibilities affect productivity and the ability to earn reliable income and accumulate assets. Far greater attention needs to be paid to affordable and accessible childcare and assistance with other care responsibilities.

Putting aside the controversy around the numbers, it is worth supporting those working in the informal sector. However, constructing a narrative that suggests a massive shadow economy not captured by the statistics is not helpful in tailoring policies which address the realities.