Support for female informal workers is urgent as pandemic unfolds 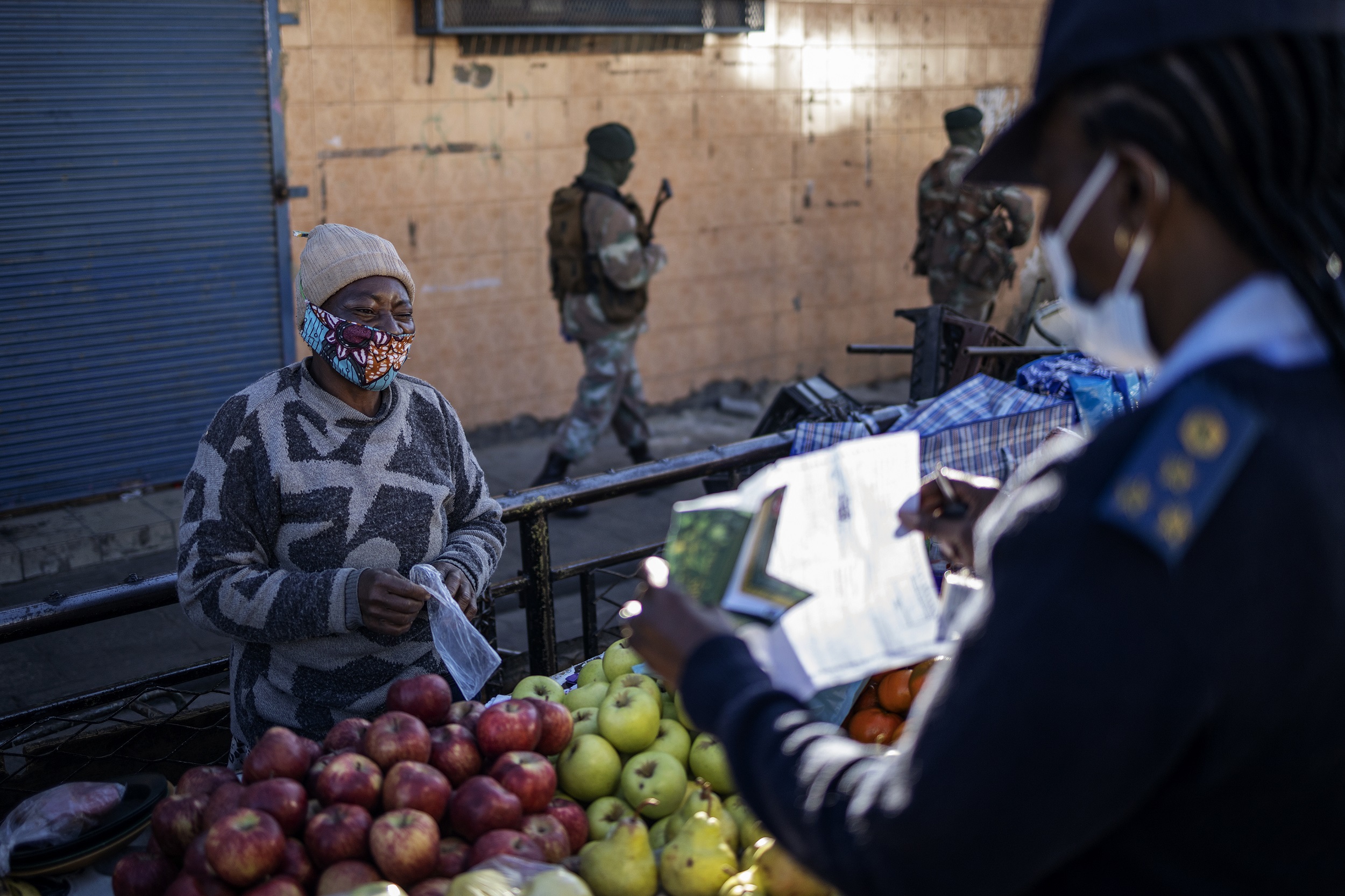 Women in the informal economy, and particularly those in informal self-employment, recorded large cuts in working hours and earnings.

Early in the COVID-19 pandemic, the International Labour Organisation predicted that measures to curb the spread of the disease would disproportionately affect women workers. This has certainly turned out to be true in South Africa.

Recent data suggest that under the strict lockdown conditions imposed in April, two-thirds of the 3 million people who lost their jobs were women. For the formally employed, schemes were put in place that offered some protection. But for the roughly one-third of the workforce in the informal economy, there is no safety net.

Our research, using data from the National Income Dynamics Study - Coronavirus Rapid Mobile Survey, shows that the informal economy suffered a major shock during the April lockdown period when no one, other than essential service workers, could leave their homes other than to access food, medicine, and social grants. It shows that women informal workers were particularly negatively affected.

Women in the informal economy, and particularly those in informal self-employment, recorded large cuts in working hours and earnings.

For the typical informal worker, working hours decreased from the standard 40-hour week in February to only 20 hours per week in April. At the median, women in informal employment experienced a 49% reduction in working hours between February and April (from 35 to 18 hours) while men saw a 25% decrease over the same period (from 40 to 30 hours).

Moreover, the data suggest that the largest differences in earnings between February and April were concentrated among the most vulnerable workers with the lowest earnings. Even before this crisis, women working informally recorded substantially lower incomes than men.

Income losses of this magnitude are a particular cause for alarm given the links between the loss of informal sources of income and the risk of dramatic increases in extreme poverty, hunger and food insecurity. Just under half of informal workers reported that their household had lost its main source of income since lockdown began. Over half reported that their household ran out of food during April.

If the analysis is restricted to workers who were ‘locked out’ of employment in April, then an alarming 60% of informal workers reported a shortfall in income that left them unable to meet their food needs.

In line with other work that highlights the risk of mass hunger, these findings suggest that, as the pandemic unfolds in South Africa, current interventions need to be significantly scaled up and far better targeted at informal workers in general, and women informal workers in particular.

A multi-faceted support package, informed by the gendered nature of work, needs to be implemented as a matter of urgency. Key tenets should include:

Firstly, increases to the child support grant should be per child not per caregiver: This measure alone would result in one-third more support to the poorest people, and an additional 2 million people above the food poverty line. Most child grant recipients are women and two-thirds of informal workers live in a household that receives one.

Second, the amounts allocated in the social grants should be increased. World Bank analysis of cash transfers introduced in over 200 countries during the pandemic calculates that the amounts are on average 30% of monthly GDP per capita. South Africa’s increases of R250 and R500 are between 3.5% and 6.9% of monthly GDP per capita. These amounts do not cover the monthly cost of a basic nutritious diet for one child of R638, let alone the R3,413 needed for a household. Increases need to be extended beyond the current October cut off.

Third, use the special COVID-19 grant as the basis of a universal basic income guarantee.

The introduction of a universal basic income guarantee would strengthen informal worker livelihoods. Two-thirds of the 2.7 million recipients of the government’s special COVID-19 grant, which should have reached at least 1.7 million more by the end of June, were men. This is one example of the systemic exclusion of women as well as the pitfalls of a non-universal system.

Fifth, reform the unemployment insurance system. Despite legislation compelling employers to register all workers, registration rates among certain worker groups remain extremely low. By mid June only 35,374 of the 1.2 million domestic workers had received unemployment benefits. Without a concerted effort from the department, informal workers will remain excluded.

Sixth, revise the requirements to access small business support. To qualify for loans and grants, applicants must satisfy multiple registration requirements. This places serious bureaucratic burdens on informal operators and might simply exclude them.

In addition, far greater attention needs to be paid to how different worker groups within the informal economy can operate in ways that minimise health risks. The policy response must help informal workers avoid the Hobson’s choice between earning a living and keeping themselves safe during the pandemic.

The authors are part of the global research-advocacy network Women in Informal Employment: Globalizing and Organizing.