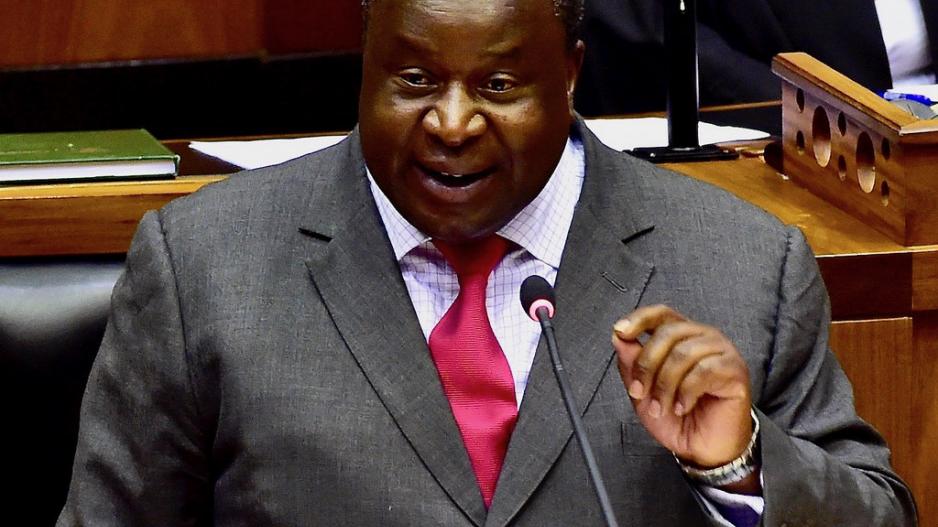 Over the past decade South Africa’s public finances have come under more and more strain. The days when the economy was growing and former finance minister Trevor Manuel brought baskets of fruit to parliament have been replaced by declines in the size of the economy per person and rising unemployment. This was symbolised earlier this year when finance minister Tito Mboweni brought a few drought-resistant bitter aloes to his budget speech.

These hard times have three main origins: the economic legacy of apartheid, the effects of the 2008 global financial crisis, and the massive damage done by inaction and state capture during President Jacob Zuma’s tenure.

Apartheid systematically limited the human development of the majority of the population. It destroyed communities, created costly spatial inequalities and led to extreme inequalities between race groups. Among the negative consequences were its contribution to skills shortages, high unemployment, high transport costs for workers, dependency on the state and high crime rates.

Twenty-five years later the country’s debt levels continue to exceed targets despite additional measures to raise tax revenue. The situation has been compounded by the worsening finances of state-owned enterprises. The result is that public finances are becoming a burden on the economy because of the tax revenues required. And due to increasing borrowing costs resulting from credit rating downgrades.

Because of these and other factors, South Africa faces a unique combination of challenges. This makes addressing the country’s economic problems vastly more difficult. Economic and fiscal policies used successfully in other countries cannot simply be imitated.

The presidency of Cyril Ramaphosa has shown a dramatic shift from the Zuma era. The main change is that it appears to genuinely carry good intentions – a focus on rebuilding the state and growing the economy, rather than looting both.

But good intentions are, unfortunately, insufficient. On top of this, the quality of advice Ramaphosa and Mboweni have to draw on for bright ideas in these dark times appears very low and often ideologically tainted. That doesn’t bode well for the country’s prospects.

Bad advice across the spectrum

Good political leaders rely on the expert advice of others. This is also true when it comes to public finances and economic policy. But South Africa is thin on such expertise.

This is evident in the kinds of solutions put forward by commentators such as the former deputy finance minister, Mcebisi Jonas. He has repeatedly called for “shock therapy” for parts of the economy. Shock therapy was a term used for extreme measures taken in former Soviet countries. It was driven by ideologically conservative economists, to introduce various aspects of capitalism.

This would be an inappropriate path to follow in a country like South Africa where, in any case, the private sector controls more of the economy than the state. It also reflects ignorance about the history of shock therapy and its failings.

This is perhaps unsurprising. Even one of the most highly qualified economists on the presidential economic advisory council recently claimed that austerity might help reduce South Africa’s high rate of unemployment. An assertion like this is, in my view, shocking. It ignores the harm caused by austerity measures and fails to acknowledge the structural origins of South Africa’s high unemployment rates.

On the left of the spectrum, some commentators still seem to be stuck in the arguments of the mid-1990s. There are calls for “fiscal stimulus” or changes in monetary policy to unlock economic growth.

There are many reasons to believe that these proposals are inappropriate. In any event, they would have only a small chance of success. Worse still, the advocates of these policies selectively ignore threats to public finances and fail to consider the damage that would result from their proposals not working.

While left-wing commentators are scathing about importing ideas from institutions like the International Moneary Fund (IMF), their own arguments about fiscal and monetary policy inappropriately parrot those made by so-called heterodox economists in developed countries. An infamous manifestation of this was the African National Congress secretary-general’s damaging call for quantitative easing.

Another shibboleth is that the country faces a “fiscal cliff” and must contain or cut public sector wages and social expenditure.

In my view the concept is deeply flawed. It is based on overly simplistic assumptions about trends in government spending and a conception of public finance sustainability that has no credibility internationally.

Ramaphosa and Mboweni have been doing their political part in playing up the prospects of the national treasury’s economic strategy paper. But the document is made up mostly of recycled ideas that are likely to have limited effect, or are simply bad. One example is that of introducing transport and water regulators, in the face of evidence that this would be a bad idea.

The composition of the advisory council established by the presidency, while clearly well-intentioned, also leaves a lot to be desired. The presence of two high-profile international economists with limited local knowledge, along with private sector economists and academics who specialise in commentary rather than substantive analysis, makes the council appear rather superficial.

The country’s high debt levels, repeated under-collection of tax revenue, flailing state-owned enterprises and non-existent economic growth mean that there is very little room for creativity in public finances. Instead, while the upcoming medium-term budget may try to paint a positive picture of prospects in distant years it will – as is now the norm – be focused on crisis management.

In the absence of a clear-eyed vision for the role of the state in relation to the economy and socio-economic outcomes, only good fortune will spare South Africa from stagnation, or a further worsening of public finances.