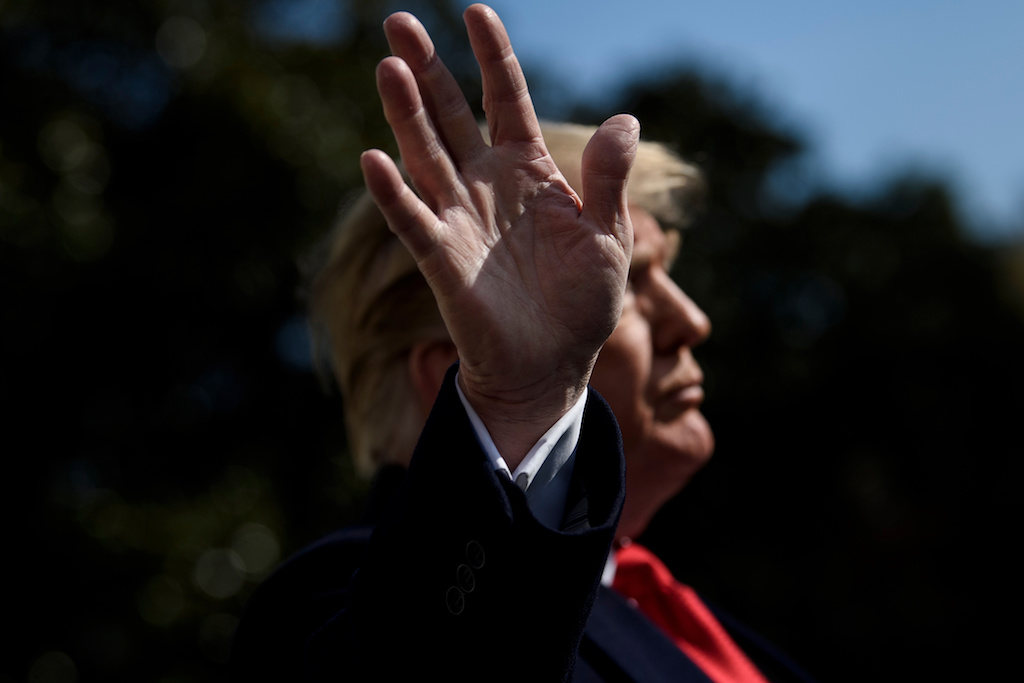 WASHINGTON - President Donald Trump is viewed negatively by the public in many countries, but the image of the US itself is generally favourable, according to a survey published by the Pew Research Center.

Sixty-four percent of those surveyed outside the US said they do not have confidence in Trump to do the right thing in foreign affairs, while just 29 percent expressed confidence in the US leader.

The survey looked at public opinion in 33 nations and was conducted among 37,000 people between May and October 2019.

Only 13 percent of those polled in Germany said they had confidence in Trump, 18 percent in Sweden, 20 percent in France, 21 percent in Spain, 25 percent in the Netherlands and Greece and 32 percent in Britain.

In Russia, 20 percent said they have confidence in the US president to do the right thing in world affairs.

In Mexico, 89 percent do not have confidence in Trump, Pew said.

In some countries, the public did express support for Trump: India (56 percent), Nigeria (58 percent), Kenya (65 percent), Israel (71 percent) and the Philippines (77 percent).

There was overall disapproval, however, of some of Trump's signature foreign policy initiatives.

Researchers used the median -- the middle value in any list of numbers -- to summarize non-US opinion on Trump's performance.

READ: Iran condemns Trump as a 'terrorist in a suit'

A median of 68 percent opposed his imposition of tariffs, 66 percent opposed the withdrawal from climate change agreements and 60 percent were against the US-Mexico border wall.

Pew also asked respondents for their views on other world leaders.

Overall attitudes towards the United States, however, were favourable, Pew said.

The most positive reviews in Europe came from Poland, where 79 percent said they have a favourable attitude towards the United States, followed by Lithuania (70 percent) and Hungary (66 percent).

The lowest ratings for the United States in Europe came from the Netherlands (46 percent), Sweden (45 percent) and Germany (39 percent).