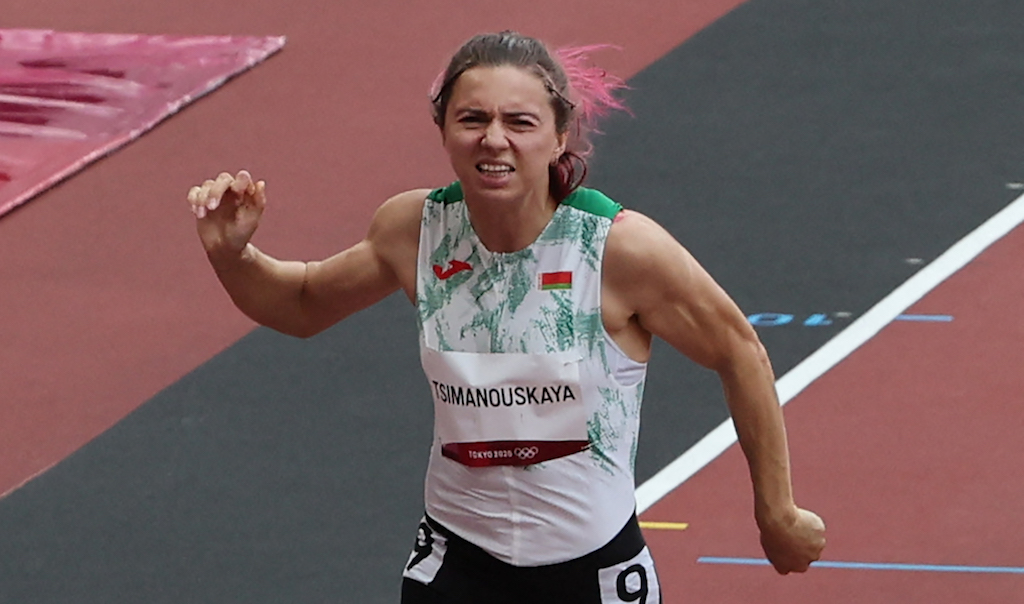 MOSCOW - Belarusian sprinter Krystsina Tsimanouskaya was a virtually unknown athlete until this weekend when the 24-year-old found herself at the centre of a political scandal at the Tokyo Olympics.

Tsimanouskaya was supposed to be competing in the 200 metres heats in the Olympic Stadium on Monday, but instead became the subject of intense diplomatic wrangling over her future.

She claimed her team tried to forcefully send her back to her authoritarian homeland from the Olympics.

The runner spent the night in an airport hotel after seeking protection with Tokyo 2020 officials to avoid getting on a plane.

The uproar erupted after the athlete had criticised the Belarusian athletics federation for entering her into a relay race without giving her notice in a video online.

She then alleged her coaches tried to take her home by force on the decision of the country's political leadership, in a move reminiscent of the Soviet practice of bringing disloyal athletes home.

The athlete's husband, Arseny Zdanevich, told AFP she would likely travel to Poland, adding he himself had left Belarus.

In an interview with Belarusian sports website tribuna.com, Tsimanouskaya said officials had given her less than an hour to pack her things before taking her to the airport.

She said she feared that Belarus "was not safe" for her anymore and that she was "scared they could put me in prison."

The Belarusian Olympic Committee, which is run by President Alexander Lukashenko's son Viktor, claimed the athlete was not in the right psychological state to remain at the Olympics.

Sport is never far from politics in the ex-Soviet country ruled by Lukashenko, the long-serving authoritarian leader who sparked mass protests last year for claiming to have won a sixth presidential term.

Belarusian security forces unleashed a crackdown against the protests, detaining thousands of demonstrators and pushing opposition leaders into exile.

Shortly before the Tokyo Games, Lukashenko warned sports officials and athletes that he expected results in Tokyo.

"Think about it before going," he said. "If you come back with nothing, it's better for you not to come back at all."

Tsimanouskaya was one of more than 2000 Belarusian sports figures who signed an open letter last year calling for new elections and for all political prisoners to be freed following the mass protests.

Some athletes were also briefly detained in the protests, including a kickboxing champion and an Olympic medalist.

In August last year, Tsimanouskaya had called for an end to repression.

"I am against any kind of repression, I am for peace, for honesty, for freedom of speech," she said in a post on Instagram underneath a photo of her holding the Belarusian flag.

"Tsimanouskaya is proof that any Belarusian athlete sent to the Olympics can become a hostage if he finds the courage to speak," she said on messaging app Telegram.

Belarusian state television scorned the runner, with one presenter calling her "a person that has nothing to do with the Olympic movement".

The country's sports and political officials have suggested that the incident was pre-planned and could have been orchestrated from outside.

"It is possible that (outside influence) was working with the girl," said political commentator Alexander Shpakovsky in the official newspaper of Belarus's presidential administration, Sovetskaya Belorussiya, suggesting the country's neighbours were involved.

Born in 1996 in eastern Belarus, Tsimanouskaya competed in the 200m at the world championships in Doha in 2019, but was knocked out in the heats after finishing fourth in her race in a time of 23.22 seconds.