The victims of the Ethiopia plane crash 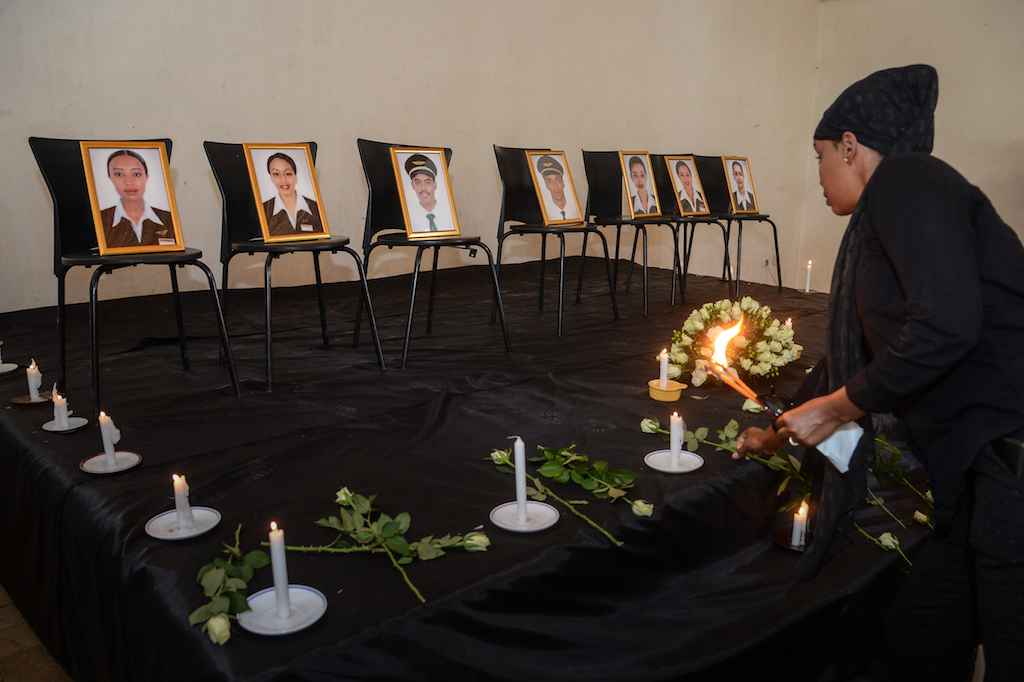 A woman lights a candle during a memorial ceremony for Ethiopian Airline's seven crew members who died in the crash.

PARIS - A renowned undersea archaeologist, an MP's entire family and a top peacekeeper were among the victims of Sunday's plane crash in Ethiopia, along with many people working with the United Nations on development, aid and the environment.

Here are some of their stories: 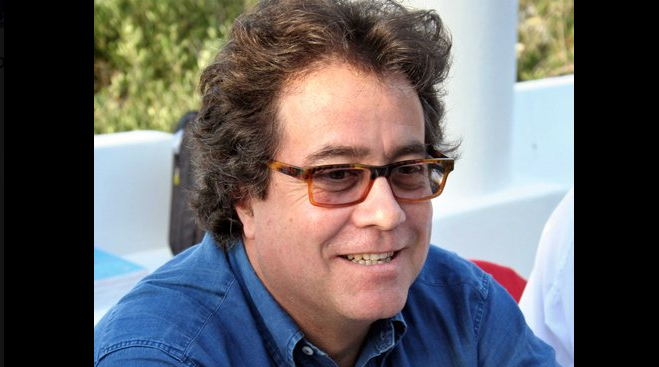 Sebastiano Tusa was on his way to Kenya to give keynote address at a UNESCO conference when the plane went down.

Italian archaeologist Sebastiano Tusa spent years exploring the seabed off the Egadi islands near Sicily, finding Roman amphora in wrecks and according to Italian media reports, a bottle of wine dating back 1,000 years or more -- believed to be the oldest in the world.

His great passion was the decisive Battle of Egadi between the Mediterranean powers of the Roman Republic and Carthage on 10 March 241 BC.

"Dad is a man that loves great battles. He never gave up. Two years ago he defeated a very aggressive tumour. Everybody thought he was a goner, but he never gave up because he's a strong, determined man. He's my role model," his son Andrea Tusa told the Repubblica newspaper.

Tusa was on his way to Kenya to give keynote address at a UNESCO conference when the plane went down.

"He called from (Rome's) Fiumicino airport to say he'd ring me as soon as he landed and wake me up. Instead on Sunday there was silence, not even a message," his wife, Valeria Patrizia Li Vigni, a museum director in Sicily, told the Corriere della Sera.

"I had a terrible feeling, even though the friends I met at mass said I shouldn't worry because bad news travels fast. In the end it arrived anyway, and it destroyed my life. I felt the disaster coming. I felt alone. Why wasn't he calling me? He hadn't even wanted to go. For the first time it was a sad goodbye.

"But he had a profound sense of duty, he believed that archaeology was a message of peace, the cement between peoples and their histories."

"It is with deep sorrow that I announce that my dear wife, Blanka, son Martin and daughter Michala, died in the air disaster in Addis Ababa this morning," Hrnko wrote on his Facebook page.

Hrnko is vice-chairman of the Slovak National Party (SNS), a junior member of the governing coalition.

The family's trip to Africa was arranged by Martin as a gift to his sister Michala, according to media reports in Slovakia.

Hrnko's wife was a lawyer specialising in real estate while his 34-year-old daughter worked as an IT specialist at a Bratislava-based film production company.

Martin worked as a travel guide and had booked a safari for his sister and mother.

A fourth Slovak victim, Danica Olexova, 42, was a teacher and humanitarian aid worker with Dobra Novina (Good News). She was travelling to Kenya to manage a project the organisation was setting up there for children. 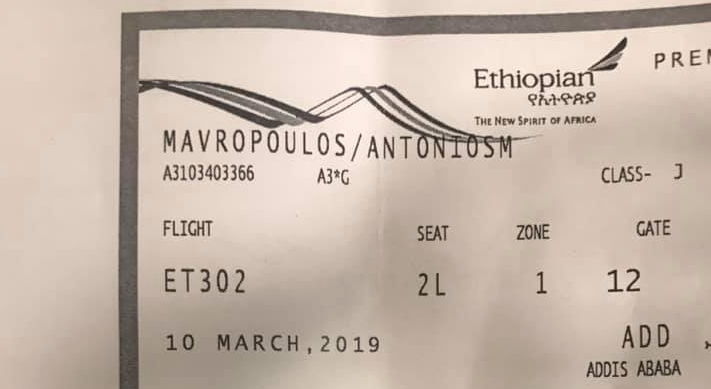 Antonis Mavropoulos posted his story on Facebook entitled "My lucky day" in which he included a photo of his ticket.

A Greek man said he would have been the 150th passenger on the plane, but he arrived two minutes late for the flight.

"I was mad because nobody helped me to reach the gate on time," Antonis Mavropoulos said in a Facebook post entitled "My lucky day" in which he included a photo of his ticket.

Mavropoulos, president of the non-profit International Solid Waste Association, was travelling to Nairobi for the the annual assembly of the UN Environment Programme, according to the Athens News Agency.

But he reached the departure gate two minutes after it closed.

He booked a later flight but was then prevented from boarding and taken to the airport police station.

Airport authorities explained they wanted to question him and check his identity because he was the only passenger booked on the doomed flight who wasn't on board.

"The officer told me not to protest but to pray to God because I was the only passenger that didn't board the ET 302 flight that was lost," Mavropoulos said in his post.

Two researchers, Doaa Atef and Abdel Hamid El Farag, from the Cairo-based Desert Research Centre took the flight on their way to a training course in Kenya.

"I remember Doaa being so excited the night before travelling, that's the last time I saw her. She was so happy she was like a bird flying," Atef Abdelsalam said of his 29-year-old daughter.

"Last week we attended her cousin's wedding and she said to me happily 'what do you think Dad? you will get to celebrate my wedding soon'. Now she's gone."

Joseph Waithaka was a Kenyan-British dual national who moved to the UK in 2004 before returning to live in Kenya in 2015, according to reports.

His son Ben Kuria told the BBC his father was a "generous" man.

Waithaka was returning to the region after visiting his family in Britain last week. "I gave him a hug and shook his hand... and I said we'll probably see you at some point soon," Ben Kuria said their farewell on Saturday.

While living for a decade in Britain, Waithaka had worked for a probation service in the northeast English city of Hull. "He helped so many people in Hull who had found themselves on the wrong side of the law," his son told the Hull Daily Mail. 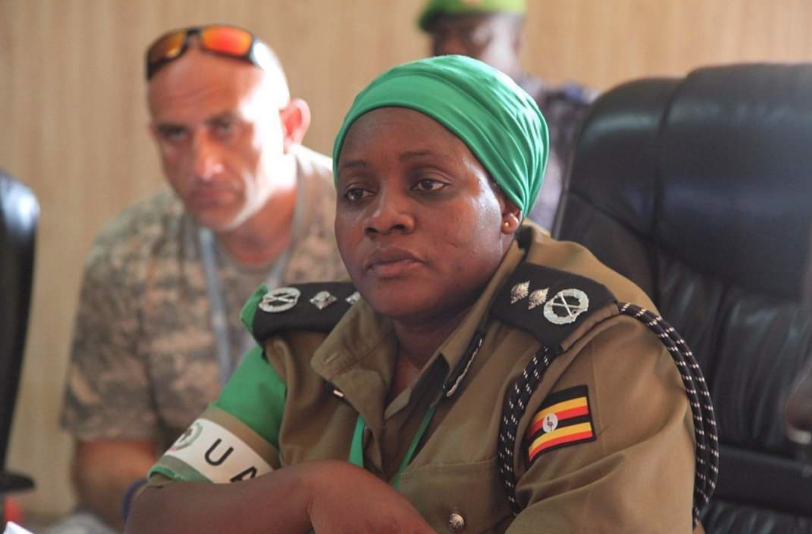 Christine Alolo joined the police in Uganda as a cadet in 2001 and served in various command positions.

Christine Alolo was working with the African Mission in Somalia (AMISON), a peacekeeping force that is battling to keep security in the troubled country where Al-Shabaab Islamist extremists launch frequent attacks.

Alolo, a Ugandan national and mother of two who was serving as the mission's acting police commissioner, was returning to Mogadishu from Italy.

She had joined the police in Uganda as a cadet in 2001 and served in various command positions.

"She was a highly respected member of the force who loved her job," Uganda's police force said in a statement.