Violence in DR Congo's Ituri may be crimes against humanity: UN 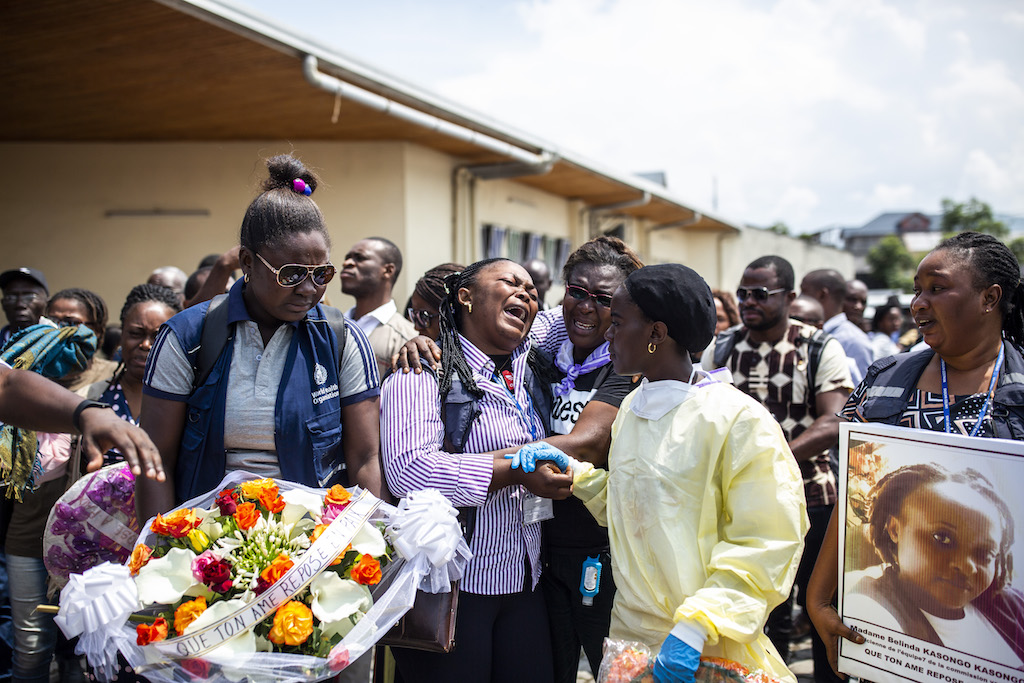 Family and colleagues of Belinda Kasongo attend her funeral. Kasongo was killed by armed men.

KINSHASA - Hundreds of people have been killed or raped in attacks on the Hema ethnic group in eastern DR Congo's Ituri province, in what "may amount to crimes against humanity" or even genocide, the UN said.

"At least 701 people have been killed and 168 injured during inter-ethnic tensions between the Hema and Lendu communities, in the territories of Djugu and Mahagi, from December 2017 to September 2019," the UN Joint Human Rights Office (UNJRHO) said.

"In addition, at least 142 people have been subjected to acts of sexual violence.

"Most of the victims are members of the Hema community."

Since February last year, nearly 57,000 people have taken refuge in Uganda and more than 556,000 have fled to neighbouring regions, according to UN figures.

"Among their objectives is to take control of the land of the Hema communities and their associated resources," UNJRHO said in a press release.

Tensions between the Lendu, who are sedentary farmers, and the Hema, who are predominantly cattle herders and traders, have a long history.

Conflict between the two groups between 1999 and 2003 caused tens of thousands of deaths, ending only with the dispatch of a European force called Artemis -- the first rapid-reaction military mission by the European Union outside Europe.

The UN report documented a range of atrocities, including the raping of women, the killing of school children and looting and burning of villages.

It added: "The barbarity that characterises these attacks -– including the beheading of women and children with machetes, the dismemberment and removal of body parts of the victims as trophies of war -– reflects the desire of the attackers to inflict lasting trauma to the Hema communities and to force them to flee and not return to their villages."

Documented cases of violence in Djugu and Mahagi "may present at least some of the constitutive elements of the crime of genocide," the report said.

There were also acts of reprisal by some members of the Hema community between 2017 and 2018, including the burning of villages and isolated attacks targeting the Lendu, it added.

The report also pointed the finger at the Democratic Republic of Congo's security forces.

Army and police deployed to the region since February have failed to stem the violence -- and security forces themselves had carried out abuses, including extrajudicial killings, sexual violence and arbitrary arrest.

Two policemen and two soldiers have been convicted by DRC courts.

The report names a Lendu militia called Codeco, for Cooperative for the Development of the Congo, and its suspected leader, who goes by the name of Ngudjolo.

In July, the DRC's new president, Felix Tshisekedi, said there had been an "attempted genocide" in Ituri and vowed to crackdown.

The army began an offensive against Codeco on January 3.

On Monday, it said it had killed 16 militiamen in two villages -- Ngongo in Djugu and Lipri in Irumu territory, both located about 40 kilometres from the provincial capital Bunia.