Virginity testing: a ritual from Afghanistan to Zimbabwe 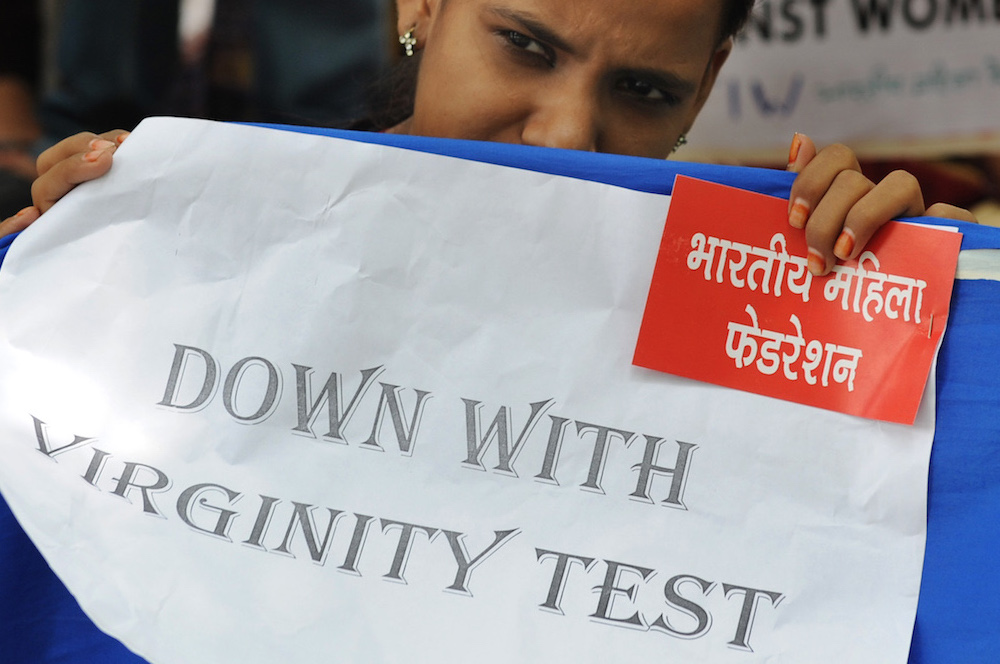 LONDON - Health experts have condemned US rapper T.I. for subjecting his teenaged daughter to an annual virginity test, saying the practice was harmful and unscientific.

The rapper made his comments on a US podcast, drawing widespread condemnation on social media for invading his daughter's privacy and endorsing a disputed practice.

The United Nations calls virginity testing “painful, humiliating and traumatic” and wants it banned. Human rights experts agree. But women and girls still undergo the examination, including in the following seven countries:

Afghanistan: Women and girls accused of “moral crimes”, such as running away or pre-marital sex, are tested and the results used in court. President Ashraf Ghani discourages testing but there is no actual ban. Women who fail the tests can land up in jail.

India: Doctors who examine rape victims often insert their fingers into a woman’s vagina seeking insight into her past sex life. In one case, two doctors examined one woman and had contrary findings, in a case that underlines widespread doubts about its accuracy.

Indonesia: Women applying to the police are often required to undergo tests for “mental health and morality reasons”. All branches of the Indonesian military have used virginity tests for decades and, in certain circumstances, also test the fiancées of officers.

Iraq: After escaping sexual slavery, Yazidi women were routinely tested by Kurdish officials in forensic, post-rape examinations that ran until 2016. The head of a committee gathering evidence of ISIS crimes said the tests provided vital evidence.

South Africa: Testing is condoned in Zulu culture, with virginity certificates even awarded at ceremonies. In 2016, the Commission for Gender Equality investigated a “maiden bursary scheme” for girls who underwent testing and remained virgins during their studies.

United States: There is no US legislation banning testing and doctors are given no official guidance. A 2016 survey of 288 physicians said that 10 percent had performed a test. It found a rising number of US patients wanted tests or hymen restoration surgery.

Zimbabwe: Archbishop Johannes Ndanga said girls as young as 12 are examined by church elders. If a man marries a woman who is not a virgin, he said she must then find a virgin for her husband to marry in a polygamous union as compensation.

END_OF_DOCUMENT_TOKEN_TO_BE_REPLACED

ZCC yet to decide on reopening during Level 3 lockdown