Why COVID-19 offers a chance to transform UN peacekeeping 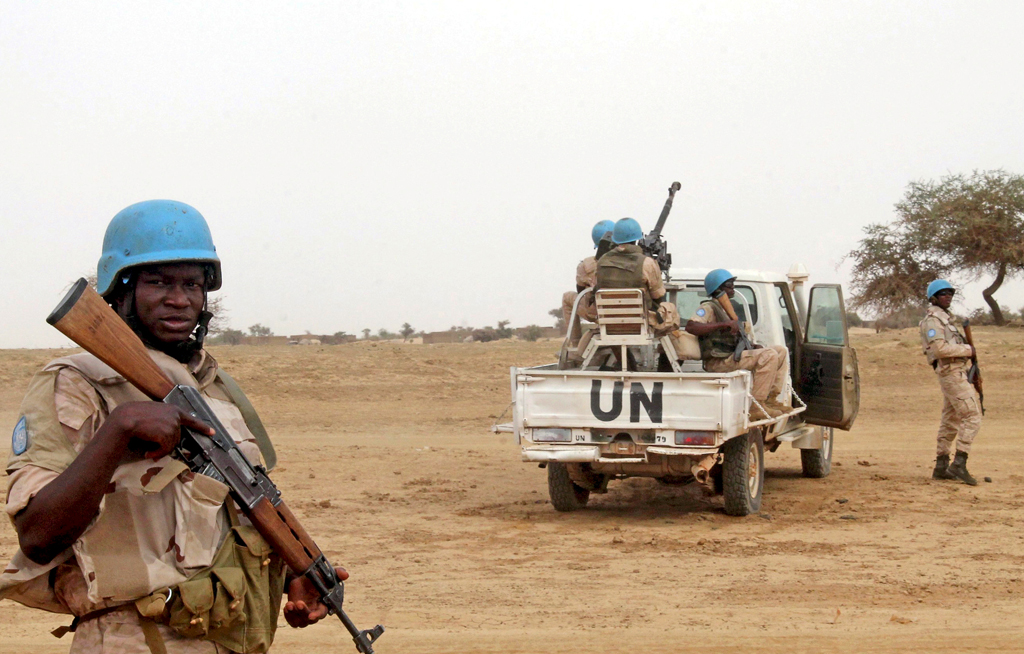 File: COVID-19 has also created conditions that suggest the demand for peace operations may be even greater in the medium-term.

Peacekeeping may be entering a period of major change. Over the past four years, there has been a steady decline in the number of peacekeepers deployed worldwide. And two of the largest peacekeeping missions in history are beginning to draw down.

These two developments hint at the fact that UN peacekeeping may appear poised to shrink further. There are a number of factors driving this. They include budgetary pressures and a contested track record. Added to this have been the more recent financial and practical challenges posed by the COVID-19 pandemic.

Yet, COVID-19 has also created conditions that suggest the demand for peace operations may be even greater in the medium-term. This is because the economic, security and social effects of COVID-19 are likely to cause greater instability in conflict-prone countries. This could lead to new internal conflicts at a time when UN member states are consumed with their own internal affairs.

This greater need for peacekeeping efforts offers an opportunity for the UN to explore a real spectrum of peace operations beyond the large multidimensional model. Future missions could be more orientated towards deeper socio-economic drivers of today’s conflicts.

The end of an era?

At its height in 2015, UN peacekeeping deployed nearly 100,000 troops and operated with a budget of over $8 billion. Among the deployments were the “big five” missions in Mali, the Central African Republic (CAR), the Democratic Republic of the Congo (DRC), Darfur, and South Sudan.

The big five may be headed towards the “not-so-big three.”

The peacekeeping mission in Darfur has drawn down from 20,000 to 4,000 and is set to be replaced by a more politically-focused follow-on presence. After 20 years in the DRC, the UN’s biggest and most expensive mission is also moving towards the off ramp, already drawing down its 16,000 troops and over 1,000 police.

No major new missions have been authorised since 2014. It may, therefore, appear that this era of peacekeeping is in decline.

What we stand to lose

There will be very real costs to the closure of large peacekeeping operations. Unlike recent closures in Liberia and Côte d'Ivoire – where missions ended following successful peace processes – those in Darfur and Congo will be leaving with far greater risks of relapse into large-scale violence.

In Darfur, the nascent government will struggle with a peace process that is far from complete. Three million people remain displaced and vulnerable.

In DRC, an extremely fragile government faces armed group activity still threatening large swathes of the east of the country. There are also more than three million internally displaced people.

Both countries could quickly fall back into large-scale fighting.

The UN may not have succeeded in fully addressing these risks, but there is evidence that the presence of peacekeepers has helped to protect civilians with the broad effect of reducing violence.

Moreover, peacekeepers are the eyes and ears of the international community, reporting on human rights violations, helping to constrain some belligerents, and providing a factual basis for the world’s response. When these missions disappear, there is a possibility that greater violence could grow unchecked.

It is our belief that the demand for peacekeeping may be set to return. One reason is that COVID-19 is hurting fragile economies and threatens to lead to suffering on a grand scale. This could quickly trigger large-scale discontent and broader conflict.

In places like Burkina Faso, Cameroon and northern Nigeria, widespread violence was already causing significant instability before COVID-19. A sharp economic shock could easily trigger a much more serious decline, potentially spilling into the region.

Consumed with their own domestic woes, major powers may well outsource new conflict management to the UN, particularly in areas without strong geostrategic interest.

The UN should treat the current COVID-19 crisis as an opportunity to transform its approach to peace operations. It should use the economic impact of the pandemic to focus on the social and economic drivers of conflict while setting more realistic expectations when it comes to the use of force.

Today’s conflicts have a number of drivers that are different to those of even a decade ago. They often involve a range of non-state actors, there are inevitably transnational flows of people and goods, climate change is playing a role, and there are a range of social and economic drivers. In addition, the role of new technologies in modern conflict is creating a largely hidden world of conflict actors.

Despite cases where the UN has succeeded in protecting civilians in high-risk settings, it has struggled to deliver on ambitious protection of civilians mandates.

Given these trends, the UN should consider peace operations along a spectrum, where a large military footprint is only one option among many. Small missions could accomplish a great deal through partnerships with the private sector, civilian-led protection, human rights monitoring (including via social media), developing better intelligence capacities, and helping to build consensus around political processes.

Models without a military component exist, including the peacebuilding mission in Guinea-Bissau, the new political mission in Haiti, the regional prevention work of the UN Office for West Africa and the Sahel, and a range of successful conflict prevention initiatives by the UN in non-mission settings.

Other models could include missions where unarmed police perform key policing functions, or where armed formed police units play the central role (such as Haiti’s earlier mission).

In some cases, the setting will require the kind of security guarantee that a large military component might bring. But we should learn from Darfur about the limitations of militarised peacekeeping, when the protagonists are not willing to put down arms.

The exigencies of the time demand that the UN is more flexible and responsive to rapidly changing dynamics. As the UN reflects on 72 years of peacekeeping, it should not be consumed with how to draw down its big operations or how to survive with its current models. It should be transforming peace operations into a tool that meets tomorrow’s conflicts.