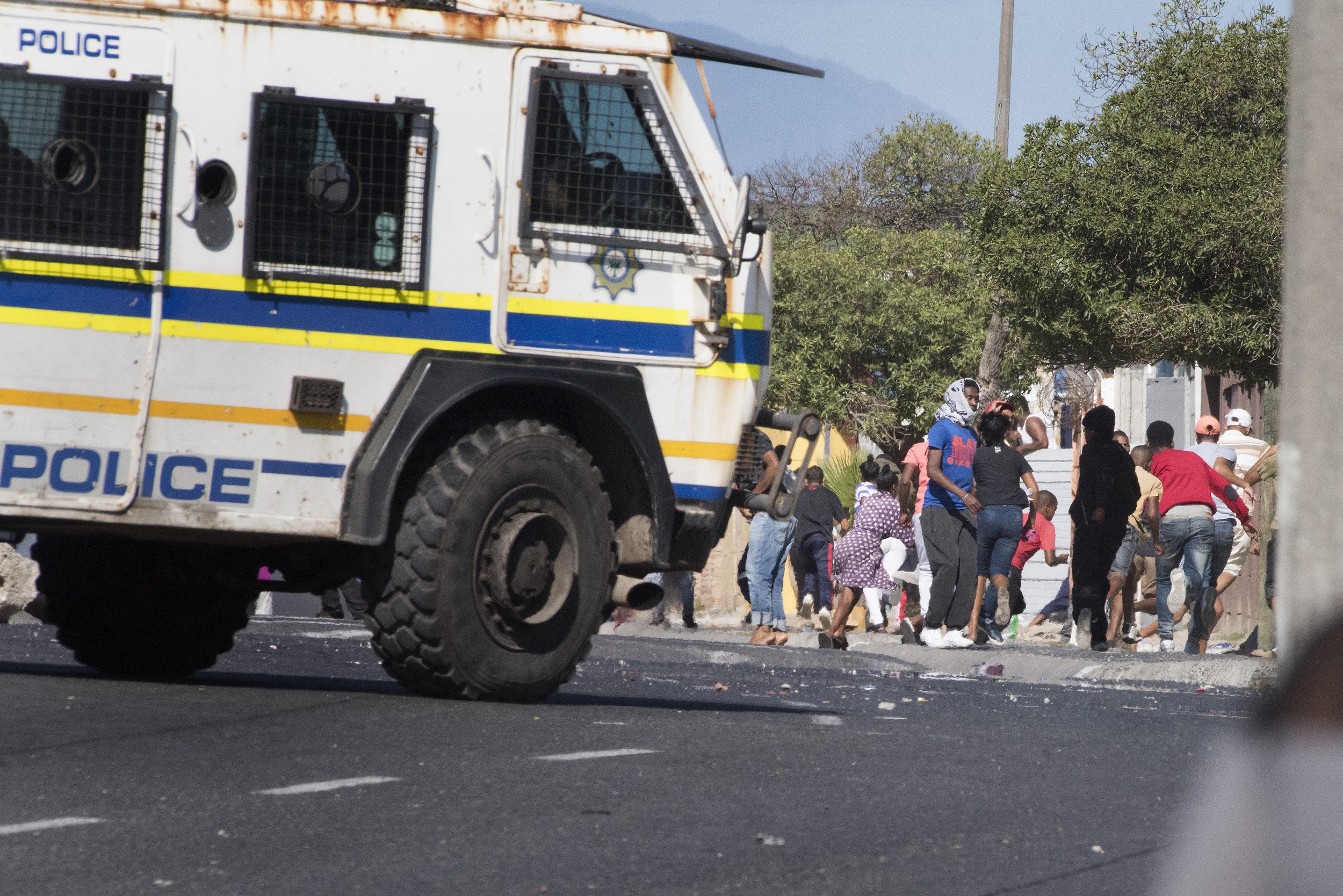 File: Heavy-handed policing will not slow the transmission of COVID-19.

Many African countries have imposed lockdown measures stricter than countries in Europe and Asia in a bid to contain the spread of the new coronavirus. But, due to the significant variation in living conditions on the continent, implementing these measures is likely to be more difficult in some places than others.

This presents a significant challenge for the police. Should they rigidly enforce social distancing and other measures, or should they be more cognisant of the local context?

A significant proportion of Africans live in high population density slums and townships or urban areas. Effective social distancing is impossible because of overcrowding and poor sanitation.

“Lockdown”, as it is meant in wealthy Western nations, is therefore simply impossible in overcrowded conditions with no sanitation.

Even where a semblance of lockdown is physically possible, many people in Africa live in poverty, on a hand-to-mouth basis. For them, a lockdown is not an option because it means loss of the means to live. Over 330 million Africans, out of a population of 1,3 billion, already live in hunger. Often the need to eat forces people out of their houses.

How should police respond to regulations that are effectively impossible to enforce strictly, and how should they respond to non-compliance?

Many countries across the continent, for example, South Africa, Rwanda, Kenya and Uganda, have deployed police, and in some cases, the army, to enforce lockdowns, in many instances using heavy-handed tactics.

However, heavy-handed policing will not slow the transmission of COVID-19. What’s needed is a harm-reduction approach. Nested in a concern for human rights and sensitive to the context individuals find themselves in, harm reduction encapsulates the range of pragmatic and practical steps to lessen the impact of inherently harmful behaviours or situations.

In policing, harm reduction approaches have been used successfully in response to substance use and have wider application to a range of other contexts, including pandemics.

In an African context, this could relieve security services of the expectation to achieve the impossible and would allow citizens to inform the design of responses that are effective in the context.

The justification for imposing lockdowns is to protect the population from a disease that continues to spread in most countries across the world. That public-health goal must be kept in mind when deciding policing strategy, especially if leaders are to avoid suspicion of seizing an opportunity to display strength or extend the reach of the state.

Unfortunately, as noted, police have all too frequently taken a heavy-handed strict enforcement approach towards lockdown regulations. Some, such as in South Africa and Uganda, have employed brutal force to achieve compliance. This has led to a number of deaths.

In South Africa, this is despite clear instructions to the contrary from President Cyril Ramaphosa.

Violations of human rights to this extent are not warranted as they fail to consider the difficulty of compliance for many citizens. They may also be counterproductive, resulting in more public order problems and even in violent protests. This has already happened in some parts of the continent.

The excess use of force also alienates police from the community, reduces trust in police, and reduces the legitimacy of authority in the eyes of ordinary people.

Policing strategies for pandemics should be highly contextual and dependent on the capability, capacity, history and local legitimacy of the police. A strict securitised enforcement model that attempts to enforce, to the letter, whatever the government suggests, is unlikely to work in many contexts.

Police should be using more contextual harm-reduction approaches. Their responses to violations should be proportionate to the circumstances, which may make compliance untenable.

In “harm-reduction approaches”, police would attempt to clearly communicate social-distancing techniques, but would not use forced compliance. They would tolerate curfew breaking, instead seeking to inform and guide those breaking curfews and achieve compliance that way.

To achieve active compliance, it is often more effective to pose problems to a community and ask the community to come up with the solution than to seek to impose a solution devised elsewhere. From a procedural justice perspective, this gives the community an active “voice”.

Read more: Pandemic underscores gross inequalities in South Africa, and the need to fix them

Similarly, authorities need to give communities explanations for particular decisions.

This harm-reduction approach to policing allows for the co-creation of solutions between citizens and state.

It stands the best chance of effectiveness, given the impossibility of implementing the kind of lockdown that appears to have been effective elsewhere.

A securitised approach is unhelpful where those regulations are either impossible to implement or ineffective in the context, due to overcrowding and poor, shared sanitation.

Heavy-handed policing will be recognised as unreasonable and will damage the credibility and legitimacy of both the police and the state at a time when trust is of utmost importance. This will likely reduce public cooperation, leading many to disregard public health messages.