Why Ramaphosa had to delay appointing South Africa's next cabinet 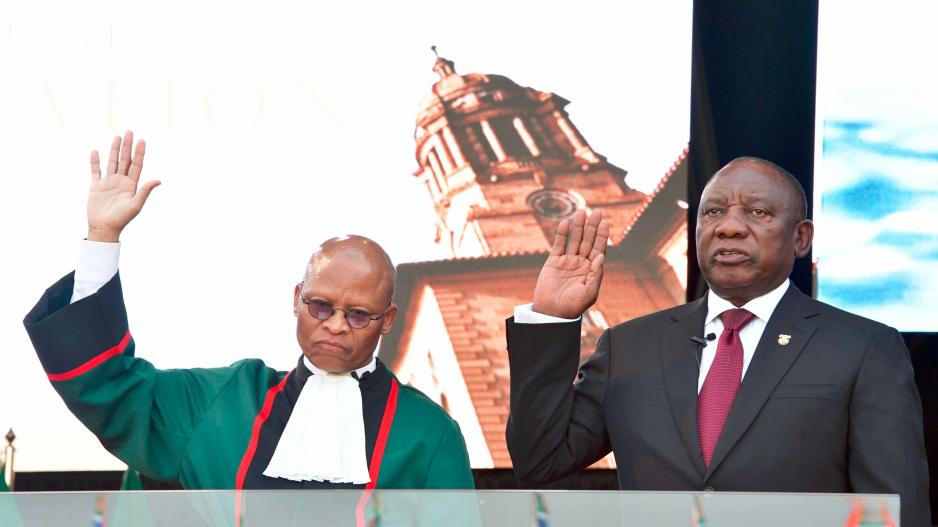 The delay in the appointment of South Africa’s new Cabinet after the inauguration of President Cyril Ramaphosa on 25 May 2019 reflects the impact of two institutions: first, the governing African National Congress’s (ANC) integrity commission, and secondly, the Public Protector.

The ANC’s integrity commission’s job is to root out unethical conduct in the party. The Public Protector’s responsibility provides oversight over the government. It’s empowered to “investigate, report on and remedy improper conduct” by all state organs.

Ramaphosa needs both if he is to succeed in cleaning South Africa’s body politic of corruption. He therefore can’t afford to run roughshod over either.

All the incoming presidents since democracy in 1994 have announced their deputy presidents, cabinets and deputy ministers on the day after their inaugurations. Ramaphosa is the first who has not done so.

Since the inauguration, and until the members of a new cabinet are sworn in, South Africa is without a cabinet. For this period, Ramaphosa is the only member of the Executive. Not even the Deputy President is available.

The Constitution is clear about the fact that the President must assume office within five days after his election by Parliament. And that the first sitting of the National Assembly after an election must take place not later than 14 days after the election results are announced.

But it’s silent on the Cabinet. Theoretically, at least, this means that the President can continue without a cabinet for an unspecified period.

The main reason Ramaphosa hasn’t been able to act with haste is because the integrity commission has made unfavourable pronouncements against some prospective Cabinet members. One of them is his deputy David Mabuza. And, the Public Protector has recommended he take disciplinary action against Pravin Gordhan, his trusted former Public Enterprises Minister.

Ramaphosa couldn’t appoint people with a cloud over their heads, especially given his stated commitment to a clean and effective government.

The ANC’s integrity commission was established under the party’s constitution. Any member accused of unethical or immoral conduct that can bring the ANC into disrepute can be referred to the commission by the party’s top six officials as well as its national executive committee (NEC). This is its highest decision making body in between its national conferences.

The integrity committee is made up of nine ANC veterans chaired by former Robben Island prisoner George Mashamba.

The ANC’s NEC flagged 22 people on the party’s 2019 parliamentary candidates’ list as potentially being improper. This included Mabuza and the Minerals and Energy Minister Gwede Mantashe. Both are also part of the ANC’s top six leaders. They are respectively the party’s deputy president and national chairman.

The integrity commission could potentially develop into a powerful organisational instrument in Ramaphosa’s drive against corruption, and to renew the ANC.

The Public Protector is one of the institutions established by the Constitution to support and protect South Africa’s constitutional democracy.

The Public Protector, Busisiwe Mkhwebane, has recommended that Ramaphosa take disciplinary action against Gordhan, a trusted ANC colleague who has served as public enterprises minister, the country’s finance minister on two occasions, as well as head of the South African Revenue Service.

Mkhwebane has accused Gordhan of behaving illegally by approving an early retirement agreement with the deputy head of the South African Revenue Service, Ivan Pillay. Gordhan disputes the accusation and is challenging the public protector’s report in court.

It would be indefensible for Ramaphosa to ignore Mkhwebane’s report and to appoint Gordhan. Only a court judgment could set aside the public protector’s report.

The office of the Public Protector has the potential to be another indispensable instrument in Ramaphosa’s anti-corruption arsenal. He cannot, therefore, undermine it by ignoring a decision it has taken.

On the other hand, he will be loath to sacrifice Gordhan.

The seriousness of these considerations – and their dire impact on the executive – shows how respectful Ramaphosa is of these anti-corruption institutions.

The fact that he stood aside and allowed Mabuza, who was key to his election as president of the ANC in December 2017, to be put through the integrity commission’s processes even though this meant not pulling off a speedy appointment of the cabinet, is testimony to his determination to respect due process. Ramaphosa has also left Gordhan to deal with the Public Protector’s report.

After being cleared the integrity commission, Mabuza was due, belatedly, to be sworn in as an MP.

This has removed uncertainty about his future as Deputy President. But it’s given him ammunition for the future because he can point to the fact that he’s been exonerated of any wrongdoing by his own party.

Ramaphosa is inching closer to being able to make his vital cabinet appointments. He will want to do so as soon as possible. Constitutionally, the country’s executive power is vested in the President – but he exercises most of his power in concert with Cabinet members.

That’s not to say that this lacuna has left government departments entirely in limbo. They are still managed by directors-general, and the laws they have to implement are not affected by this situation.