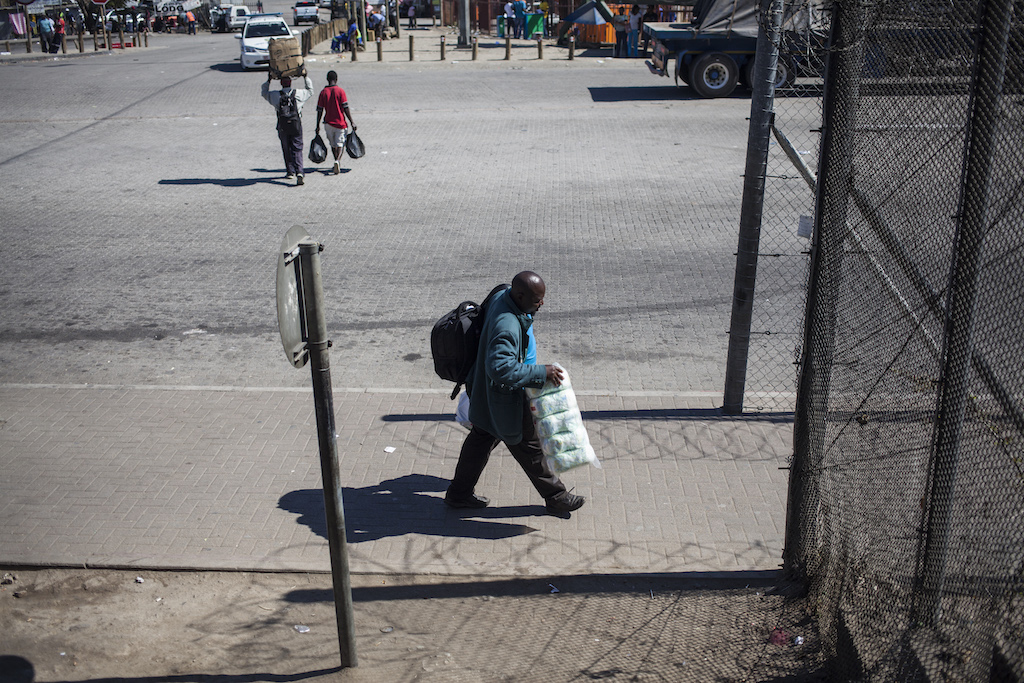 File: Border securitisation involves stringent immigration requirements as well as the reinforcement of the physical border, by for example, erecting walls or fences.

South Africa has just passed a new law in response to growing concerns in the country about its porous borders. The socioeconomic and security dangers posed by having large numbers of undocumented migrants have become key political issues in the country in recent times.

It’s difficult to ascertain how many undocumented migrants there are in the country, leading to exaggerated estimates. According to Statistics South Africa figures from 2011, legal migrants were about 4.2% of the total population, or about 2.1 million people. Over 75% came from the African continent, with the majority (68%) from within the Southern African Development Community (SADC) region. Over 45% of those from the SADC region were Zimbabweans.

Migration and immigration are not efficiently managed at the moment, being undertaken by several entities. These include the Department of Home Affairs, South African Revenue Service, the Defence Force and the State Security Agency.

The functions and roles of these and other organs of state have been reconfigured. They will now basically fall on committees providing advice to the new agency on, inter alia, politics, security, defence and economy.

It is envisioned that the new agency and stronger policing will secure the porous borders, stop undocumented migration and enhance legitimate trade. But a closer reading of the new Act, particularly Chapter 6, shows that there is a strong move towards the militarisation of the country’s borders. This approach, which is similar to what European countries have implemented, is bound to fail in curbing undocumented migration. Undocumented migration is the crossing of borders without meeting immigration requirements.

Border militarisation involves the deployment of, among others, military technologies, equipment and personnel to protect borders.

Border securitisation involves stringent immigration requirements as well as the reinforcement of the physical border, by for example, erecting walls or fences.

In the case of South Africa, this will, among other things, entail the deployment of border guards who have powers to arrest and detain anybody deemed to have transgressed the new law. The border guards will have extensive powers. They will, for example, be empowered to search any person, premise, goods and vehicles as well as question any person about any matter related to the passage of people, goods or vehicles through a port of entry or across the borders.

This has parallels with other parts of the world. Examples include the European Union (EU) borders between Morocco and Spain at Ceuta and Melilla, where the objective is to keep migrants and refugees out, particularly those from Africa.

This involves the use of security technologies so sophisticated that they can sense the heartbeat of a border jumper.

Nation states are entitled to secure their borders. Indeed, they are constitutionally bound to uphold their territorial sovereignty. But the militarisation of borders and securitisation of migration have always failed to stop irregular migration.

This can be seen in the case of the EU where they have failed to stop migrants from crossing into Europe.

Instead, the migrants have been led to find alternative ways to cross the border. I expect the same thing to happen in the case of South Africa.

No single country can effectively address the problem of irregular migration on its own in the southern African setting. Beefing up security at borders through military and security strategies is not the answer. An effective response lies in a regional approach to the management of migration and its root causes.

Such an approach should recognise that migration is a multidimensional phenomenon in terms of its causes, patterns, settings and consequences.

The 16 member states of the Southern African Development Community should jointly deal with the issue of undocumented migration through a regional migration mechanism which promotes free human mobility.

The Declaration and Treaty of the SADC of 1992 and the subsequent SADC Protocol on the Facilitation of Movement of Persons provide a good starting point for the region to formulate a regional migration management architecture that enables unlimited migration between member states.

The declaration and treaty commit the SADC to promoting regional integration and free human mobility. The protocol on the movement of persons, which is not yet in full force, is a move in this direction.

Its main objective is to develop policies aimed at the progressive elimination of obstacles to the movement of people in the SADC region and within member states. It calls for the harmonisation of respective national laws in fulfilment of this objective.

I posit that undocumented migration occurs because of stringent immigration regimes which force people to resort to such illegal acts as smuggling people across borders. Differently stated, if there were free movement between countries in the region, the issue of undocumented and irregular migration would not arise.

This raises the related question of what nation states should do in the absence of a regional migration governance mechanism. In other words, should countries like South Africa stop improving the safety and management of their borders?

By all means countries should maintain their territorial integrity. But in an African setting, the historical context of borders and migration matters.

Africa’s borders were drawn arbitrarily by colonial powers, often separating people who had always lived together. These contiguous borders have always been ignored and breached. Thus, no amount of border militarisation and securitisation can stop such irregular migration.

The multifaceted nature of migration in the SADC region requires the regional body to also address the issues which uproot people from their countries. These include bad governance and human rights abuses.

For example, if the SADC had responded swiftly and appropriately to the crisis in Zimbabwe in the 2000s, when that country embarked on questionable political programmes with regional political and economic ramifications, Zimbabweans would not have been forced to migrate in such great numbers to South Africa for economic reasons.

The Zimbabwean crisis continues unabated two decades later, leading many people to continue to flee to South Africa, some of them swimming across the crocodile infested Limpopo River. This shows that nothing can stop irregular migration – short of addressing its root causes, over and above a regional migration management approach. Given that most migrants in South Africa are from the SADC countries, with over 45% coming from Zimbabwe, it makes sense to deal with the issue of migration within the SADC first, before addressing those from other parts of Africa.

Inocent Moyo, Senior Lecturer and Head of Department of Geography and Environmental Studies, University of Zululand