Why the US has the highest COVID-19 death toll 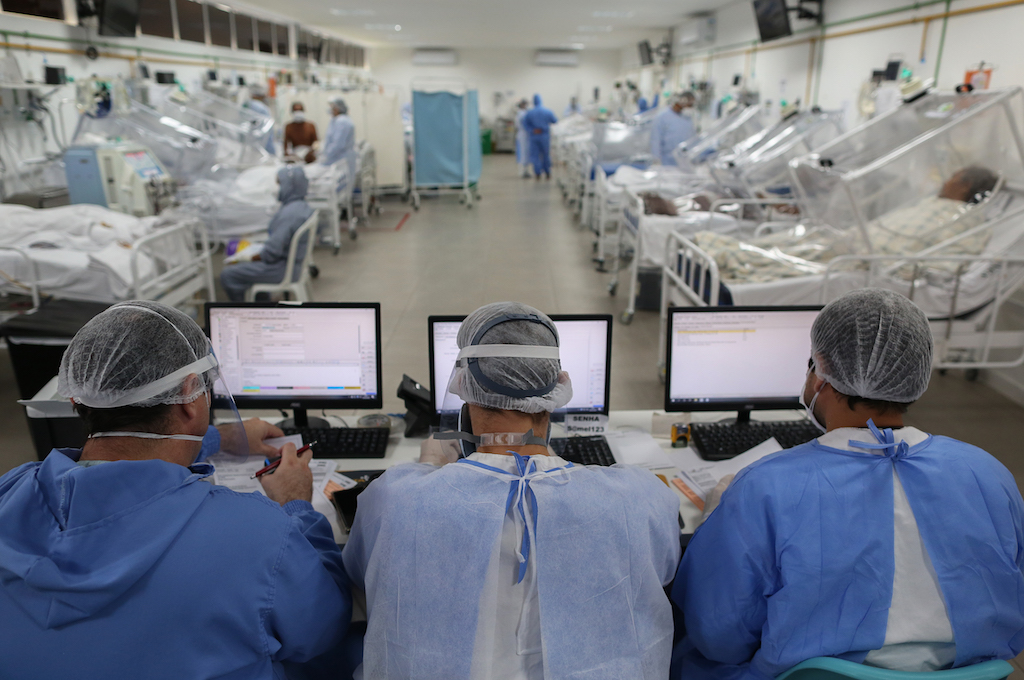 NEW YORK - The United States crossed the grim milestone of 500,000 deaths from COVID-19 on Monday, a year since announcing its first known death from the virus on February 29, 2020 in the Seattle area.

Why does the world's leading power have the highest death toll and what lessons are American health specialists learning from the past year?

Masci is one of the leaders of Elmhurst Hospital in Queens, which was at the heart of New York's epidemic.

Halpern is a specialist at the Montefiore hospital group in New Rochelle, a New York suburb where the epidemic arrived in force in February 2020.

- Why has the United States been hit so hard? -

Prior to this pandemic, the United States observed coronaviruses "from a distance," explained Masci.

"There was SARS in Canada but very little or none in this country. There was no MERS here at all," he said.

"There was a lot of preparation made for Ebola coming to the United States, and it never really did.

"Suddenly this (coronavirus) was a problem where the United States was the epicenter."

READ: After Trump, Biden and G7 refocus on COVID recovery

Masci said it was difficult to compare the United States with other countries.

"I think smaller countries that had structured health care services had a good chance of bringing things into play quickly.

"In a country like ours, with 50 independent states, and a huge landmass, with largely a private hospital system, it is always going to be difficult to get everybody on board with one particular set of strategies," he explained.

Masci added that Donald Trump's administration had a "haphazard approach", which did not help.

READ: US administers over 54m doses of COVID-19 vaccine

"The fact that hospitals were competing with each other to get personal protective equipment didn't make sense. They had to centralise all of that very quickly and they didn't.

"It was a struggle to try to deal with those obstacles that were put up," he said.

Masci and Halpern rue that mask-wearing was politicized.

"It's purely a health care issue," said Masci, adding that it is going to be difficult for the federal government to "reframe" that message.

Halpern insists that people should not see mask-wearing as "infringing" on their freedom.

"There are other things we do routinely that you could say infringe our liberties like wearing a seatbelt or running through a red light," she said.

According to the Johns Hopkins University tally, another 1,297 virus-related deaths were reported on Monday in the United States.

- What are the main lessons to be learned from the crisis? -

For Masci, the most important lesson was to learn how to reconfigure hospitals to make them able to cope with a sudden influx of patients.

More generally, Halpern says the pandemic has made everyone realize that "hospitals need resources."

The epidemic has also sharply exposed inequalities, not just in health care but also in housing, with Black and Latino communities dying in disproportionately high numbers.

"We have to look at housing, and how it can be better suited to handling future epidemics. There are others coming," said Masci.

- Will we still be wearing masks in December? -

Vaccines are rolling out but health experts are cautious due to uncertainties surrounding the British and South African variants of the virus.

Masci says that if the variant strains don't turn into a huge problem and once we've reached the point where 70-80 percent of the population is vaccinated then "there's a good chance" we won't wear masks anymore.

"(But) suppose these variant strains do take hold, become more of a problem, are vaccine resistant, and we're all closing schools and putting masks and locking down again in a few months, (then) it's a lot harder to say by December, 'We'll be out of the woods.'"

Halpern says it's reassuring that the second wave was largely controlled, in New York at least.

"So we have to be prepared that we're in this for a while," she said.

In the long term, Masci says countries must not "fall into the trap" of forgetting about the pandemic once it has passed.

"It is unnerving to think that this came without warning. It's caused so much restructuring of everything.

"We have to have a more meticulous global search for new pathogens because we're living in a time now where there is no, 'Something is happening in Asia and it's not going to happen in America.'"