Work as we knew it has changed. Time to think beyond the wage 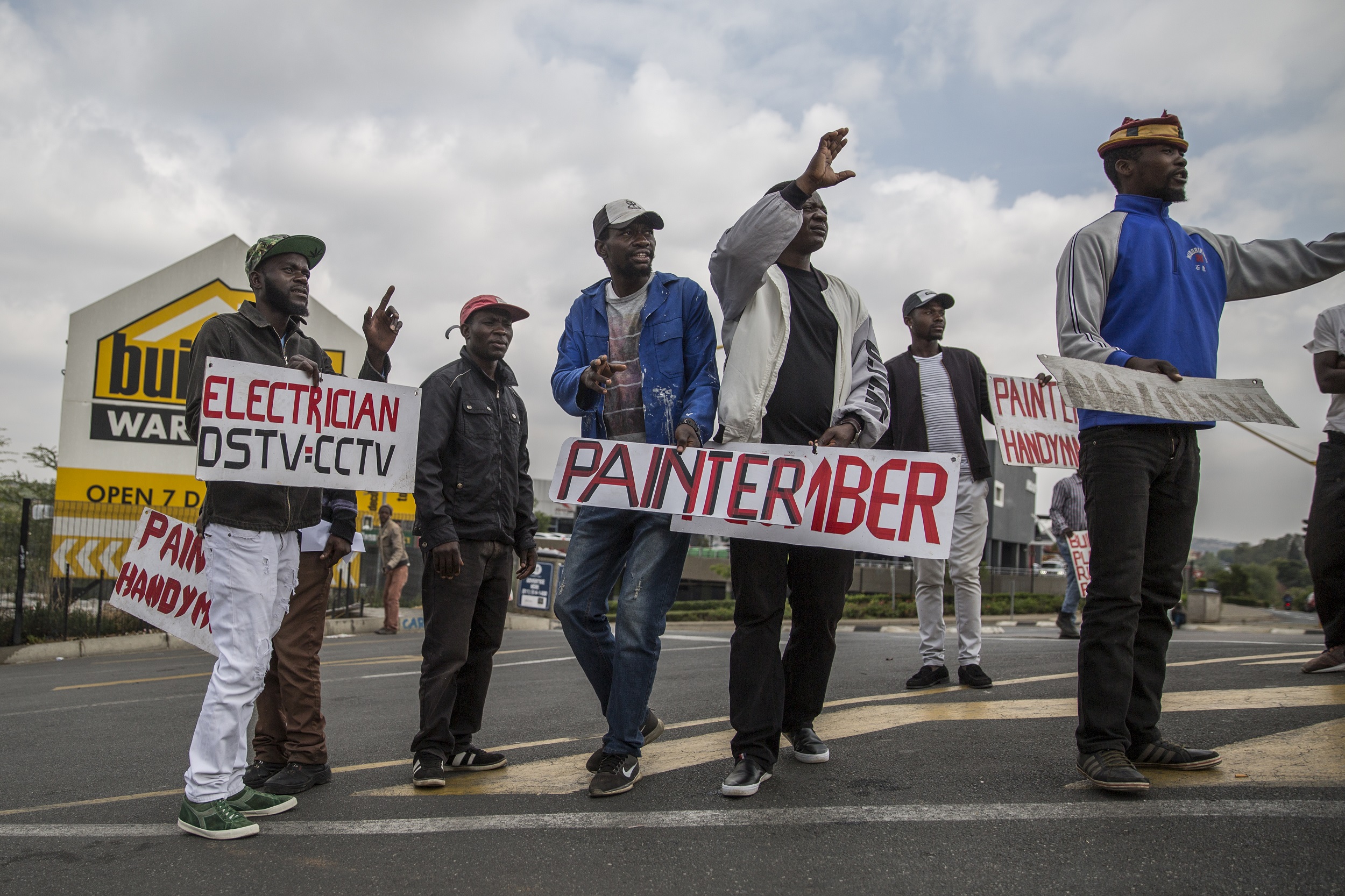 When people hear of ‘work’, it is usually waged or salaried employment. Governments and commentators rarely speak of the work of hustling, child-rearing or subsistence farming. Instead, work is generally referred to in the narrowly economic and legal sense as non-domestic, legally codified, paid employment.

Yet this model of work is the global exception. Wage employment was invented by European states in the 18th and 19th centuries to generate an industrial workforce. It later provided social protections such as sick pay, holidays and pensions to groups of predominantly able-bodied white male workers through what became known as the ‘standard employment relationship’. But this relationship was only ever available to a minority of people outside Western Europe and North America.

Recent developments in the organisation of production have led to the decline of wage employment across much of the world. Historical forms of precarious work, such as farming and market trading, have been accompanied by more recent waves of casualisation. This has left a growing proportion of the workforce insecure, poor and without social protection.

At the same time, digital technologies have facilitated the emergence of new forms of precarious (self) employment in the burgeoning ‘gig economy’.

Today, the International Labour Organisation estimates that less than a third of the global working-age population are ‘wage and salaried workers’. Yet, many of the concepts that governments and researchers use to describe work - ‘informal’, ‘domestic’ or ‘unpaid’ - continue to assume that wage employment is the norm.

Consequently, the ways in which people think about ‘work’ are increasingly out of step with the everyday realities of work for most people in the world.

The dominance of waged or salaried work in social policies and political visions of the future has damaging consequences. For example, it produces social policies which exclude unwaged workers, and education programmes which prioritise skills for jobs that do not exist. At the same time, it slows the development of more inclusive redistributive programmes, such as unconditional cash transfers, which better respond to the reality of wageless life.

Work beyond the wage

In a new edited volume, Beyond the Wage: Ordinary Work in Diverse Economies, we take up the urgent challenge of understanding ‘work’ from the perspective of the global majority for whom wage employment has never been the norm.

How do people make a living in wage-scarce economies? What demands do they make? And what forms of organisation and intervention are required to ensure their diverse needs are met?

Beyond the Wage uses case studies from around the world to answer these questions. Two of these are from South Africa and Namibia, countries with high inequality and endemic unemployment, but also experimenting with extensive social grants and universal basic income.

The appeal of being your own boss

The South African government continues to promote wage employment in its economic and education policies based on the assumption that informal self-employment is the last resort of the unemployed. Yet many young people are willing to take on the risks of informal entrepreneurship over a low-paying or dead-end job in the formal economy.

Hannah Dawson’s research with young men in Zandspruit, an informal settlement north of Johannesburg, highlights the appeal of ‘being your own boss’ on the urban margins. Her chapter in Beyond the Wage argues that what many informal entrepreneurs value most about working for themselves is the ability to fashion a life and a livelihood on their own terms.

For instance, Hloni, who repairs cars from his yard, did not start his informal mechanic business because of economic necessity. He did so to escape a job where he felt degraded and exploited. What he valued most about working for himself was his sense of autonomy and control over his time.

Self-employment was precarious but offered him what formal employment could not. This was the ability to weave together diverse forms of working and socialising. The social embeddedness of informal entrepreneurship – which provides alternative forms of identity and association – makes it preferable to the alienation of many low-end jobs.

Informal entrepreneurship might yield rewards for some. Yet the ideal of wage work still casts a long shadow, and shapes what people demand and expect even in places where it has long been scarce.

Liz Fouksman’s chapter shows that in rural Namibia, where stable formal employment is very rare, that’s what people still wanted more than direct cash transfers or social grants. Such ‘good’ jobs would be the best way to spend time, chase away boredom and earn money.

Even at Otjivero, the village which was the site of the 2008-9 basic income pilot in Namibia, the long-term unemployed strongly support basic income, but continue to see wage work as a more legitimate source of money, as well as the basis for social, psychological and physical well-being.

For instance, an elderly woman who cared for ten children and grandchildren insisted that the best thing the government could do would be to build a factory next to the village. A factory job would give her a way to 'get out and be active’, since there was ‘nothing to do’ in the village.

These findings suggest that even the very people who are failed by the current system of wage labour find it hard to imagine other forms of activity, including care work, as equally worthwhile. Equally difficult is imagining ways of collectively ‘doing something’ that aren’t linked to paid work.

This longing for the intangible benefits of a ‘proper’ job reflects a deep attachment to a 20th century vision of full, stable and well-paid employment – though for many this vision never reflected reality, and factory jobs are often poorly paid, dangerous and precarious. It’s time not only to create new ways of ensuring livelihood, but to also recognise care and other socially vital activities as equally valuable to wage work.

The standard employment of the mid-20th century is unlikely to return. In any case, this model of work was only available to a select population of able-bodied white men in Europe and North America. It’s time to imagine new futures of work from the perspective of the global majority for whom wage employment has never been the norm. These futures include more redistributive economies which provide people with the time and security to create alternative forms of identity, meaning and community outside wage work.