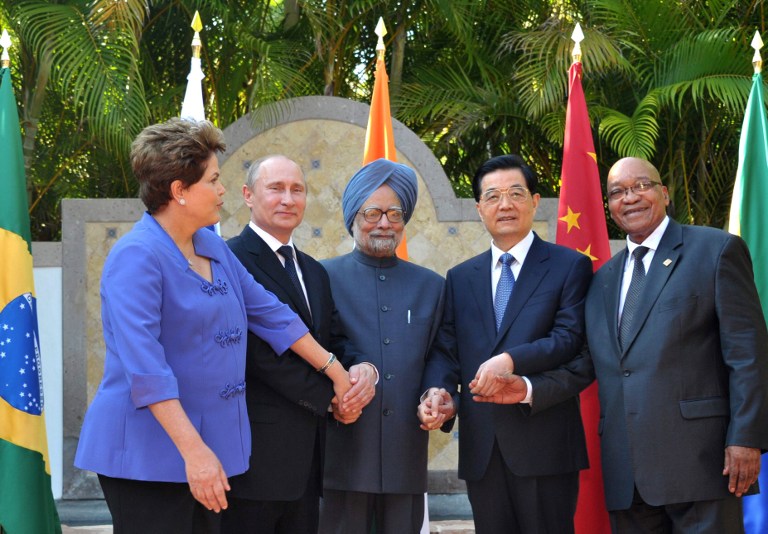 FORTALEZA, Brazil - A new development bank, established by the Brics economic bloc of nations, will be headquartered in Shanghai, China.

On Tuesday, leaders of Brazil, Russia, India, China and South Africa signed an agreement in Fortaleza, Brazil, paving the way for the bank&39;s creation.

The bank will be based in China, but an Africa regional centre will be established in South Africa.

It’s hoped the bank will help finance projects for Brics nations and other developing countries.

In a statement, the leaders of Brics said, "we are pleased to announce the signing of the agreement establishing the New Development Bank (NDB), with the purpose of mobilising resources for infrastructure and sustainable development projects..."

The bank will have an initial authorised capital of $100 billion (R10.7 trillion).

The initial subscribed capital of US$ 50 billion (R5.35 trillion) will be shared equally among the Brics nations.