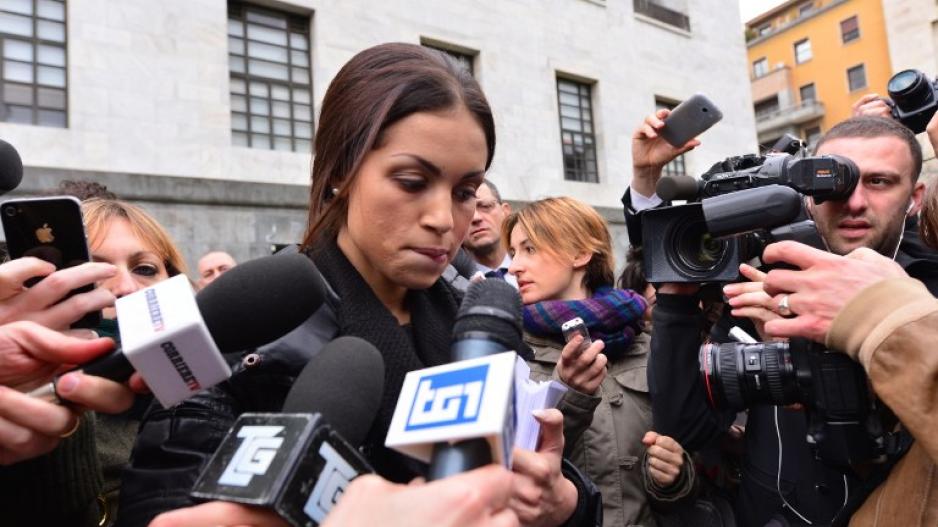 ROME - An appeal verdict in the case that sees former Italian premier Silvio Berlusconi accused of soliciting sex from a minor is expected on Jul 18, according to a court schedule announced Friday, the opening day of the trial in Milan.

In a first instance ruling last June, Berlusconi was jailed for seven years and banned from public office for life, but the sentence was not enforced pending appeals.

The case centres around the politician&39;s relationship with 21-year-old nightclub dancer Karima El Mahroug, also known as "Ruby the Heart Stealer," who was 17 when the alleged crimes took place.

In an interview with Il Giornale, a newspaper owned by the Berlusconi family, she insisted that the charges against Italy&39;s conservative leader - who has also professed his innocence - were groundless.

"The truth is that Berlusconi paid more respect to me than any other man I met in my previous life in clubs and discos. He was given seven years for nothing," El Mahrough said.

First instance judges did not believe her, and concluded that Berlusconi paid her to lie at the trial. They urged prosecutors to investigate her, the former premier, defence lawyers and other witnesses for perverting the course of justice.

In court, several showgirls recalled dining at Berlusconi&39;s villa and performing lap dance routines and sexual acts in a special "bunga bunga" room, and admitted to receiving monthly payments from him of at least 2,500 euros (3,400 dollars).

If confirmed guilty next month, Berlusconi could file a second appeal. However, if the conviction is later upheld by Italy&39;s top court, the Court of Cassation, the 77-year-old could end up in jail.

Last year, Berlusconi was handed a final guilty verdict in a separate tax fraud case, carrying a four-year jail term. As a result, he was evicted from parliament and banned from standing in elections for six years.

But he benefited from several amnesty provisions which allowed him to avoid prison and house arrest, and instead perform community service for only one year.

Those concessions would be revoked in the case of a fresh conviction in the Ruby case, exposing Berlusconi to the risk of having to serve his tax fraud jail term in full, plus the time he may be given for the "bunga bunga" affair.

Berlusconi did not show up in court on Friday, as he was attending the elderly centre he was assigned to for his community service.

A day earlier, he lashed out at magistrates, whom he has repeatedly accused of political bias against him.

Speaking as a witness in a trial in Naples against Valter Lavitola, a disreputable journalist that once had close ties to him, the former premier complained that the Italian judiciary was "uncontrolled, uncontrollable, irresponsible", with "full impunity."