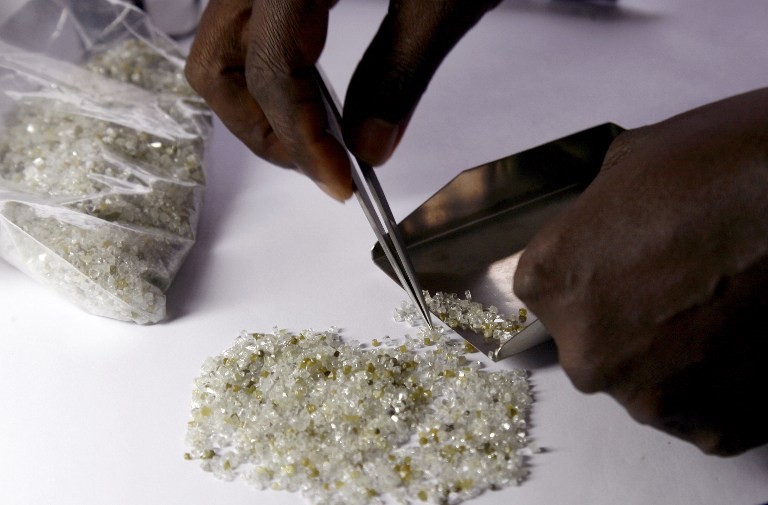 A man checks raw diamonds 10 August 2007 at Gold and Diamond department Sierra Leone Central Bank in Freetown. As it pieces together its shattered mining sector after a 10-year civil war fuelled by so-called "blood diamonds," Sierra Leone is turning atten

LUANDA - A group of Angolan generals are suing an activist for $1.2-million after he accused them of committing abuses in the country&39;s diamond fields, he told AFP on Wednesday.

In his book "Blood Diamonds: Corruption and Torture in Angola" Marques accused the generals of being behind torture and killings committed by soldiers and private guards hired to protect diamond concessions in the northeastern Lundas region.

The generals are suing him for libel based on allegations contained in the book published in Portugal in 2011.

Marques also singled out the Cuango Mining Society, a consortium that includes a company called Lumanhe, in which he says the generals have a stake.

The generals made a failed attempted to bring criminal defamation charges against the author in Portugal in 2012. They then launched a 300,000-euro civil case that is still pending against him in Lisbon.

Marques said the generals had decided to launch the latest joint civil and criminal suit in Angola "where they could tamper with the legal system."

He said he only learned the details of the suit on Tuesday. It was originally filed in February last year.

The only evidence they have provided to support their libel claim is a report by the oil-rich southern African country&39;s attorney general from 2012, said Marques.

The report was used to quash an attempt by Marques to bring criminal charges against the generals in 2011. Prosecutors decided not to press charges, saying only the individuals who carried out the torture and killings could be tried rather than their superiors.

The case against Marques is expected to go to trial in September.