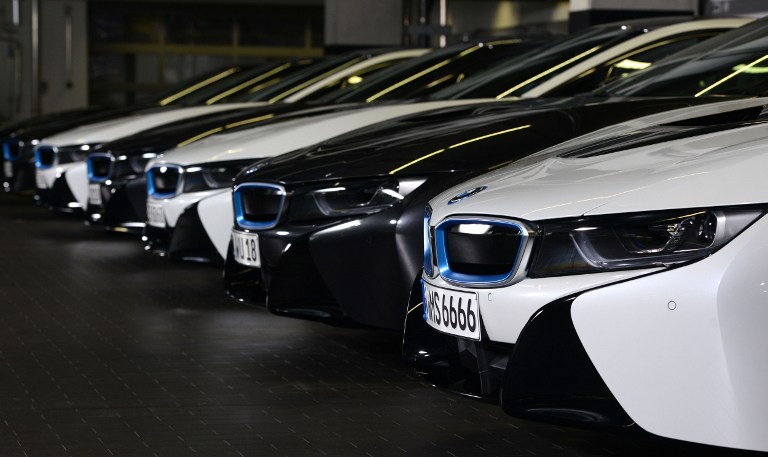 The BMW i8 is a plug-in hybrid that combines electric and internal combustion engine technology in itself. The supercar has been chosen as the safety car for the first-ever Formula E series.

MUNICH - BMW&39;s i8 hybrid supercar has been chosen as the safety car for the first-ever Formula E race which kicks off the series in Beijing on September 13.

The petrol-electric sports car is fitted with Qualcom Halo wireless induction technology which allows the BMW&39;s batteries to be charged without the use of cables.

The system uses resonant magnetic induction to transfer electricity between a ground-based pad and a charger fitted to the underside of the vehicle. To fast-charge the batteries the car simply parks over the pad.

Formula E series is the world&39;s first global, fully-electric racing series and is being held on city tracks around the world.

Competition begins in the Chinese capital on a course laid around the iconic Olympic Stadium that was used for the opening and closing venue of the 2008 Olympic Games.