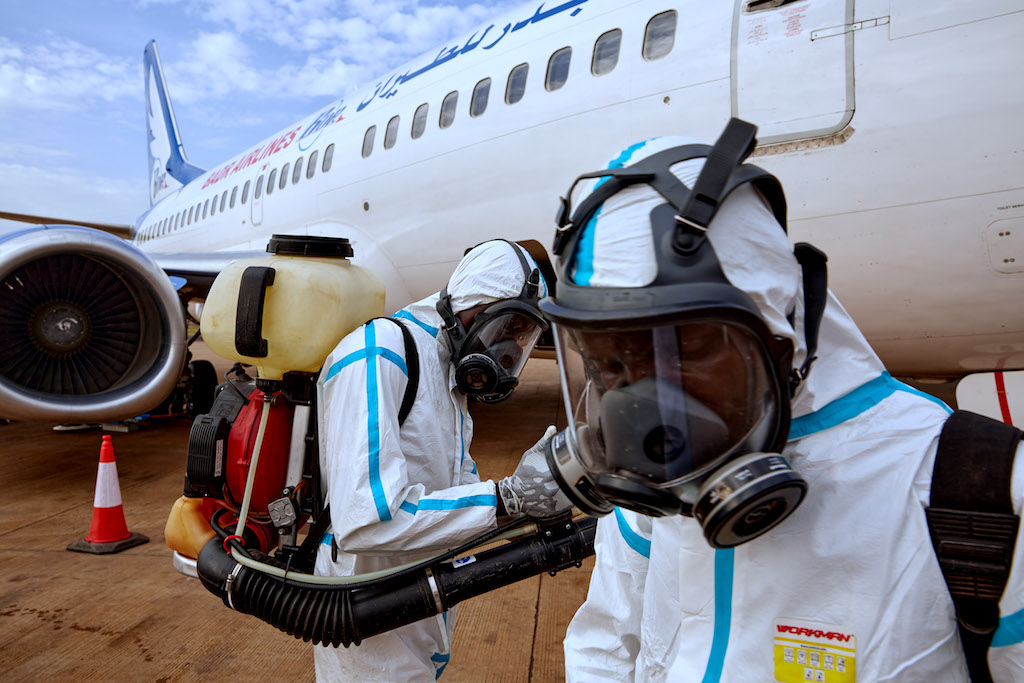 Airport staff members prepare to disinfect a plane after it landed at Juba International Airport in Juba, South Sudan.

JOHANNESBURG - Africa's travel and tourism industry has lost $55-billion (R935-billion) due to the closure of borders to limit the spread of coronavirus, the African Union said Thursday.

On a continent where safaris are a powerful tourist magnet, the sector has been badly hit by lockdowns that shuttered air, land and sea borders.

"The impact is really severe," African Union commissioner Amani Abou-Zeid said at a virtual briefing organised by the World Economic Forum and the World Health Organisation (WHO).

"We are talking here about $55-billion lost within three months in a year when we were supposed to see an increase in travel and air transport," she warned.

"There are airlines that may not survive COVID-19."

"In Africa tourism is not luxury," she said.

"This is our livelihood."

Despite a steady rise in coronavirus cases, countries across Africa are forging ahead with plans to resume air traffic.

A handful of states reopened their borders last week, including Zambia and Sierra Leone. Senegal has announced the resumption of international air travel from July 15.

"As we are going to open... we are also now pushing for intra-African tourism," Abou-Zeid said, calling for lower taxes, reduced ticket fees and visa facilitation to encourage "Africans to see Africa".

She hoped the reopening of the skies would "cushion some of the serious impacts on ...air transport and tourism".

South Africa is the hardest-hit country in sub-Saharan Africa, accounting for around a third of total cumulative numbers in the region.

Aircrafts flew 60 million less passengers on international routes over the past three months, and 30 million less for domestic travel.

Zo'o Minto'o estimated that airlines would require at least $20 billion (18 billion euros) in stimulus aid for them to take back to the skies.