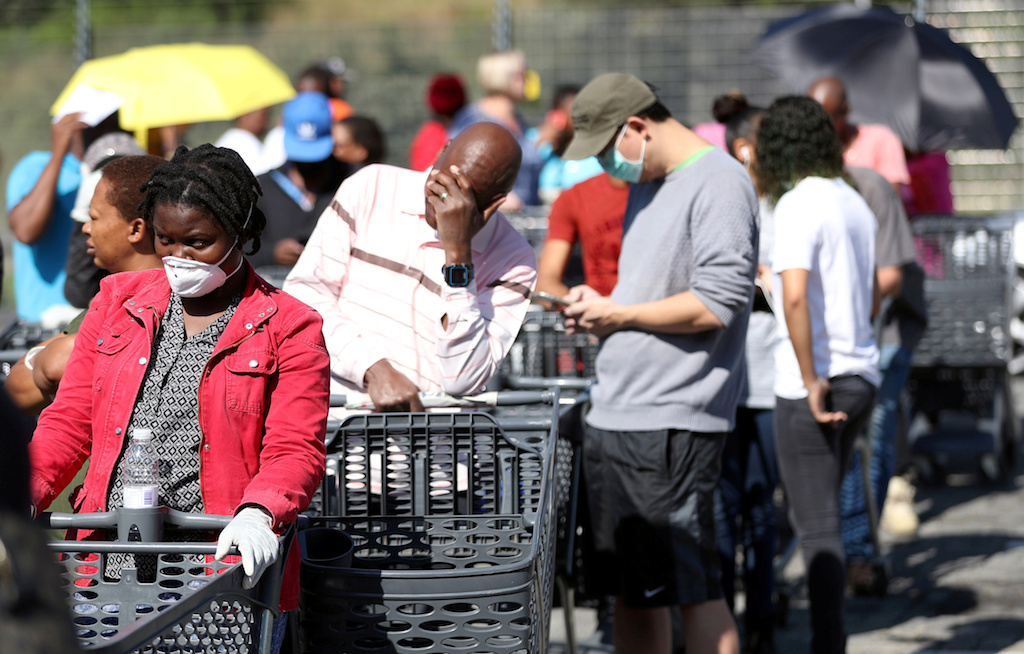 File: South Africa will enter level four lockdown from Friday which could provide some economic relief.

JOHANNESBURG - Africa is crying out for debt relief to weather a perfect storm of coronavirus, plummeting oil and commodity prices, mounting budget deficits and weaker currencies.

But delivering the relief that would allow governments to pump resources into creaking healthcare systems and shield economies against the fallout from the pandemic is a tall order.

China's government, banks and companies lent some $143 billion to Africa between 2000 and 2017, according to Johns Hopkins University, and African governments have raised over $55 billion on international debt markets in the past two years, the culmination of a decade-long spree of Eurobond issues.

Throw in debt held by other banks, commodity traders and even so-called vulture funds, and Africa's creditor landscape has become far more complex.

That means debt relief frameworks of the past may fail to ease the pressure on government finances unless private lenders are flexible, bondholders consider waiving repayments or interest and China works closely with Western institutions that have often criticised its lending practices, experts say.

"The complicated structure makes it harder, undoubtedly. But let's do what we can," Masood Ahmed, president of the Center for Global Development in Washington, told Reuters.

A former IMF and World Bank official, Ahmed oversaw the development of the HIPC initiative and thinks those institutions need to secure a debt moratorium under the direction of the Group of 20 (G20) major economies.

Wealthy countries in lockdown to curb a pandemic https://tmsnrt.rs/3aIRuz7 that has killed more than 24,000 people worldwide are pumping trillions of dollars into their economies to combat the fallout.

The G20 also said after an emergency meeting on Thursday it would address risks of debt vulnerabilities in low-income countries but failed to approve an IMF and World Bank proposal to freeze their bilateral debt payments.

"No real, hardcore decision was taken on this," South African President Cyril Ramaphosa said after the meeting, although Canada, France, Germany and Russia backed the measure.

That leaves some African governments now facing a potentially unsavoury choice between satisfying creditors or spending money on hospitals and bailing out their economies.

In just two years from 2015 to 2017, African external debt payments doubled from an average of 5.9% of government revenue to 11.8%. At 32%, the proportion of debt owed to private lenders is almost on a par with multilateral institutions at 35%.

READ: Moody’s could hold decision on SA downgrade, for now

What's more, 55% of external interest payments are to private creditors, whereas China accounts for 17%, according to the Jubilee Debt Campaign

The IMF is making $50 billion available from its emergency financing facilities and some 80 countries have already asked for help, including around 20 from Africa. The World Bank has also approved a $14 billion COVID-19 response package.

But African governments say that won't be enough. Ethiopia said in a proposal submitted ahead of the G20 meeting that Africa needs $150 billion in stimulus measures.

"COVID-19 is the most significant threat to our way of life and global security in modern times," government spokeswoman Billene Seyoum said. "If it is not met with collective response, the global health crisis will be a global financial crisis."

'NOW IS THE TIME'

Even before the coronavirus outbreak set the stage for a global recession, African governments were feeling the strain. Over the last decade, Africa's public debt has increased by half to about 60% of the continent's gross domestic product.

Seven African countries were in debt distress as of October, according to the IMF, with nine more at high risk. For some, the strain could become too much.

"Zambia does stand out as the country that was already underperforming," Simon Quijano-Evans, chief economist at Gemcorp Capital. "The most constructive way for Zambia would be to go down the path of an IMF programme, very clearly, and now is the time to do it."

As lockdowns shut factories around the world, demand for metals is plunging, hitting countries such as Democratic Republic of Congo and Zambia, Africa's biggest copper producers.

Africa's biggest oil producer, Nigeria, has slashed nearly $5 billion from its budget and devalued its currency. It factored in an oil price of $57 a barrel for 2020 but is selling crude for as little as $20. Other oil producers such as Angola, Gabon, Congo Republic and Chad are also hurting.

Yvette Babb at investment firm William Blair International said the recent performance of many African Eurobonds reflected investors' concern about the ability, and willingness, of governments to service their debt while the risk of sovereign credit events was rising in the short term.

"We do believe that this over time will be mitigated by strong support from international finance institutions, as well as easing global liquidity conditions," Babb said.

While rich countries can borrow at close to zero interest rates to finance their massive stimulus packages, that's not on the menu for African nations where bond yields have spiked.

"If you are South Africa, or one of the other sub-Saharan African countries, and have seen your borrowing costs soar in recent days, you don't have that option," said Charlie Robertson, global chief economist at Renaissance Capital.

Tim Jones at the Jubilee Debt Campaign, which is pushing for the debts of the poorest countries to be cancelled, said the multifaceted nature of Africa's creditors meant handing out more loans to see countries through the crisis won't be enough.

"If their proposal is just to lend a lot of money without a moratorium on debt payments, it's not going to stay in country. It's going to be used to pay back various creditors," he said.

Angola, for example, spent nearly 43% of it total revenue servicing debt in 2019, according to data compiled by Jubilee. Ghana spent 39% and Gambia 38%.

Ethiopia wants interest payments on government loans written off with some debts owed by low-income countries cancelled and the remainder converted into low-interest loans.

African finance ministers went further last week, calling for a waiver of interest and coupon payments on commercial debt and sovereign bonds - a move they said would save Africa $44 billion this year.

But suspending those debt obligations won't be easy, because getting all the disparate creditors to independently agree to debt relief is unlikely, analysts say.

"The challenge that we're seeing globally is really one of the most profound that the global economy has faced in several generations. This requires a lot of out-of-the-box thinking," said Abebe Aemro Selassie, head of the IMF's Africa Department.

"Now is really not the time for half measures."