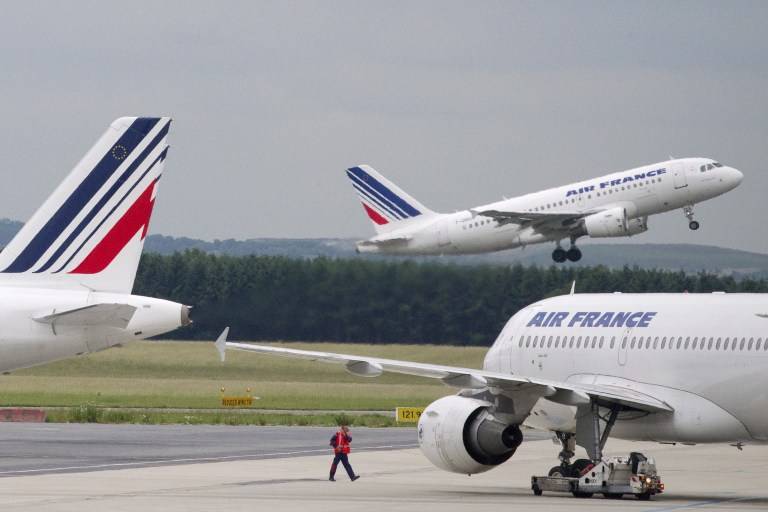 File: Air France said it wanted to begin a "transformation that rests mainly on changing the model of its domestic activity".

PARIS - Air France management said it planned to eliminate 7,580 jobs at the airline and its regional unit Hop! by the end of 2022 because of the coronavirus crisis.

The carrier wants to get rid of 6,560 positions of the 41,000 at Air France, and 1,020 positions of the 2,420 at Hop!, according to a statement issued after meetings between managers and staff representatives.

"For three months, Air France's activity and turnover have plummeted 95 percent, and at the height of the crisis, the company lost 15 million euros a day," said the group, which anticipated a "very slow" recovery.

The aviation industry has been hammered by the travel restrictions imposed to contain the virus outbreak, with firms worldwide still uncertain when they will be able to get grounded planes back into the air.

Air France said it wanted to begin a "transformation that rests mainly on changing the model of its domestic activity, reorganising its support functions and pursuing the reduction of its external and internal costs".

The planned job cuts amount to 16 percent of Air France's staff and 40 percent of those at Hop!

With the focus on short-haul flights, management is counting mainly on the non-replacement of retiring workers or voluntary departures and increasing geographic mobility.

However, unions warn that Air France may resort to layoffs for the first time, if not enough staff agree to leave or move to other locations.

The group joins a long list of airlines that have announced job cuts in recent weeks.