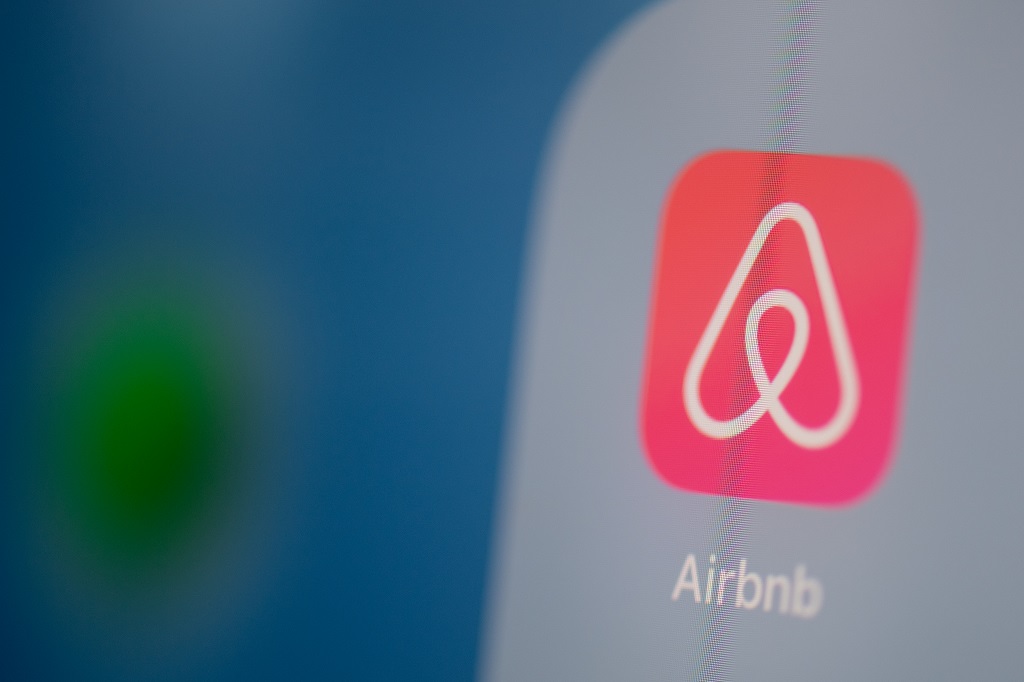 This illustration picture taken on July 24, 2019 in Paris shows the logo of the US online booking homes application Airbnb on the screen of a tablet.

WASHINGTON - Airbnb said Wednesday it would verify all seven million of its listings worldwide after a deadly shooting at one of its California homes fueled fresh safety concerns about the lodging platform.

Chief executive and co-founder Brian Chesky said the home-sharing service decided on new steps as part of an effort to instill more trust in Airbnb.

"By December 15, 2020, every home and every host on Airbnb will be reviewed with the objective of 100 percent verification," he said in an email to employees.

"We believe that trust on the internet begins with verifying the accuracy of the information on Internet platforms, and we believe that this is an important step for our industry."

He said that addresses, photos and other details on Airbnb listings will be verified for accuracy and that "those that meet our high expectations will be clearly labeled."

The move is aimed at weeding out what Chesky called "bad actors," and referenced the case of a so-called "party house" in Orinda, California.

Five people were killed and others wounded in a Thursday night shooting at the residence, which had been rented on the platform.

More than 100 people were present at the event, which was announced on social media.

"We are not infallible," Chesky said in a Twitter message.

"We are a platform built on a foundation of trust. We need to continue innovating on trust to make it harder for the bad actors. The trust of our community is our top priority."

He said the platform would set up a staffed 24/7 "neighbor hotline" where anyone could call for safety concerns, and had asked for consulting from two former police chiefs -- Charles Ramsey, who headed departments in Philadelphia and Washington DC, and Ronald Davis, who was head of the police in East Palo Alto.

He said that starting next month, Airbnb would rebook customers or issue refunds "if upon checking into a listing it does not meet our accuracy standards."

He added: "Most hosts do a great job, but guests need to feel like Airbnb has their back, and we believe this commitment is a necessary step in giving guests peace of mind."

The move comes a week after Vice News reported what it called a scam using a loophole in the Airbnb system to trick customers into changing their reservation to a non-existent listing.

Airbnb, one of the largest of the "sharing economy" platforms with operations in some 190 countries, has said it would go public in 2020 with a valuation estimated as high as $35 billion.

The service has had a major impact on the travel sector and prompted regulatory moves in a number of jurisdictions over taxes and other regulatory issues.

The company has suffered a major defeat in Jersey City which voted overwhelmingly to clamp down on the home sharing company's activities in the New York City suburb.

Around 70 percent of voters in the city of 270,000 -- which is separated from Manhattan by the Hudson River -- favored severe restrictions on locations that offer short-term stays, according to results released Wednesday.

The rules, approved earlier this year by the Jersey City council, established permitting requirements for short-term rentals and mandates that a proprietor must be present if someone rents for longer stays.

Airbnb had sought the referendum as a challenge to the rules, spending millions of dollars on advertising.