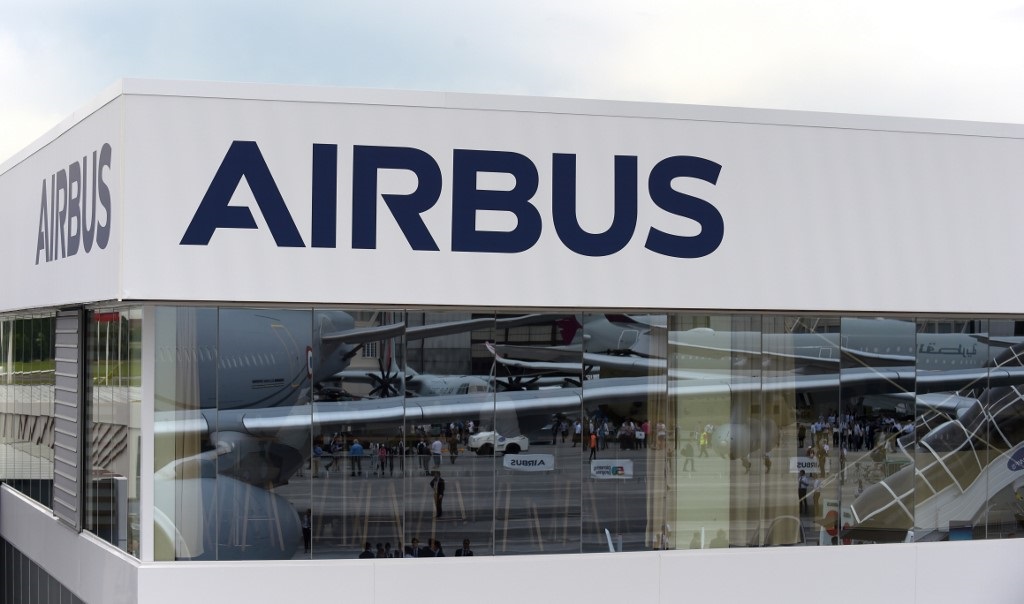 View of the Airbus pavillon at the International Paris Air Show on June 18, 2019 at Le Bourget Airport, near Paris.

PARIS - European aircraft maker Airbus will ask airlines operating 25 of its oldest A380 super-jumbo jets to inspect their wings after cracks were found in some models, the EU's Aviation Safety Agency said.

The EASA said in an airworthiness directive dated July 5 that "occurrences have been reported of finding cracks" in certain parts of the wing on in-service A380 aeroplanes.

"This condition, if not detected and corrected, could reduce the structural integrity of the wing," the EASA said.

The directive does not yet ground any aircraft for the moment.

The French daily Les Echos reported that the EASA, which is based in Germany, advised ultrasonic testing on 25 of the 234 A380 aircraft in operation, notably those built more than 15 years ago.

"This airworthiness directive is considered an interim action, limited to the 25 oldest wing sets," the EASA said.

It is not the first time that the A380, the world's biggest passenger aircraft, has experienced such problems.

A wing-crack debacle in 2012 cost Airbus millions of euros in repair and service costs.

In an emailed statement, Airbus said that "airworthiness directives are standard in aviation and demonstrate the regulatory process working well. Aviation is one of the most regulated of any sectors. Safety is the top priority in aviation."

READ: Airbus to scrap production of A380 superjumbo

Airbus announced in February that it would stop building the A380, a double-decker jet which earned plaudits from passengers but failed to win over enough airlines to justify its massive costs.

US planemaker Boeing is still reeling from the grounding of its 737 MAX whose automatic flight handling software was seen as a factor in two crashes involving Ethiopian Airlines and Indonesia's Lion Air.