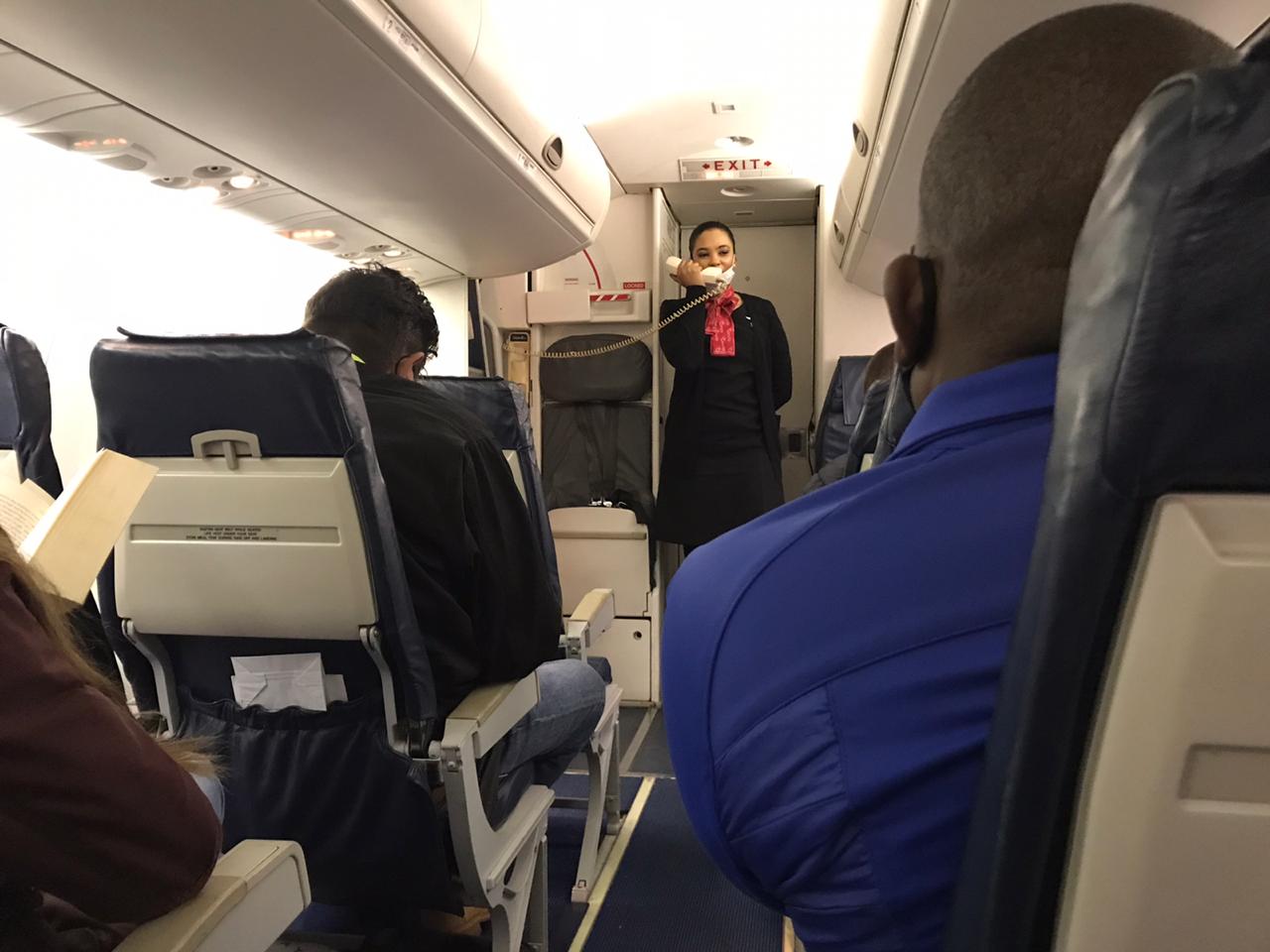 File: An air hostess addressing passengers on board a plane. eNCA/Heidi Giokos

NEW YORK - The United States' decision to lift restrictions on incoming travellers vaccinated against Covid-19 was met with a sigh of relief by the global airline sector, which has been dealt a body blow by the pandemic.

With transatlantic flights traditionally among the most lucrative for Europe's biggest airlines, the announcement was "formidable news" for a sector that has haemorrhaged tens of billions of euros over the past 18 months, Air France-KLM chief Benjamin Smith told AFP.

For most of Europe's flag carriers -- such as Air France, British Airways and Lufthansa -- the restrictions on long-haul routes across the Atlantic were particularly hard to swallow.

READ: US airlines warn of drag from latest COVID-19 wave

Air France-KLM, for example, generates 40 percent of its sales from its North Atlantic services, and for Germany's Lufthansa, the proportion is 50 percent.

"Our customers should now feel that the world is reopening to them and they can book their trips with confidence," said British Airways chief Sean Doyle.

US airlines such as United, Delta and American are much more domestically orientated and less dependent on international services, which account for 25-30 percent of revenues. But they, too, welcomed the news.

Sister organisation Airlines for Europe tweeted that it similarly "applauds the decision", which would "give a much-needed boost to trans-Atlantic traffic & #tourism and will reunite families and friends".

The International Air Transport Association, or IATA, which has 290 member airlines accounting for 82 percent of global air travel, described it as "a major step forward".

"This is excellent news for families and loved ones... It's good for the millions of livelihoods in the US that depend on global tourism. And it will boost the economic recovery by enabling some key business travel markets," IATA director general Willie Walsh said.

IATA has been calling for months now for travel restrictions to be "guided by the science" and take into account travellers' vaccination status.