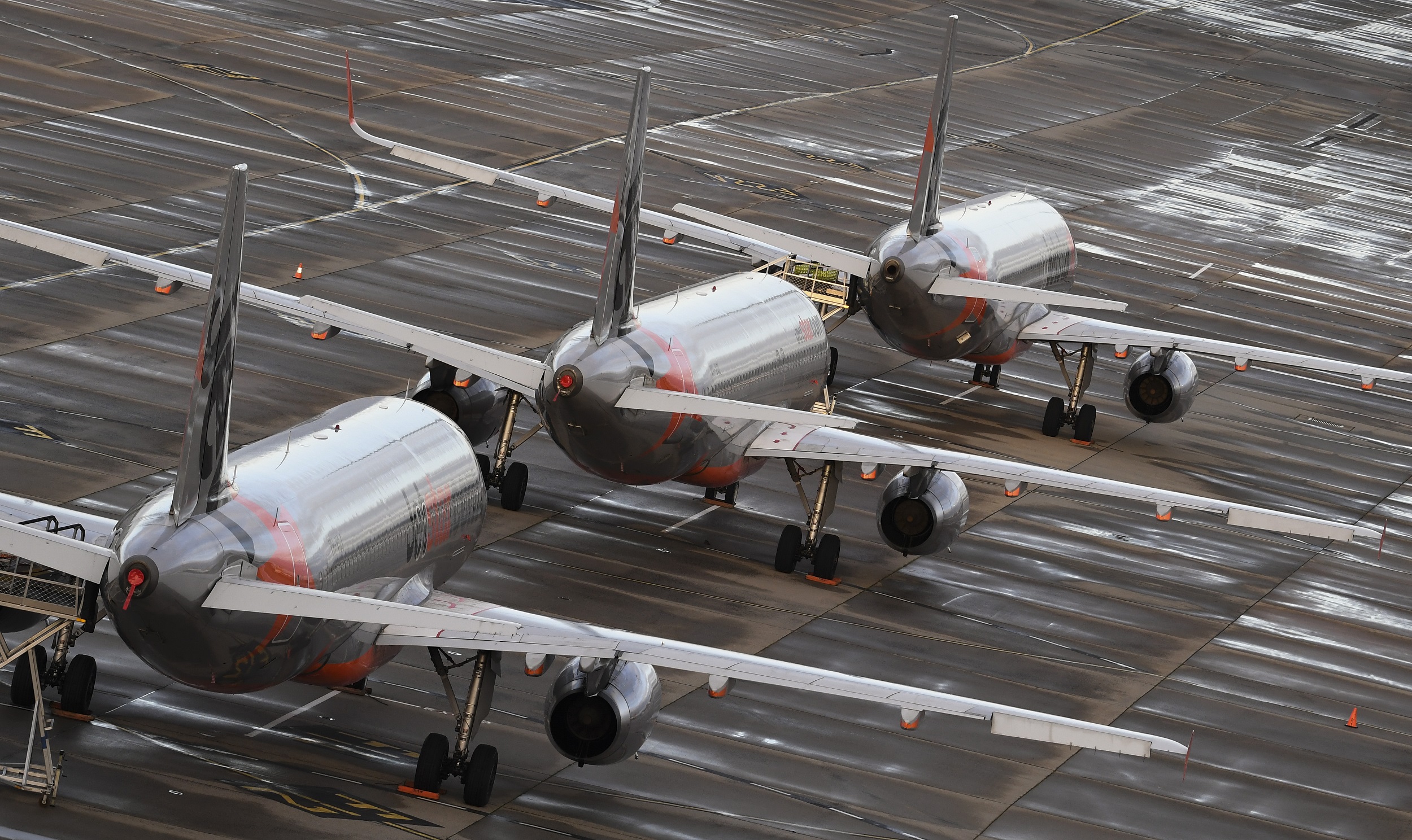 File: Ahead of a return to normal service, many carriers are weighed down by debt as they seek to take wing when mass demand finally takes off again.

PARIS - Airlines have been mauled by COVID-19 and the industry has cried out for help from governments to survive a crisis that could cripple a key sector of the economy.

As countries closed their borders and resorts shut down for an indefinite period, airlines grounded their planes and furloughed thousands of workers.

In early April, global traffic was 80 percent below the same period a year earlier, quashing recent forecasts that the number of airline passengers would double within 20 years with annual growth of three to four percent.

The International Air Transport Association estimated Tuesday that passenger revenues would plunge by 55 percent, or $314-billion, in 2020 due to the coronavirus pandemic.

In late March, the IATA, which represents 290 carriers, forecast that half of the world's airlines would run out of cash within two to three months.

It urged governments to support airlines either by nationalising them or injecting fresh capital, waiving or delaying charges including taxes, or providing loan guarantees.

In the United States, Treasury Secretary Steven Mnuchin and 10 airlines have now reached an agreement on financial aid to keep paying workers and avoid bankruptcies.

Other countries have also agreed to help airlines but "we encourage all of them to move quickly," emphasised IATA director general Alexandre de Juniac, adding: "We need the money" to show up on airline's balance sheet.

He estimated that 25 million jobs were at stake worldwide.

National airlines "that are a tool of sovereignty and prestige will probably obtain support from their countries," noted Bertrand Mouly-Aigrot, an aviation specialist at Archery Strategy Consulting.

The consulting group's best-case scenario foresees three or four years before airline traffic climbs back to pre-crisis levels, and around a decade before the previous growth rate is reached, owing to a widely-expected global recession.