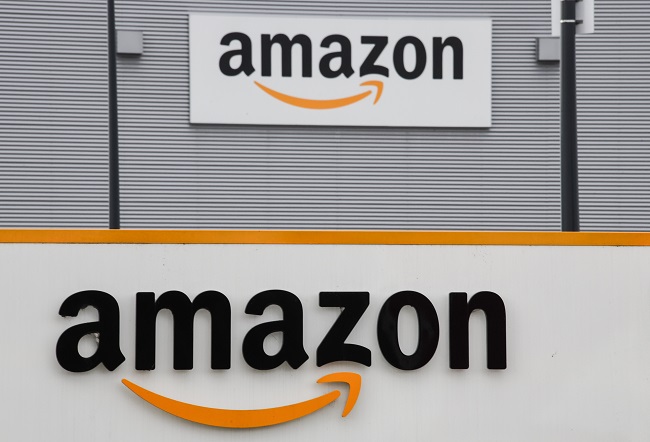 A picture shows the Amazon logo at the entrance area of the Amazon logistics centre in Lauwin-Planque, northern France, on March 4, 2019.

SAN FRANCISCO - Amazon is eating into Google's giant slice of online search advertising in the US as businesses target the online retail platform's shoppers, according to an eMarketer forecast released on Tuesday.

Google will continue to dominate the market for serving up ads along with search results, but Amazon and "smaller players" including Walmart, Target, eBay and Pinterest are seeing their shares grow, the market tracker said.

Ads displayed along with query results at shopping sites are seen as having good odds of catching the eyes of consumers while they are intent on buying something.

"Amazon's ad business has attracted massive increases in spending because advertisers can reach consumers during product queries, a time when they're ready to buy," eMarketer principal analyst Nicole Perrin said.

"Amazon has also rolled out better measurement and targeting tools, making it even more attractive for advertisers."

The US search ad market overall will have grown nearly 18 percent this year to reach $55.17-billion, with Google taking in $40.33-billion, or slightly more than 73 percent, eMarketer forecast.

While Google will remain dominant in the market, its share will drop to 70.5 percent by 2021, according to the forecast.

Meanwhile the Seattle-based e-commerce colossus will see its share of the search ad market grow from 12.9 percent this year to 15.9 percent by 2021.

"Polling suggests that most product searches now begin on Amazon, causing the No. 2 search player to grow rapidly and steal share from its larger rival," the forecast said.

Last year, the company took the second-place spot in the US search ad market from Microsoft, which was forecast to have a 6.5 percent share this year, eMarketer said.