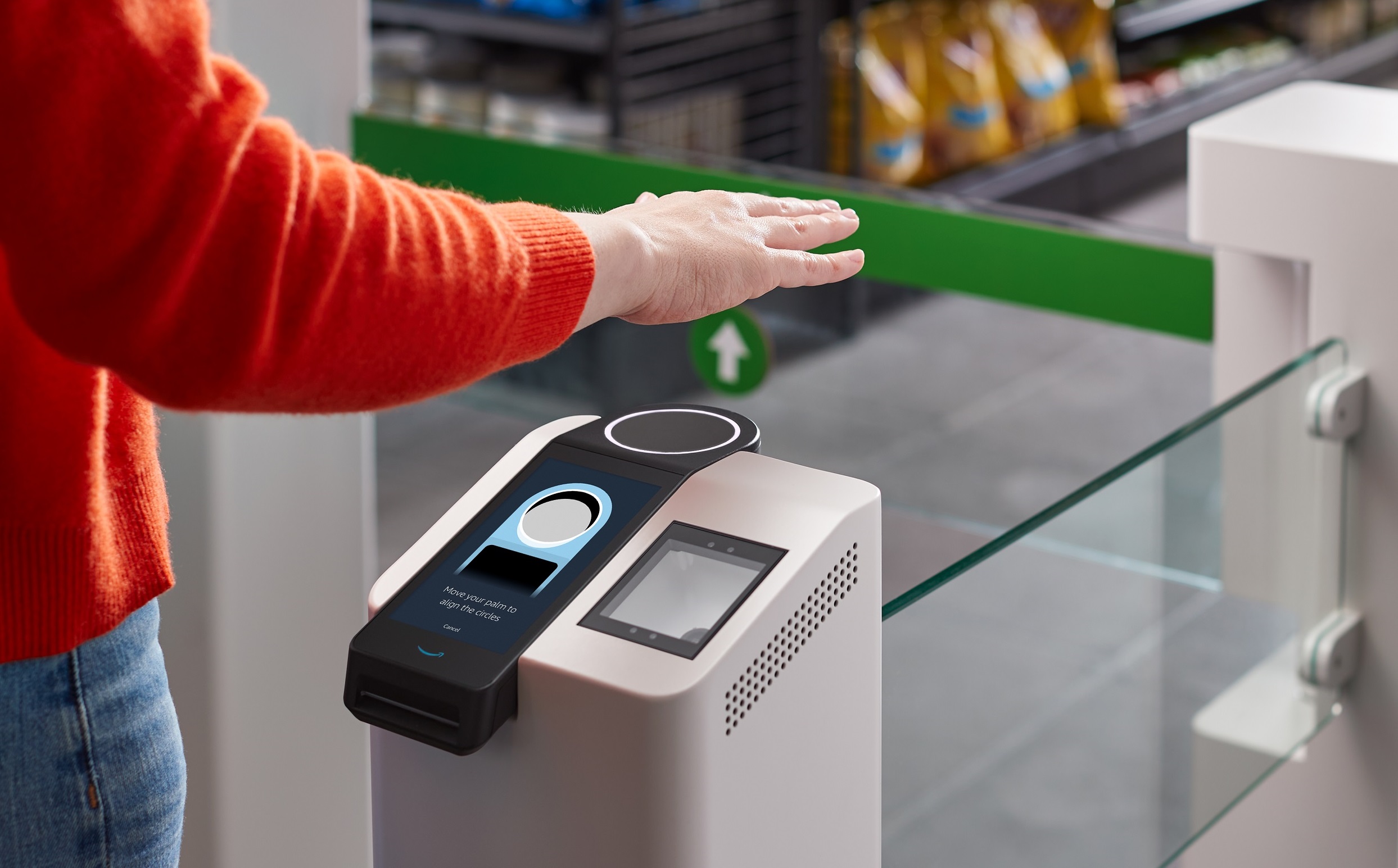 A person waving their hand above the new Amazon palm recognition payment system called "Amazon One" in Seattle, Washington.

WASHINGTON - Amazon unveiled a new biometric payment system using palm recognition to be made available to rival retailers and also promoted as a replacement for badge entry at stadiums or workplaces.

The system called Amazon One was touted as "a fast, convenient, contactless way for people to use their palm to make everyday activities like paying at a store, presenting a loyalty card, entering a location like a stadium, or badging into work more effortless."

The US technology giant said it would be installing the system at its Amazon Go retail locations, starting with two stores in its hometown of Seattle, Washington.

READ: Amazon gets US approval to fly delivery drones

Amazon vice president Dilip Kumar said the system was developed as "a quick, reliable, and secure way for people to identify themselves or authorize a transaction while moving seamlessly through their day."

Amazon One uses each individual's "unique palm signature," an alternative to other biometric identifiers such as fingerprint, iris or facial recognition.

"No two palms are alike, so we analyze all these aspects with our vision technology and select the most distinct identifiers on your palm to create your palm signature," Kumar said in a blog post.

In Amazon Go stores, the palm-waving system will be added to the store's entry gate as an option for shoppers.

"In most retail environments, Amazon One could become an alternate payment or loyalty card option with a device at the checkout counter next to a traditional point of sale system," Kumar added.

The company said it was "in active discussions with several potential customers," which could include other retailers, but offered no details.