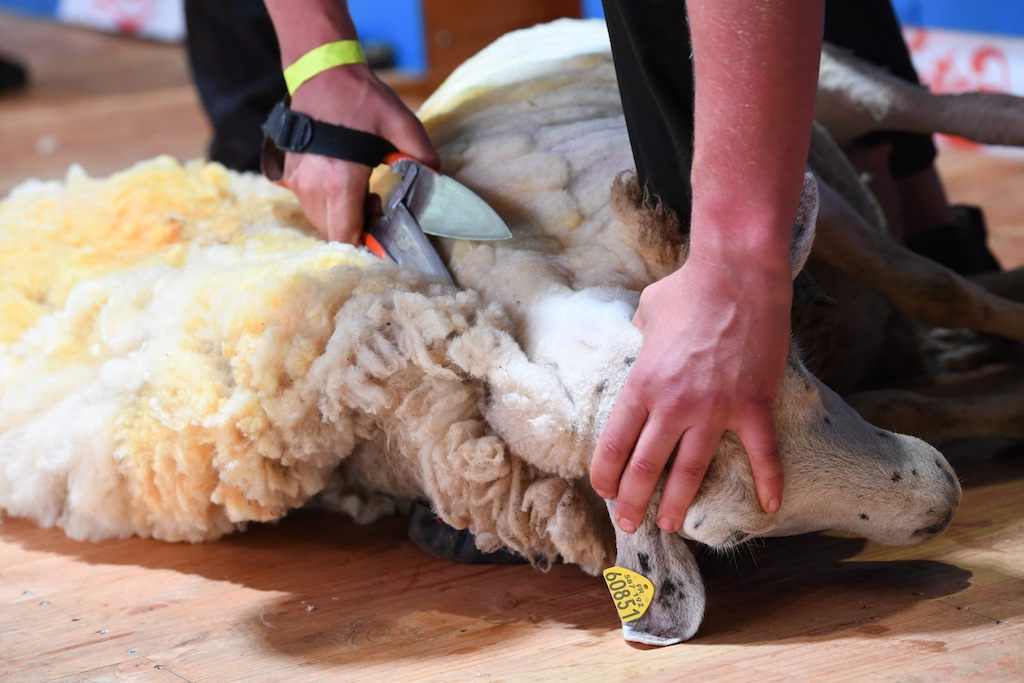 File: Wool prices are particularly volatile and difficult to forecast, given there is no reliable data on inventory levels around the world.

The slowdown is so severe that wool auction houses across Australia have cut the number of trading days after the usual demand from high-end European tailors dried up.

"There's a lack of competition at auction and they have the market to themselves," said Hart, who attended the auction in the Sydney suburb of Yennora this week.

Prices have almost halved from a year ago, when global demand for wool products was soaring at the same time supply was under threat during a prolonged drought ravaging Australian farms.

Wool prices are particularly volatile and difficult to forecast, given there is no reliable data on inventory levels around the world.

Border closures during the pandemic meant they could not get Australian wool into most of their usual destinations, three traders told Reuters. They can, however, export to China, where the COVID-19 pandemic began, as Beijing re-ignites its manufacturing engines. COVID-19 is the respiratory disease caused by the novel coronavirus.

"Suffice to say China is the only show in town," said Andrew Blanch, managing director of New England Wool, which is owned by an Italian textile maker.

END_OF_DOCUMENT_TOKEN_TO_BE_REPLACED

Try traditional 'roosterkoek' bread on your braai this Heritage Day