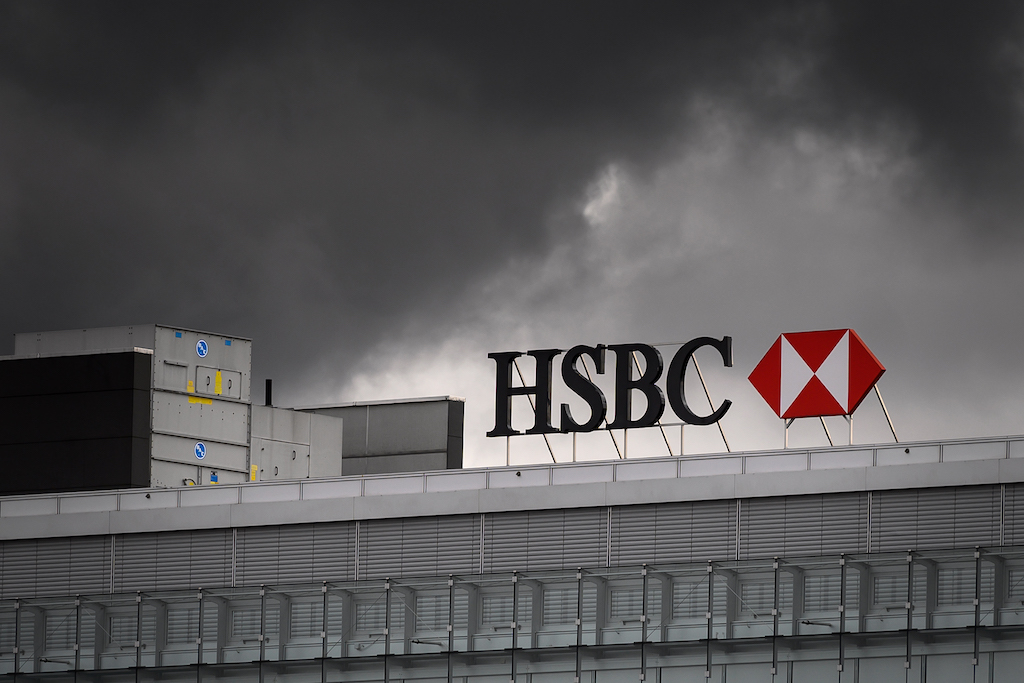 File: In addition to being named in the investigation, a report said HSBC might be on Beijing's "unreliable entity list" as part of a tit-for-tat stand-off with several western countries.

PARIS - Shares in major banks such as HSBC, Deutsche Bank and ING were hammered on Monday following allegations they had handled huge sums of dirty money for almost 20 years.

An investigation by Buzzfeed News and the International Consortium of Investigative Journalists (ICIJ) alleges that potentially dubious transfers worth about $2.0 trillion took place at a host of banks between 1999 and 2017.

Five banks -- JPMorgan Chase, HSBC, Standard Chartered, Deutsche Bank, and Bank of New York Mellon -- were specifically accused of continuing to move assets of alleged criminals, even after being fined for earlier failures to stem flows of dirty money.

In Frankfurt, Deutsche Bank's stock gave up 8.8 percent while Standard Chartered, another bank named in the international probe, was down by 5.8 percent in London.

Earlier in Hong Kong, HSBC shares fell to their lowest level in 25 years, closing with a loss of 5.3 percent.

In addition to being named in the investigation, a report said HSBC might be on Beijing's "unreliable entity list" as part of a tit-for-tat stand-off with several western countries.

The Dutch bank ING was also named in the probe, and its shares fell by 9.3 percent in Amsterdam.

Dutch media reported that an ING subsidiary in Poland had helped clients get suspect funds out of Russia for several years.

"Profits from deadly drug wars, fortunes embezzled from developing countries, and hard-earned savings stolen in a Ponzi scheme were all allowed to flow into and out of these financial institutions, despite warnings from the banks' own employees," the investigation found.

It was led by more than 100 international media outlets from 88 different countries and is based on over 2,000 suspicious activity reports (SARs) submitted to the US Treasury Department's financial law enforcement agency, FinCEN, by banks.

That said, "SARs are not crime or fraud reports, or evidence of wrongdoing, but alerts to potential instances of economic crime," noted UK Finance, a sector lobby group, in a statement sent to AFP.