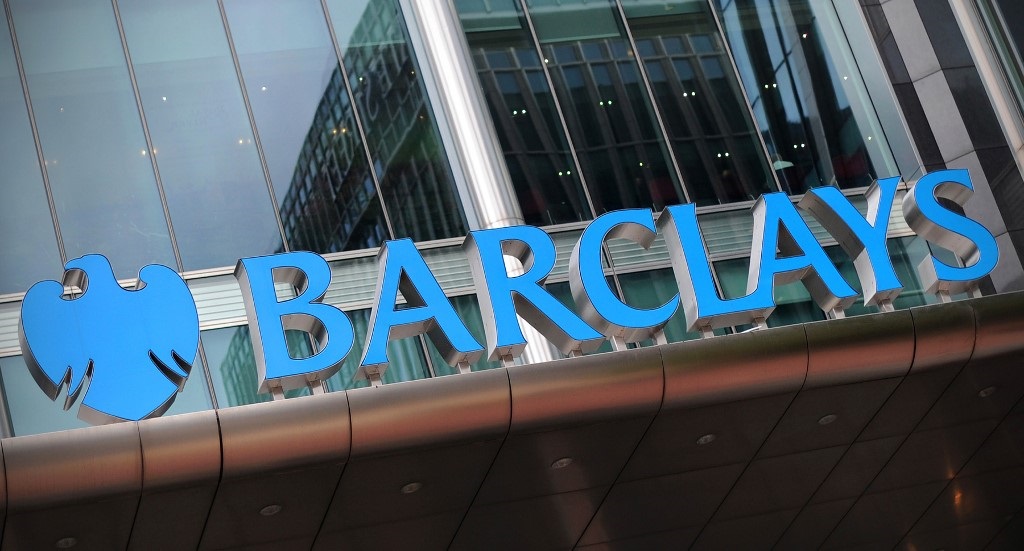 The Barclays bank headquarters is pictured in Canary Wharf in east London, on July 3, 2012.

The commission said Swiss banking giant UBS was not fined since it first revealed the collusion to the authorities.

"Traders of several internationally active banks have partially coordinated their conduct in two separate cartels," COMCO said in a statement, adding that they had fixed rates for a range of currencies, including US dollars, euros, British pounds and Swiss francs.

The first cartel was dubbed the "Three-way banana split" -- after the name of the online chat forum where the traders exchanged information -- and involved Barclays, Citigroup, JPMorgan, RBS and UBS. It ran from 2007 to 2013, COMCO said.

The second cartel was known as "Essex Express", since all of the traders involved except one lived in the county to the east of London and commuted on the same train. It involved Barclays, RBS, UBS and MUFG Bank, and ran from 2009 through 2012.

COMCO said that the penalties could have been higher, but that some of the banks agreed to cooperate with the commission and had "benefited from the leniency programme resulting in a reduction of the fine".

The regulation authority said it was continuing its investigation into Credit Suisse and that it had closed other probes against Julius Baer and Zurcher Kantonalbank.

Last month, the European Commission sanctioned the same banks more than $1-billion for the same offence.

Also in that case, UBS got away without a fine, since it was the first to reveal the cartel activity to the authorities.