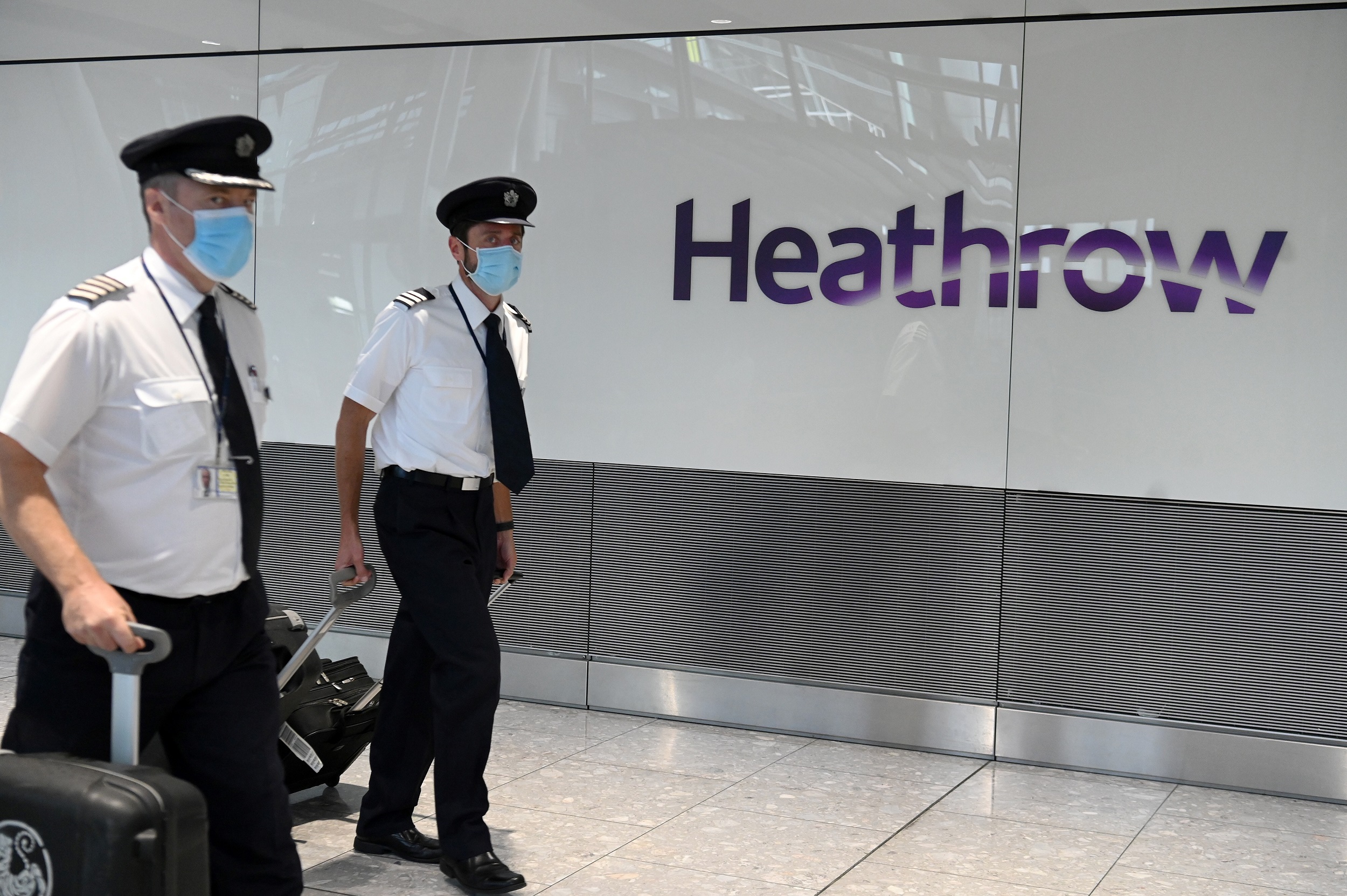 Air crew wearing face masks due to the COVID-19 pandemic arrive at Heathrow airport in London.

Members of the GMB and Unite trade unions have overwhelmingly backed the action, they said in separate statements, warning of a "summer of strikes" as the cost-of-living crisis worsens.

The staff, in customer-facing roles like check-in, voted by more than 90 percent in favour.

The unions did not give strike dates but noted they were likely to be held over the peak summer holiday period, threatening more chaos with airports already facing chronic staff shortages.

The grim news comes as UK rail workers stage the second of three days of strike action this week billed as the biggest in decades.

Workers are angry that pay has failed to keep pace with rocketing inflation, which struck a 40-year pinnacle at 9.1 percent in May and is widely forecast to hit double figures.

"BA have tried to offer our members crumbs from the table ... but this doesn't cut the mustard."

British Airways said it was "extremely disappointed" with the strike news, adding it had made a one-off 10 percent pay award which was accepted by the majority of other staff.

However, unions countered that their members had already agreed to a 10 percent pay cut last year when BA suffered vast losses on Covid fallout and slashed thousands of jobs.

Unite national officer for aviation, Oliver Richardson, added that BA had "insulted" staff with the award.

"They have insulted this workforce, slashing pay by 10 percent only to restore it to managers but not to our members," Richardson said.

"BA is treating its loyal workforce as second-class citizens and they will not put up with it a moment longer."

British Airways, which is owned by London-listed airline conglomerate IAG, added Thursday that it remained "fully committed" to find a solution.

"We will of course keep our customers updated about what this means for them as the situation evolves," the carrier added.

A Heathrow spokesperson told AFP that the group was liaising with British Airways and was seeking to help "minimise" any potential disruption for passengers.

Airlines and airports are already struggling to recruit staff as skies reopen after the lifting of Covid lockdowns, sparking travel turmoil and lengthy passenger queues -- despite booming demand as the pandemic recedes.