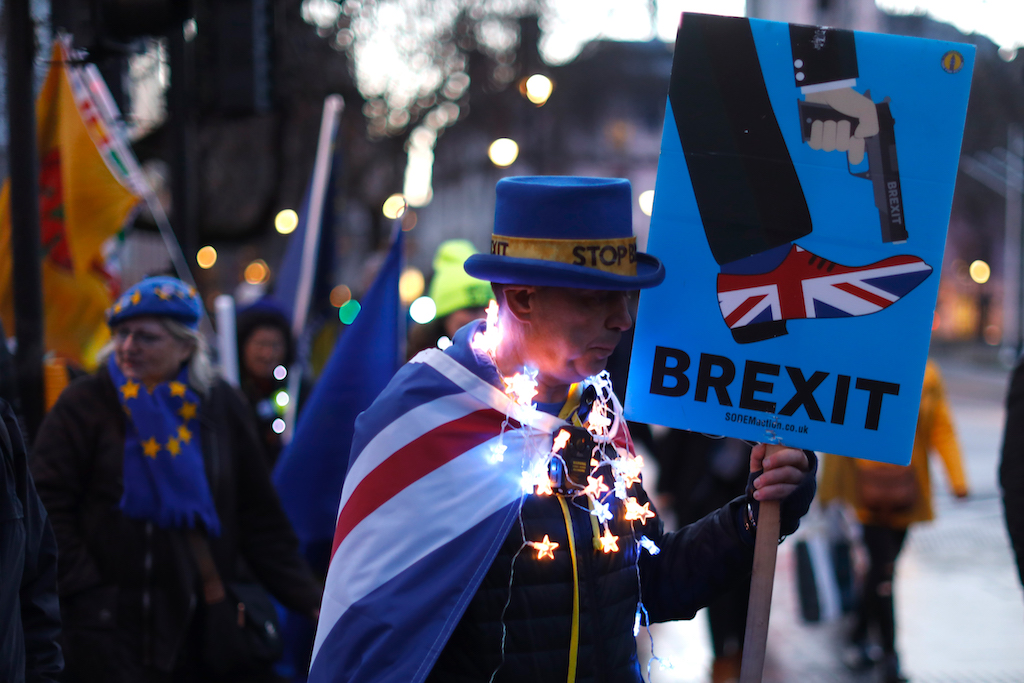 File: Brussels said it would not enter talks on future trade until London honours "the financial obligations the UK has made as a member state".

LONDON - British MPs will vote on Wednesday on whether the country should leave the EU without a deal in just over two weeks, after overwhelmingly rejecting a draft divorce agreement.

The House of Commons is expected to vote against a "no deal" Brexit, although this could still happen on March 29 unless it can agree on what should happen instead.

MPs on Tuesday rejected for a second time the withdrawal deal negotiated by Prime Minister Theresa May, despite her obtaining last-minute assurances from EU officials.

Some eurosceptics are now pressing to leave with no deal, but May warned this scenario could cause "significant economic shock" -- and many MPs agree with her.

If the "no-deal" option is voted down, the government is planning another Commons vote on Thursday on whether or not to request a Brexit delay.

But May warned: "Voting against leaving without a deal and for an extension does not solve the problems we face."

"The EU will want to know what use we mean to make of such an extension. This House will have to answer that question," she said, her voice half-breaking due to a cold.

"Does it wish to revoke Article 50?" she said, referring to the Brexit process. "Does it want to hold a second referendum?  Or does it want to leave with a deal but not this deal?"

British media have reported that May could make a desperate attempt at a third vote on her deal, hoping that Brexit hardliners will fall in line.

But Jeremy Corbyn, leader of the main opposition Labour party, said the text was "clearly dead" and urged her to back his own plan for closer economic ties with the EU.

A group of lawmakers will on Wednesday put forward an alternative proposal to delay Brexit until May 22 and agree a series of interim agreements with the EU lasting until 2021.

But Michel Barnier, the EU's chief Brexit negotiator, said Brussels had nothing more to offer and must now brace for the possibility of a messy divorce.

"The EU has done everything it can to help get the withdrawal agreement over the line," he tweeted after Tuesday's result.

"The impasse can only be solved in the #UK. Our 'no-deal' preparations are now more important than ever before."